Most of the paratypes were in surprisingly good condition, whereas the mounting medium around the holotype was dried out. SEM specimens were not available. See Table 1 View Table 1 for an overview.

The appearance of the species generally follows the original description by Schmidt (1974), and in particular the redescription by Higgins (1977a), hence the following notes only provide additional information not included in the two previous descriptions. For complete overview of measurements and dimensions, see Table 7 View Table 7 . Distribution of cuticular structures, i.e., sensory spots, glandular cell outlets, spines and tubes, is summarized in Table 8.

Spines and tubes are as described by Higgins (1977a), and middorsal spines on segments 5 to 8 extend well beyond the posterior margins of segments from which they originate ( Fig. 8A View Fig ). The line art illustrations provided with the redescription also summarize and show the distribution of glandular cell outlets type 1 correctly (white open circles in Higgins 1977a: figs 26–27), even though the nature of these structures are misinterpreted, mostly as sensory spots in the text. Same illustrations also picture laterodorsal glandular cell outlets type 2 on segment 8, and female papillae with a crescentic substructure in ventrolateral positions on segment 7 and ventromedial positions on segment 8. Our observations confirm the presence of these structures ( Fig. 8D View Fig ). The substructure of the female papillae is crescentic, as reported by Higgins (1977a), and in addition they also have a relatively strong tubular substructure.

Higgins (1977a) furthermore noted the short, curved midlateral tubes on segment 10 (described as “lateral spine of segment 12”, following the old terminology). We can confirm the distinct appearance of these tubes, and add that they, besides being curved, are conspicuously short and stout, and somewhat truncate ( Fig. 8G View Fig ), which make them differ from segment 10 tubes in other species examined for the present study. Another highly characteristic feature regards the shape of the lateral terminal spines. The proximal parts of the spines are conspicuously thick, or swollen, but around ⅓ from the proximal end the spines taper abruptly, and become very thin and nearly seta-like ( Fig. 8G View Fig ). Tergal extensions are triangular and well-spaced; sternal extensions are short with ventrolateral seta-like tuft of extended fringe tips. 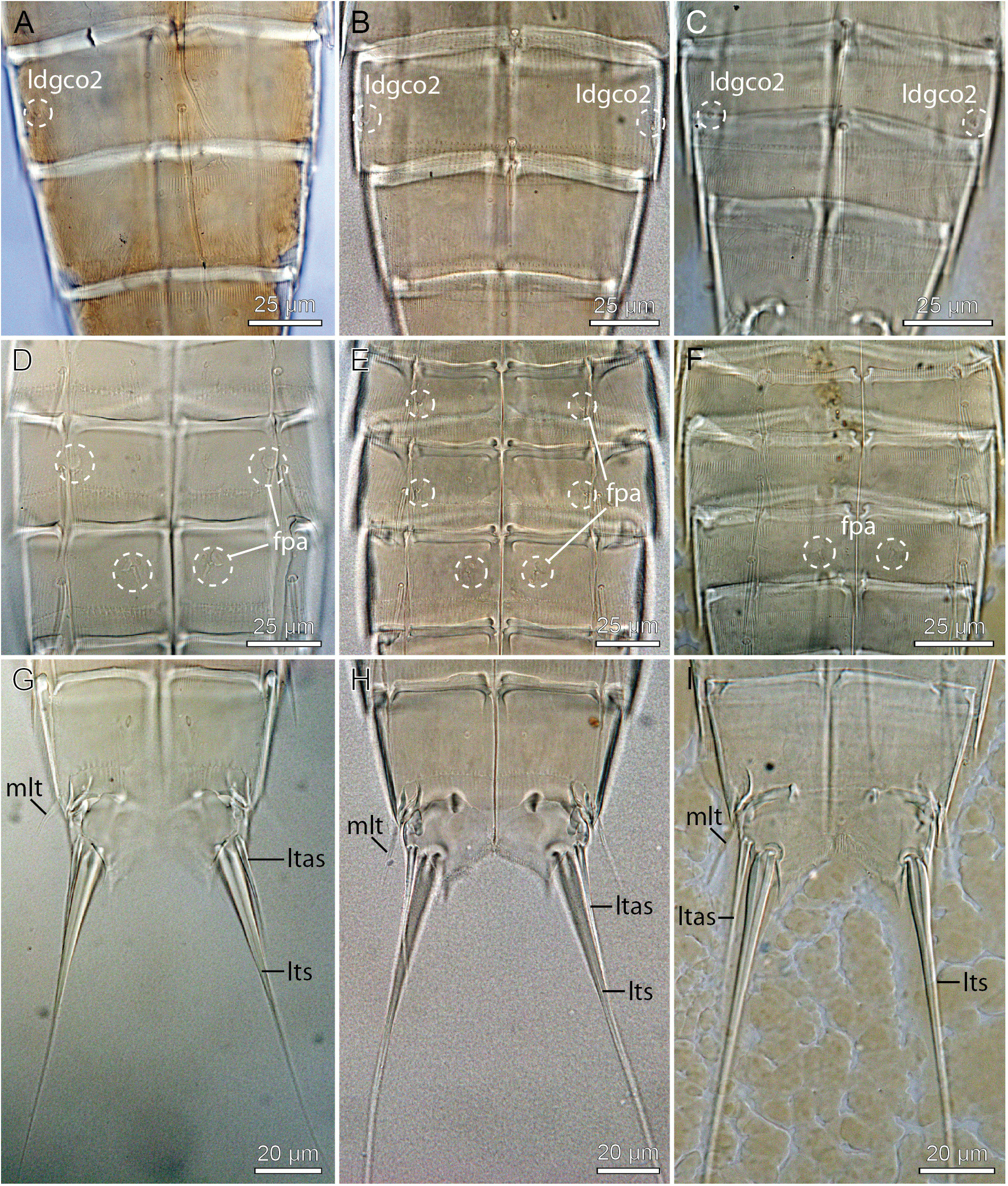