Remarks. This species has been variously assigned to the genera Calycella Hincks   , in Allman, 1864 (e.g., G.O. Sars 1874), Campanulina Van Beneden, 1847   (e.g., Bonnevie 1899), Lovenella Hincks, 1868   (e.g., Cornelius 1995a), and Opercularella Hincks, 1868   (e.g., Vervoort 1966). It also bears some resemblance to Egmundella Stechow, 1921b   in having pedicellate hydrothecae with a cone-shaped operculum, with a diaphragm basally, and with nematophores. However, unlike in E. gracilis Stechow, 1921b   , type species of that genus, its operculum is separated from the hydrothecal wall by a crease. Overall, its hydrothecae most closely resemble those of Lovenella   as defined by its type species L. clausa ( Lovén, 1836)   , and the binomen Lovenella producta (G.O. Sars, 1874)   , adopted by most recent authors ( Cornelius 1995a), is also kept here. The generic identity of L. producta   is likely to remain uncertain until more is known about its gonophores and life cycle.

Although gonophore type in Lovenella producta   has yet to be determined, gonothecae were briefly described by Storm (1882) and translated in Bonnevie (1899) (“...on the stolon, smooth, circular, somewhat compressed at the sides, with a short aperture”). Vervoort (1985) described a sac-shaped structure arising from the hydrorhiza that he thought might be a gonotheca in material from the Bay of Biscay, although there is some doubt about the identification of his material ( Cornelius 1995a). He found no distinct crease separating hydrothecal rim from operculum, as in material described and illustrated by G.O. Sars (1874), Jäderholm (1909), Kramp (1935b), Cornelius (1995a), and Schuchert (2001a), and no nematophores were noted on the hydrorhiza.

Lovenella producta   is a small and easily overlooked species, reported only occasionally even from its known centre of distribution in western Scandinavia. Besides records from the west coast of Norway (G.O. Sars 1874; Storm 1882; Bonnevie 1899; Cornelius 1995a; Mortensen & Fosså 2006), Christiansen (1972) collected it on four occasions in the Oslofjord, and Kramp (1935b) reported it from a location northwest of Hanstholm in Denmark. Scattered records of it exist from western Sweden (see Checklist). It is reportedly common on the Brattholmen Reef, Bergen, Norway ( Cornelius 1995a). 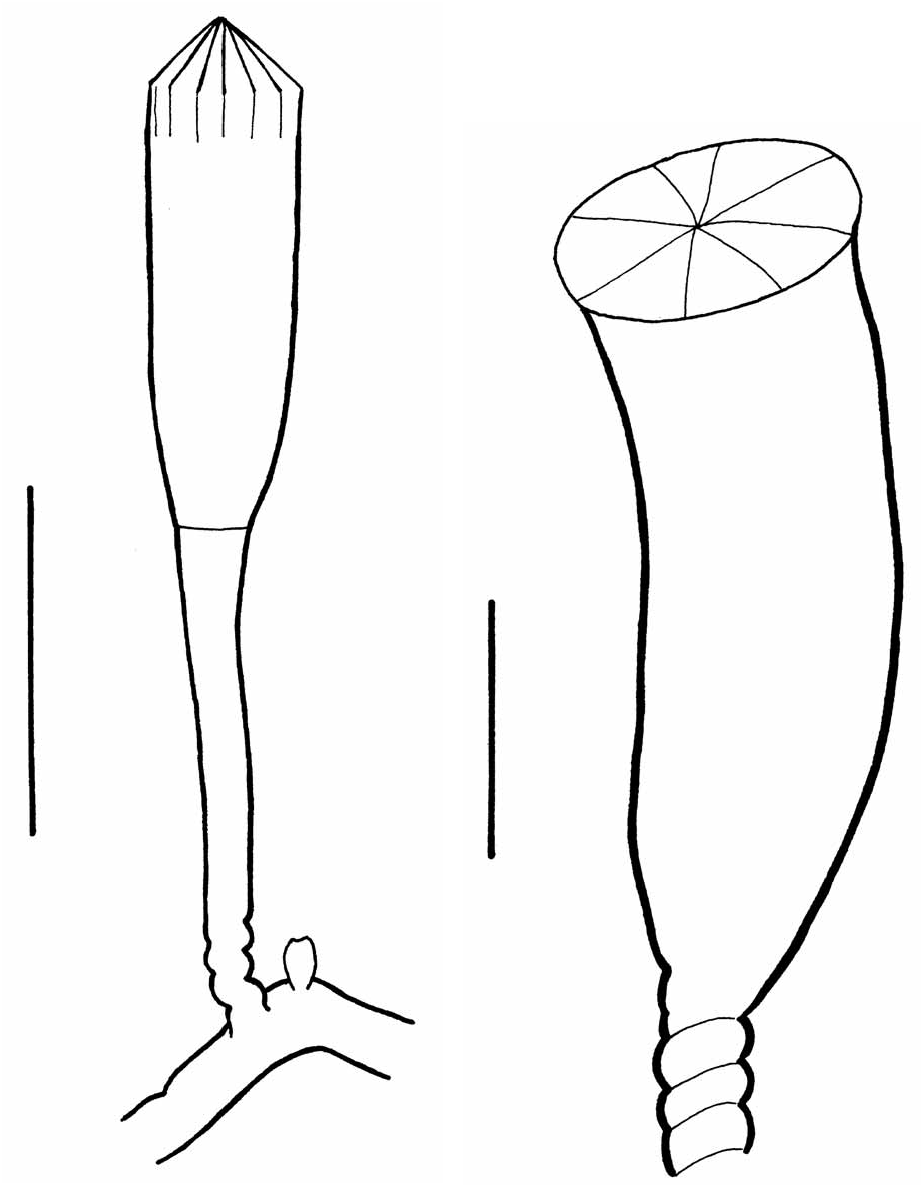