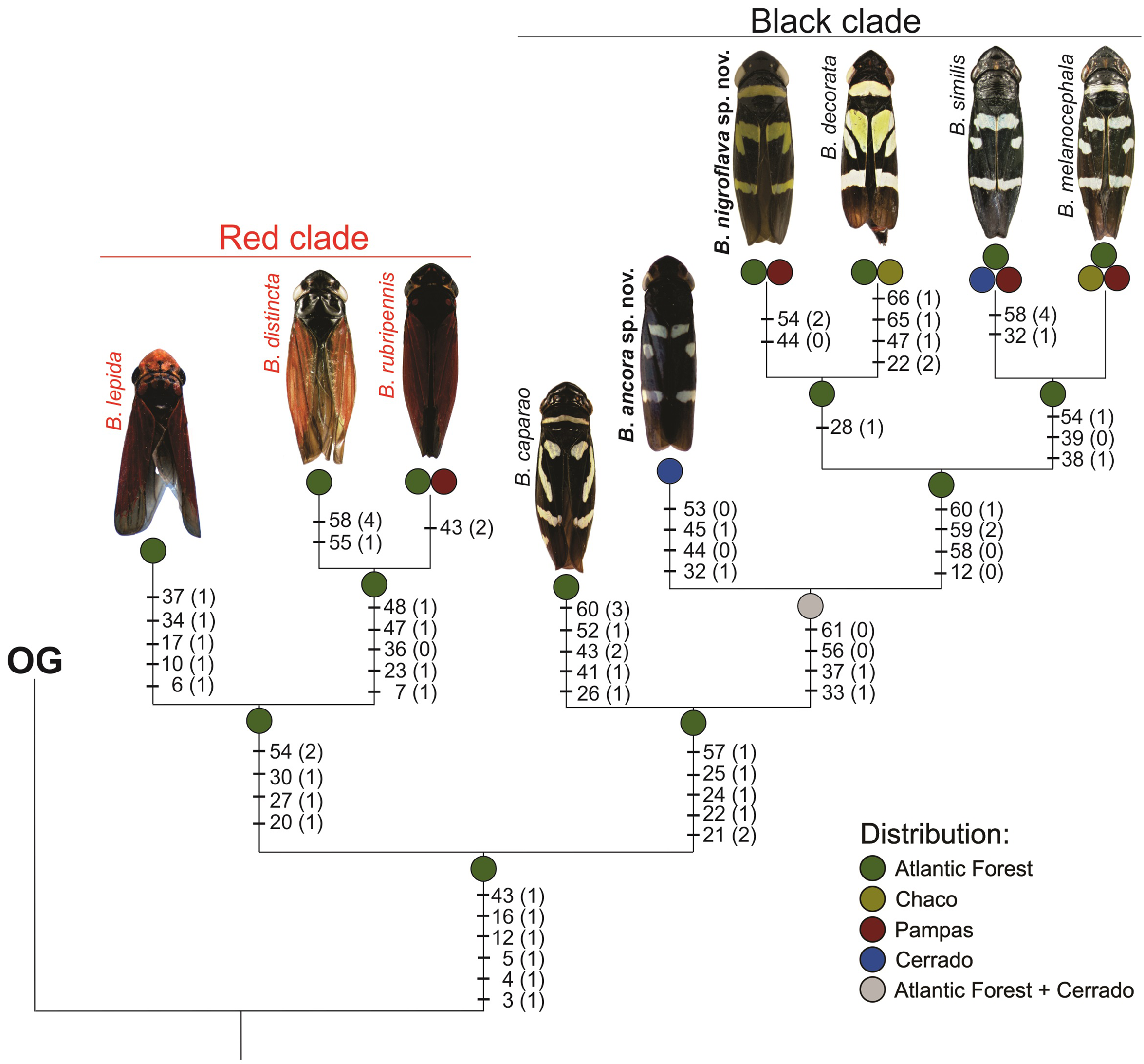 FIGURE 38. Preferred topology for the phylogenetic analysis of Balacha based on morphological data and obtained under implied weights (k = 1.599 to 7.412). OG: outgroup.Ancestral area distributions, as recovered by S-DIVA (based on eight equally most parsimonious trees under equal weights), and known distribution of species are given by colored circles. Each color represents an area shown in the accompanying maps (Figs 39 and 40). Sharpshooter images from Wilson et al. (2009), except those of B. lepida, B. rubripennis, and the two new species. 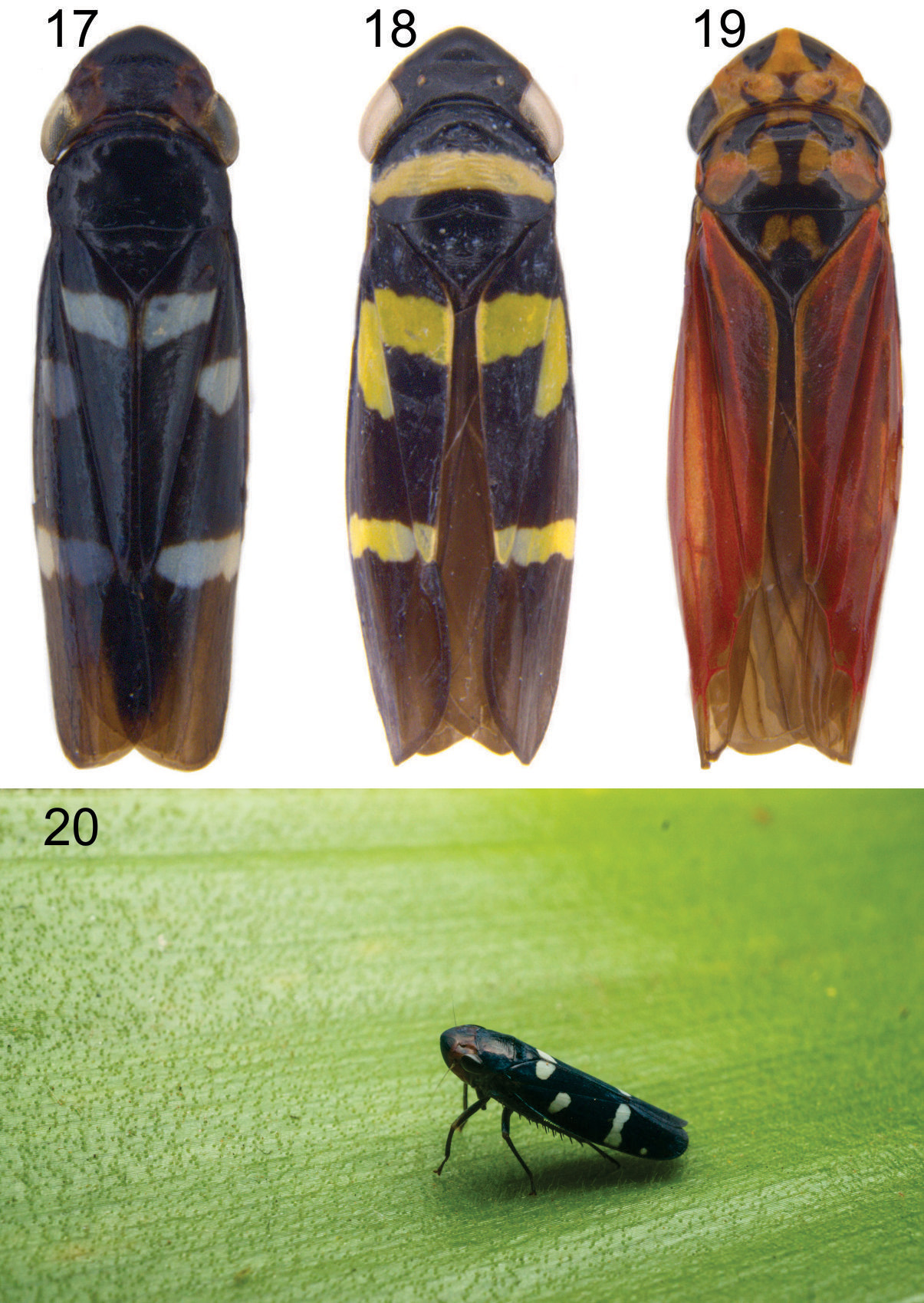 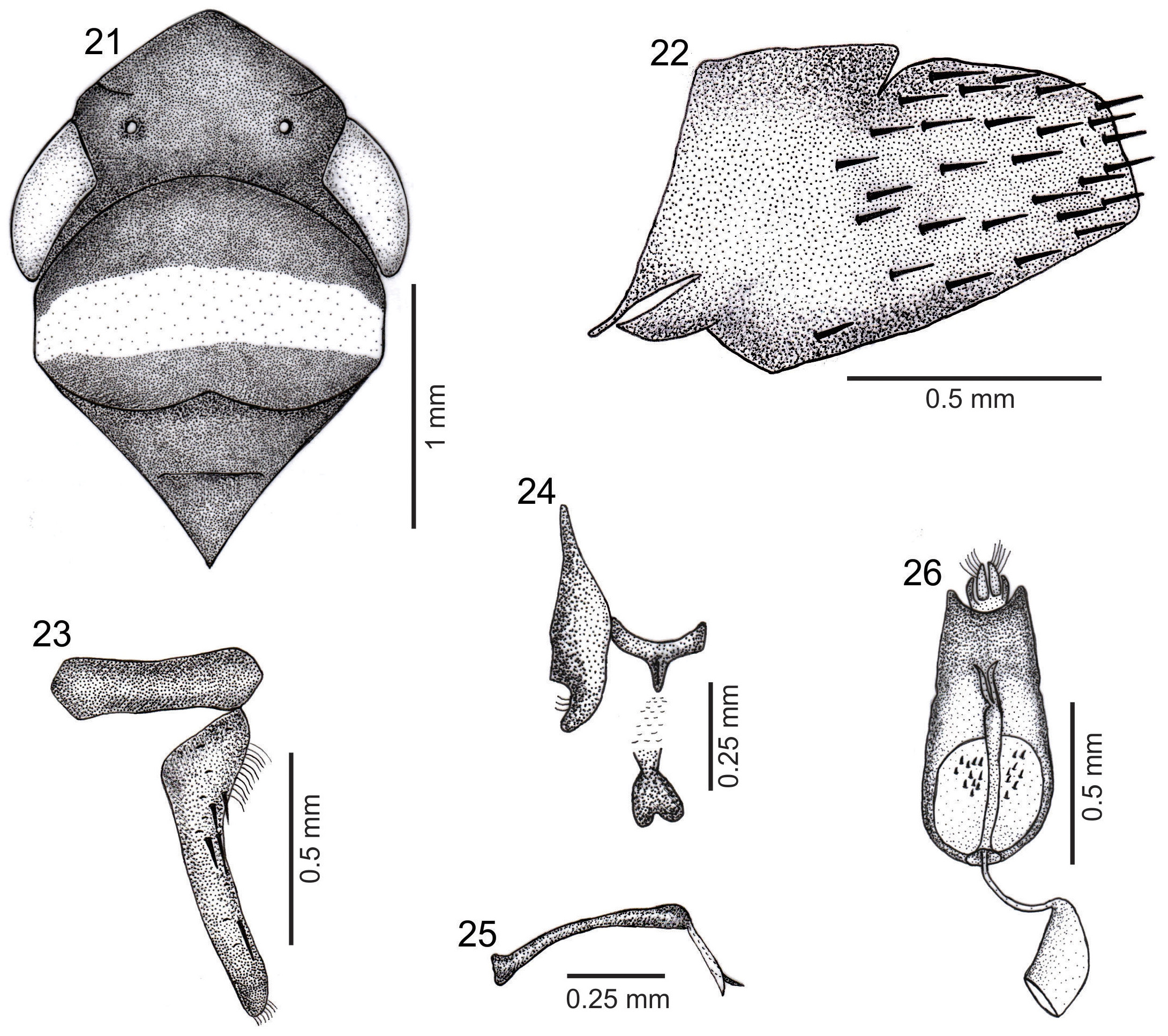