Diagnosis. Megalographa monoxyla   is recognizable by its pattern. The lack of silvery-white shading on the reniform spot, the silver stigma mark noticeably angled toward the costa basally, and the reddishbrown ground color with a bronzy hue are characteristic. The silver stigma is separated into two spots in one of three specimens examined. The hindwing is lighter than those of other Megalographa species   except M. bonaerensis   . In the male genitalia the clasper extends well beyond the costa of the valve; the clavus is reduced to a small process. The vesica is slightly upcurved, with a prominent dorsal bulge mesially and a slender apical cornutus. The sexes are similar. The female is known only from the holotype which has not been dissected.

Distribution and Habitat. Megalographa monoxyla   is known only from Peru and Bolivia and has a narrow distribution in the Andes. Its simple pattern and central distribution may indicate it has a basal position in the phylogeny of the genus. 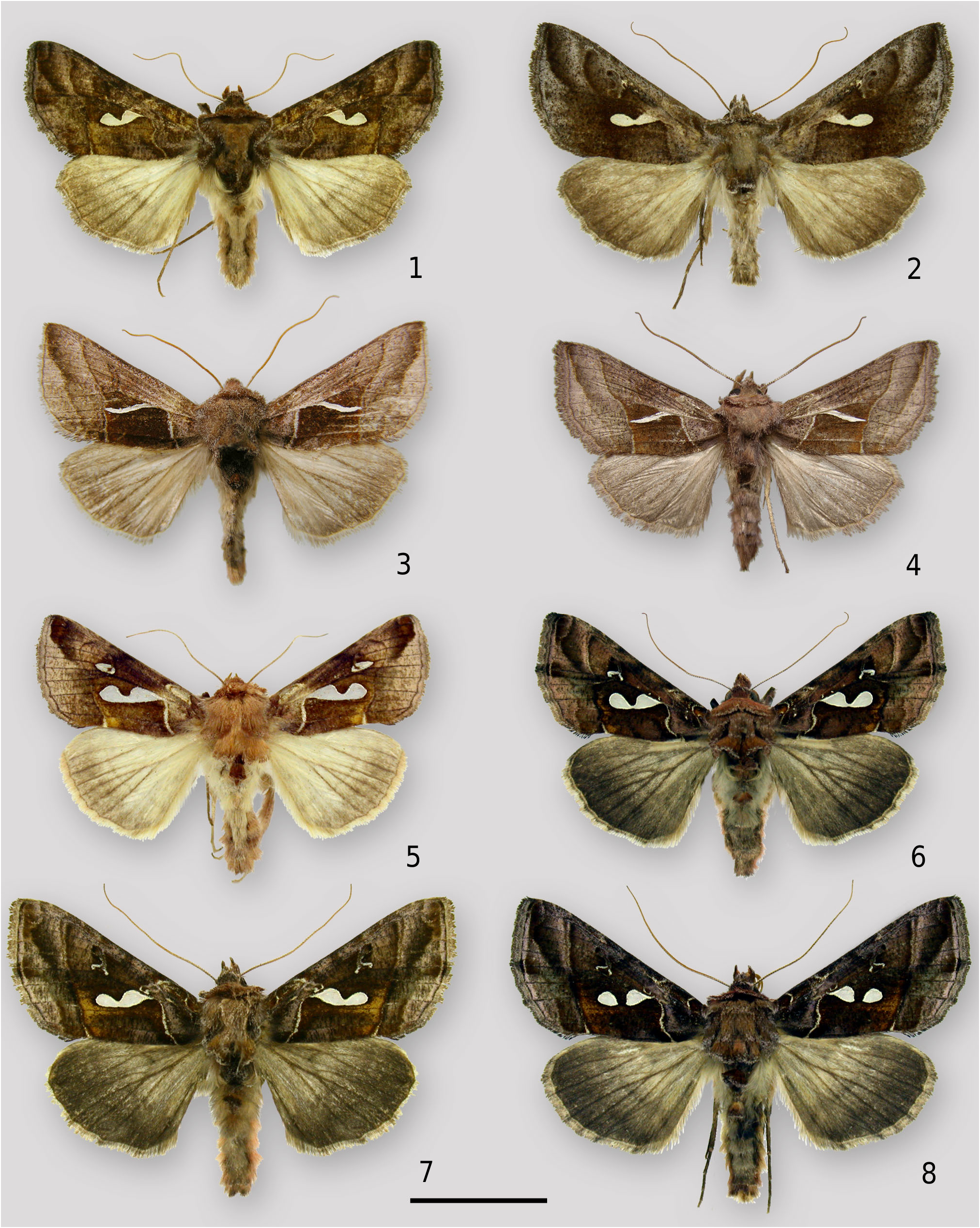