Diagnosis. Megalographa   was established to accommodate those New World plusiines with a bilobed silver stigma in the forewing. This stigma, which looks like two large joined adjacent hemispheres, is characteristic of all but one of the known species, although in three species the spots may be partially or completely separated. Although the genus ranges throughout the Americas (largely because M. biloba   is a migratory species) most species are found in the southern half of South America, particularly in the Andes. Lafontaine and Poole (1991) were aware of an undescribed species from the mountains of Costa Rica which we describe below.

Megalographa   is best characterized by genital characters. In the male genitalia the valve is relatively short and broad; the clavus at the base of the sacculus is a short process (longer in M. biloba   ); the vesica is short, 1.0–1.5X as long as the aedeagus and with a subbasal pouch and an apical pouch in four species and a distinctive canoe-shaped cornutus at the apex in four species. In the female genitalia the corpus bursae is long, slender, J-shaped, usually with a mesial twist; the corpus bursae usually is 2–4X as long as the ductus bursae but is 6X as long in M. talamanca   .

The larva of the well known and wide ranging M. biloba   is distinct among plusiines because the segments are covered dorsally with a fine pelage of moderately long white hairlike spines which become coarse, conical spinules ventrally. Male and female genitalia are typical of other New World plusiines which historically have been arranged in genera largely on the basis of their forewing patterns, particularly the stigma.

Discussion. Megalographa   would seem to be a genus of South American origin which spread northward via the species M. biloba   , a well known migrant. The undescribed species in Costa Rica and the genus Lophoplusia   may have originated from periodic migrations of a biloba   -like ancestor. 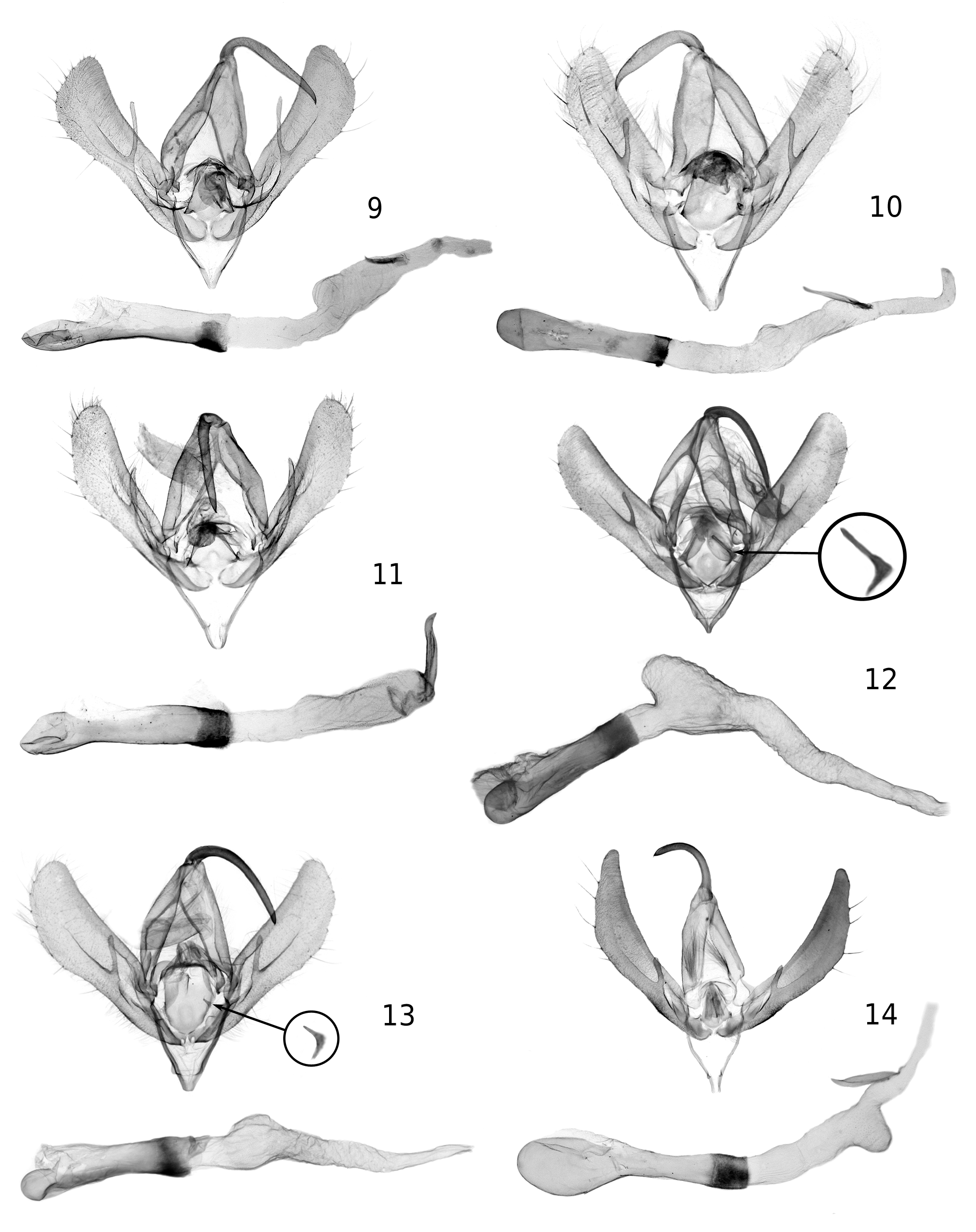