Diagnosis. The species can be differentiated from the other species of Pseudastenus   with elongate elytra by the totally light brown coloration of elytra and the only slightly darker coloration of the head. In contrast to all other Pseudastenus   species, the apical sclerites of the aedeagus have several hooks pointing laterally and not only one hook pointing backwards ( Fig 53 View FIGURES 48–54 ).

Etymology. The species name derived from the Brazilian state of Amazonas, where it was collected.

Biological notes. The two specimens of P. amazonicus   were collected in the inundation forest and floating meadows of the Rio Solimões. 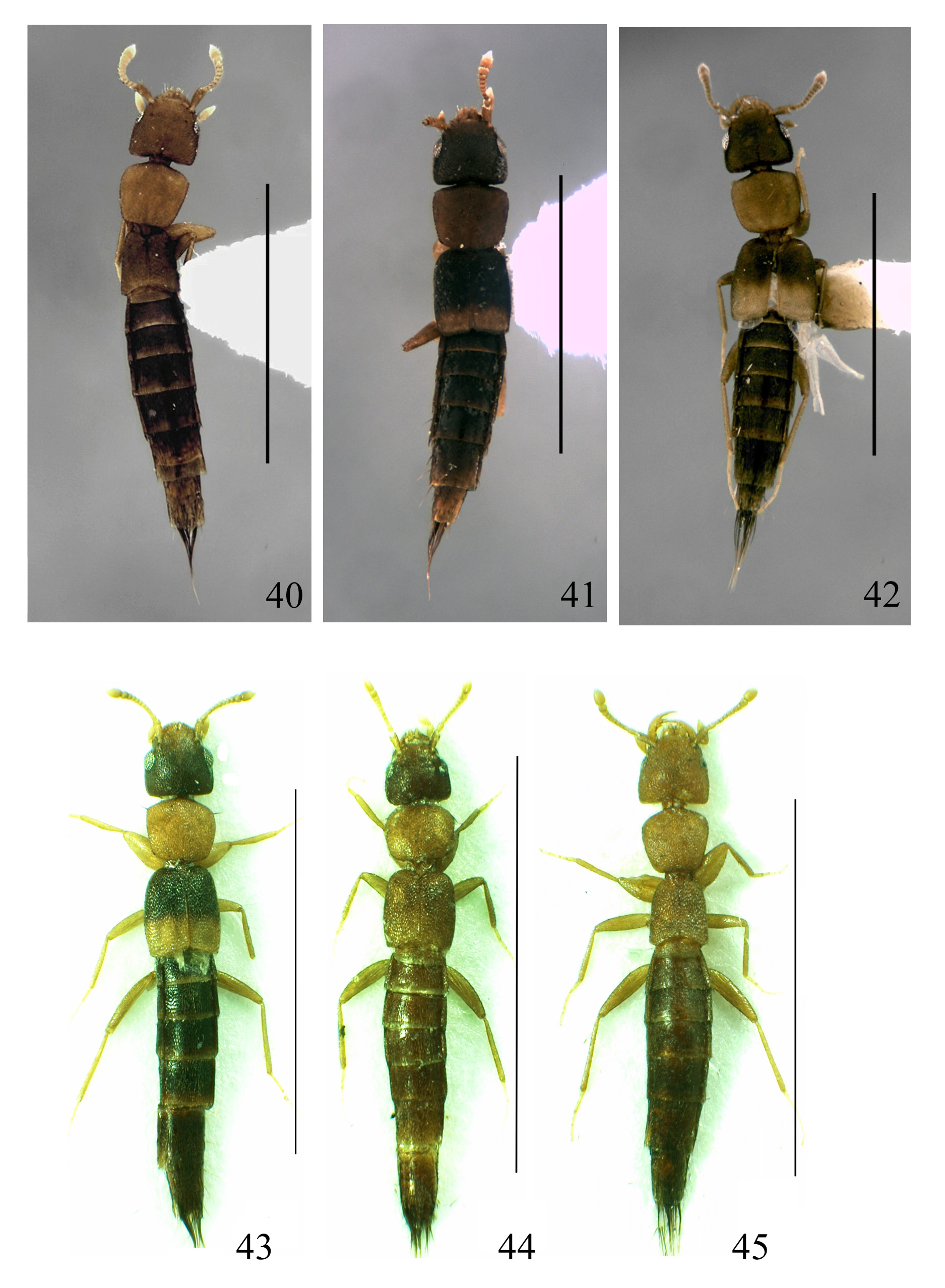