Diagnosis. Interstriae 10 sharply elevated to the level of metacoxae; protibiae with a small additional mesal tooth near tarsal insertion. Pronotum with coarse asperities on anterior two-thirds; female frons with long protuberant setae around a longitudinally shiny and impunctate callus.

Male. Similar to females except smaller (length 1.3¯ 1.4 mm, 2.3 × longer than wide), frons convex with about 10 erect pointing setae on lower half.

Biology and distribution. This species is only known from the type locality in the Atlantic rainforest of Brazil, collected from an unknown host plant. 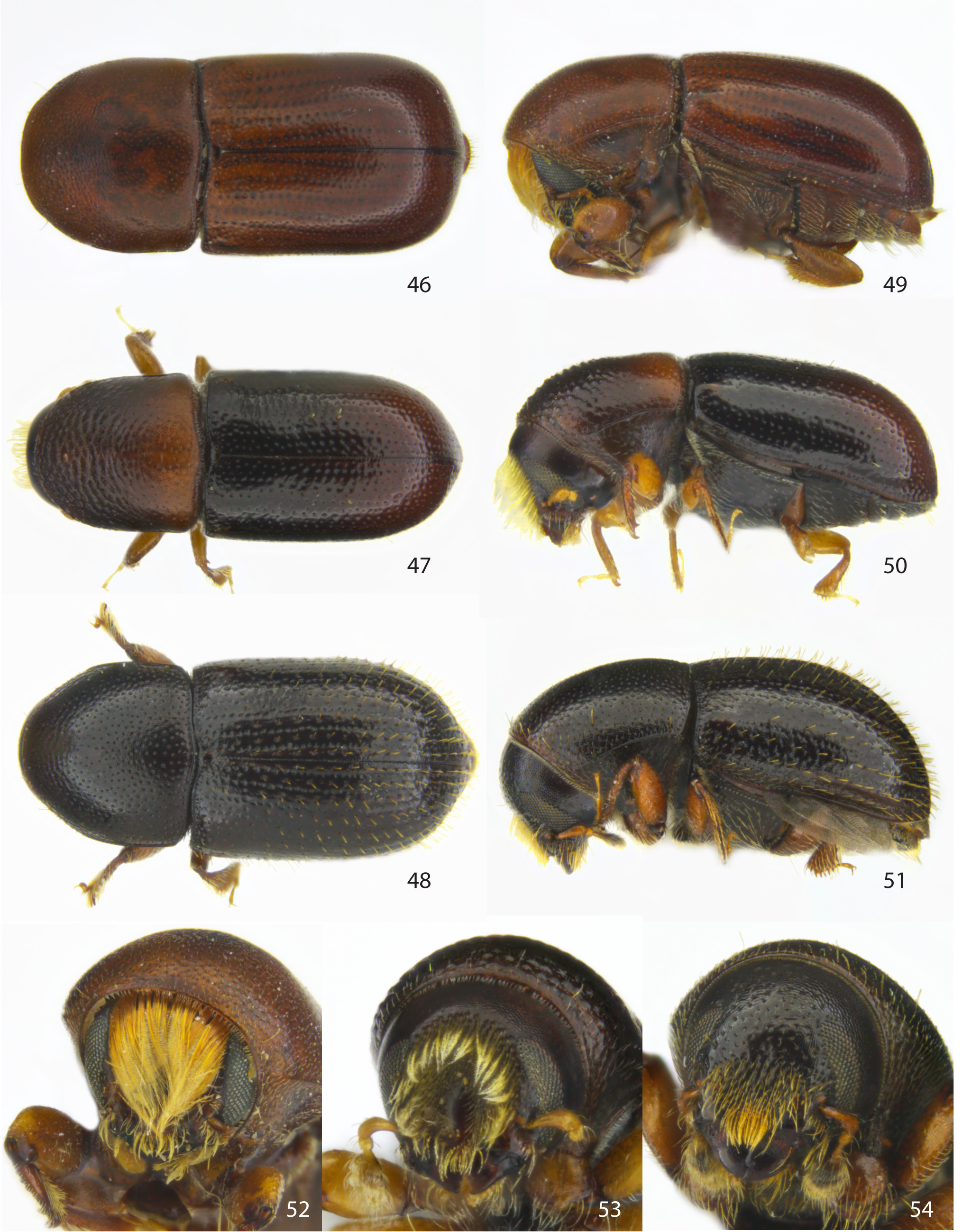