Diagnosis. The new species can be distinguished from its congeners in the male genitalia by the sacculus with a slender process arising from near the base of the dorsal margin extending outward parallelly with the dorsal margin to pre-apex of the sacculus, free and spine-shaped distally; and in the female genitalia by the corpus bursae with a large, sclerotized catenulate belt. It is similar to M. foliata Li, 2004   in the male genitalia, but can be distinguished by the valva ventrally convex before middle, which is convex beyond middle in M. foliata   ( Li & Wang 2004: 37, Fig. 6 View FIGURES 3‒8 ).

Etymology. The specific epithet of the new species is derived from the Latin catenatus, referring to the sclerotized catenulate belt from the ductus bursae to the corpus bursae. 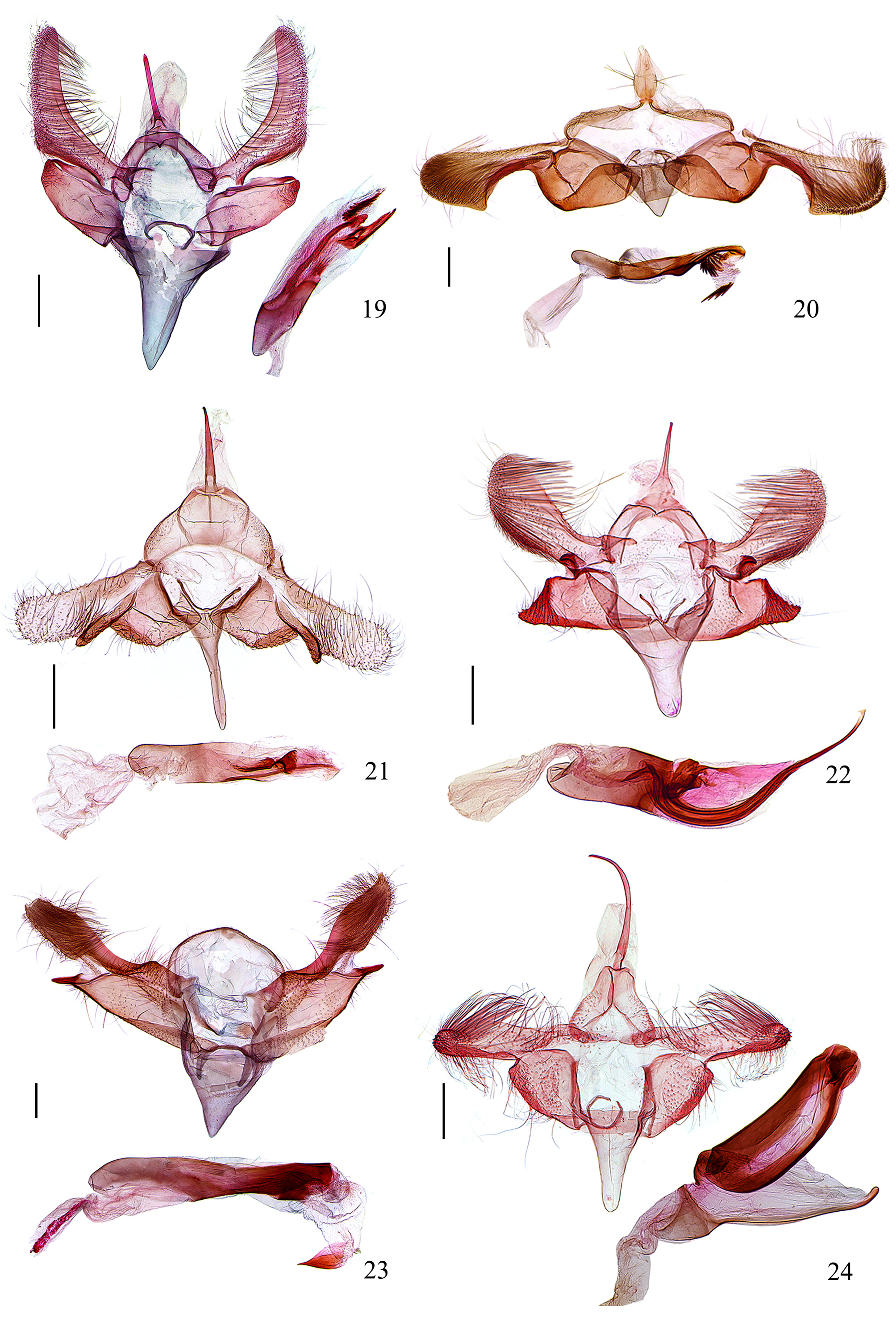