Etymology: The species name honours Gaspar Frutuoso (b. 1522 Ponta Delgada –d. 1591 Ribeira Grande), an early historian and chronicler of Macaronesia, who in the last years of his life wrote the huge work As Sáudades da Terra, in six volumes (not published until 1867). He is considered to be the first great historian of the Portuguese Atlantic islands. Frutuoso provided detailed ornithological information, including a list of the birds of São Miguel (Knecht & Scheer 1972).

Diagnosis: A small species of Otus   with forelimb elements (humerus, ulna and carpometacarpus) shorter than those of O. scops   , but with the femur, tibiotarsus and especially tarsometatarsus longer. The pelvis is shorter and broader than in Otus scops   . The premaxilla is less robust than in Otus scops   , with its tip less directed downward than in that species, giving a less pointed appearance in lateral view ( Figure 2 View FIGURE 2 ). The new species differs from the extinct O. mauli   in the significantly smaller size of all its bones (excepting the scapula and tarsometatarsus), especially the ulna and tibiotarsus (Table 1; Figures 3 View FIGURE 3 & 4 View FIGURE 4 ).

The percent difference is not the same for each bone and the differences are larger for distal ends of wing and leg (Table 1). The total length of the wing bones (humerus + ulna + carpometacarpus) is 14 % smaller in the new species than in O. scops   , while the total leg length (femur + tibiotarsus + tarsometatarsus) is 11.6 % greater in O. frutuosoi   than in O. scops   .

The area of the spread wing directly contributed by the humerus is smaller than that contributed by the ulna and carpometacarpus (see Figure 5 View FIGURE 5 ). The reduction of wing surface of O. frutuosoi   in comparison with O. scops   is mostly a factor of reduction in the distal wing elements, which are more shortened in O. frutuosoi   than the proximal ones. Such a differential reduction has been observed in other flightless birds, in which the shortening of the manus precedes the reduction in other wing elements (Nudds & Davidson 2010). Because the surface reduces as the square of linear dimensions, the reduction of the whole wing surface in O. frutuosoi   in relation to O. scops   may have been greater than 33 %. 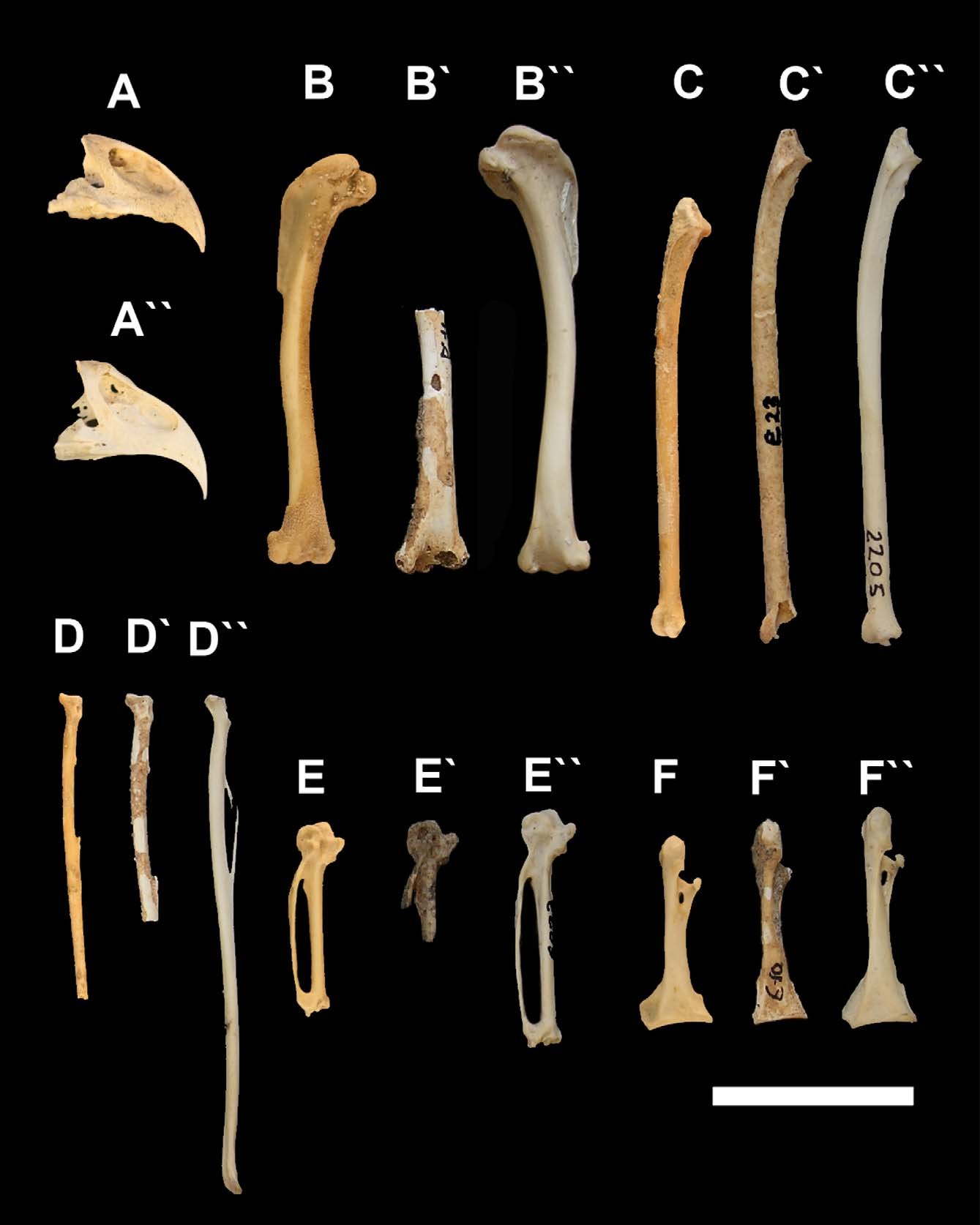 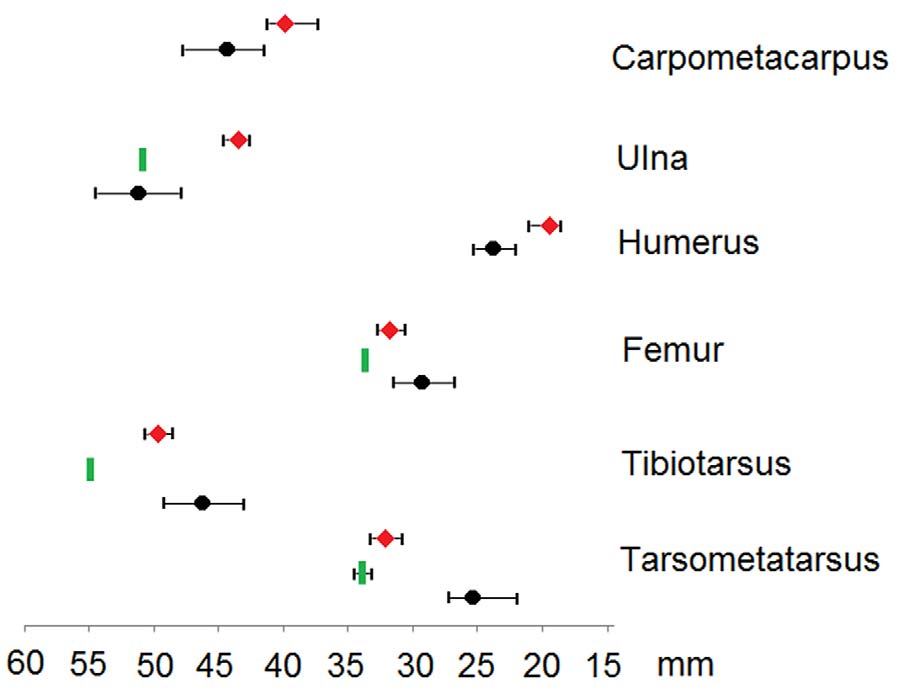 FIGURE 5. Right wing of Otus scops (above) and estimated maximum wing size of O. frutuosoi n. sp. (obtained by reducing the upper photograph to the size of the wing bones of the new species), both with the major elements in anatomical position. Scale = 4 cm.