Diagnosis. The species is difficult to distinguish from P. venetia  on external characters. However, the male genital structures differ substantially: the dorsal process of the valva is bent inwards into a projection as long as the terminal process outside of the angle in the new species, whereas it forms only a short spine on the inner side of the angle in P. v e n e t i a; the apical part of the ventral lobe of the valva is rounded and forms a small acute process dorsally, while in P. v e n e t i a, it is gently curved to a truncate apex. In the female genitalia, the posterior margin of the lamella postvaginalis is more concaved and the triangular processes on the lamella antevaginalis are boarder than those of P. venetia  .

Distribution. China ( Taiwan, Guangdong, Hainan, Hongkong, Guangxi, Yunnan). Etymology. The species named on the basis of Latin word crista  , which means crest or crown, referring to the shape of the terminal part of the dorsal process of the valva. 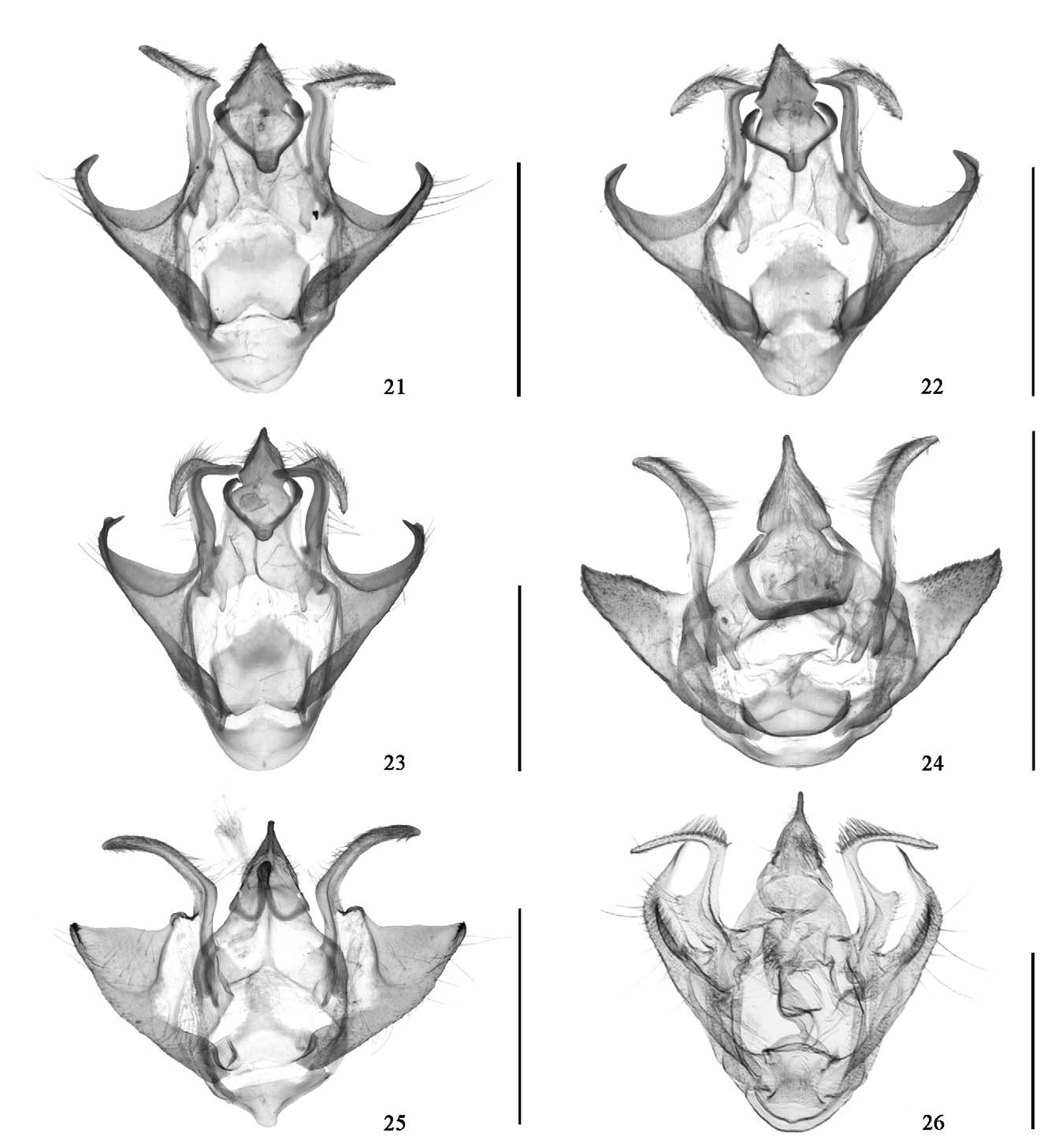