Diagnosis. Rhinopetitia   presents all the synapomorphic characters morphologically defining the Stevardiinae   as proposed by Mirande (2010, 2018), distinguishing the genus from all other non-stevardiin Characidae   . Within that subfamily, the genus can be unambiguously diagnosed from most other genera (except Bryconacidnus   , Ceratobranchia   and Rhinobrycon   ) by the teeth on the outer premaxillary series being at least as large as and completely covering those of the inner series (vs. teeth on the outer series distinctly smaller and shorther than those of the inner series). Rhinopetitia   further differs from other Stevardiinae   genera as well as from Rhinobrycon   by the reduction of the upper lip, exposing at least the crowns of teeth on the upper jaw (vs. upper lip completely or nearly covering teeth of the outer series, leaving only the tip of the central cusp exposed). The genus differs from Bryconacidnus   by the laterally bent ascending process of the premaxillary and the presence of four or more teeth on the outer premaxillary series (vs. ascending process of the premaxillary forming a straight angle with dentigerous portion of the bone; presence of one or two teeth on the outer series). Finally, Rhinopetitia   differs from Ceratobranchia   by the presence of a large rhinosphenoid synchondrally contacting the lateral ethmoids anteriorly and the anteroventral process of the orbitosphenoid posteriorly, the well-developed lower lip covering the dentary teeth, and the stout, short teeth of the inner premaxillary series (vs. rhinosphenoid absent or represented by a minute circular ossification not contacting the lateral ethmoid or the orbitosphenoid; the reduced lower lip exposing dentary teeth; inner premaxillary teeth pedunculate and distinctly compressed).

Remarks: Although Géry (1964) proposed the diagnosis of Rhinopetitia myersi   , and thereby the genus, based on the lack of the humeral blotch and the presence of an interrupted lateral line, among other characters, the specimens herein considered to be co-specific with R. myersi   all have a faint humeral blotch and a complete lateral line, contrasting with the condition as originally described. On the other hand all other characters included in the original description agree with those of the specimens herein assigned as R. myersi   . Therefore, this discrepancy might have been either due to Géry having based his description on a discolored specimen with an abnormal development of the lateral line canal, or missing scales on the caudal peduncle, which were wrongly interpreted as lacking a lateral line canal. With the latter being quite plausible given the current preservation state of the holotype of R. myersi   . Hence, all Rhinopetitia   are considered herein species with variably conspicuous humeral blotch and complete lateral line.

All the specimens examined are from the waters draining the Brazilian shield to the Amazon basin, and following the misidentification highlighted by Netto-Ferreira et al. (2016), most specimens examined herein were found in collections preliminary identified as Knodus   sp., Knodus heteresthes   (non-Eigenmann), or Bryconamericus   sp. In all the species the body scales have two radii directed vertically from focus and opposed to each other ( Fig. 1 View FIGURE 1 ) and a small gill-gland is present only in mature males formed by the coalescence of the first 8–10 ceratobranchial gill filaments ( Fig. 2 View FIGURE 2 ). 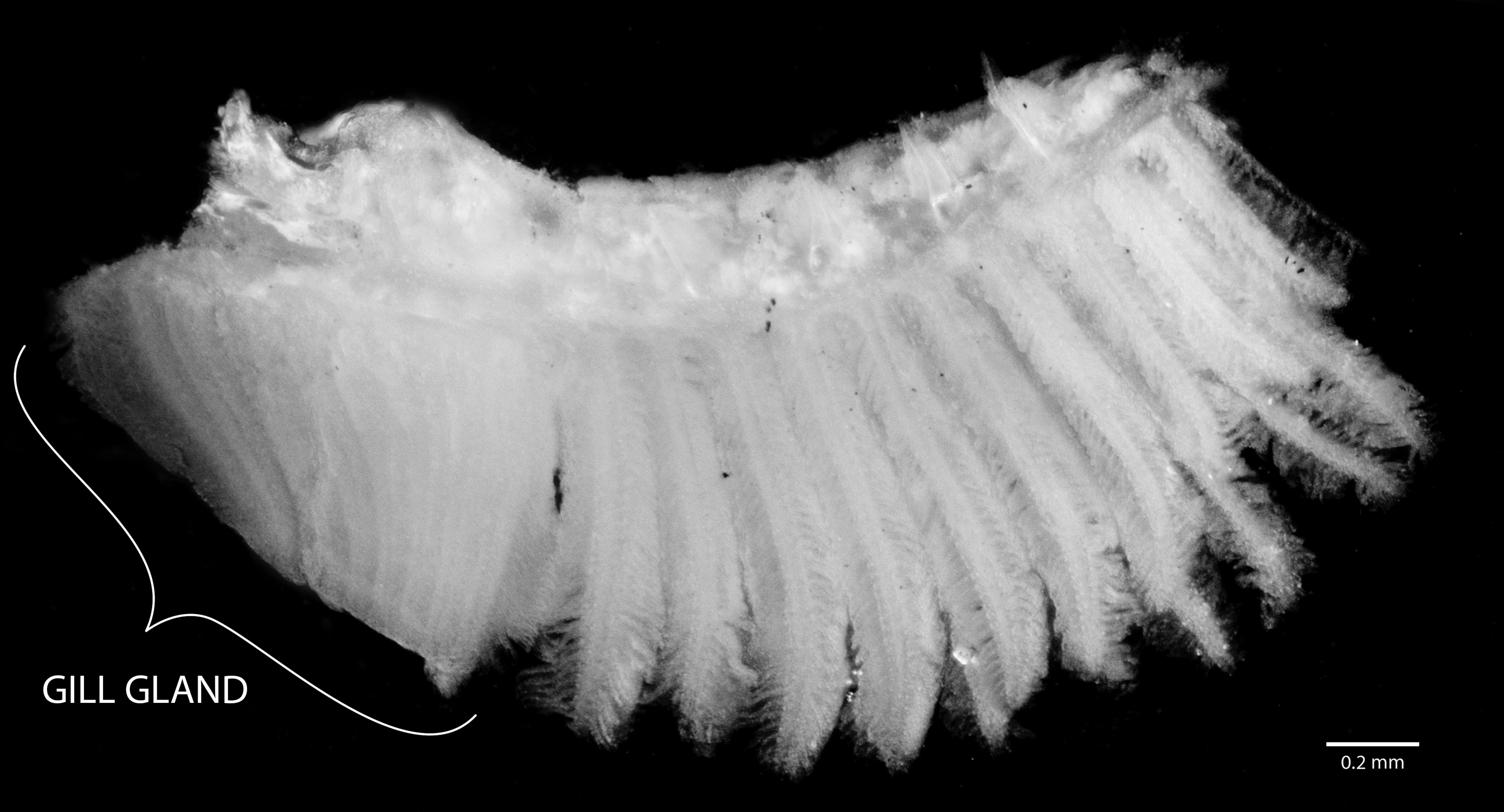