Description. The following redescription is based on the 3 Bolivian types plus 2 additional female specimens from there, 2 males and 3 females from Colombia, and a series of 36 specimens, including both sexes, from Ecuador. Measurements and ratios are given for each of the 3 type specimens (male holotype first, the larger then smaller female paratype “ allotype ”) and as a range (including the types) for all of 10 specimens measured which included largest and smallest seen. Length, types: 4.7, 4.3, 4.2 mm, all specimens: 5.9– 4.2 mm; elongate, total length to maximum elytral breadth, types: 48.4, 45.6, 44.6:10.0, all specimens: 49.0–45.1:10.0; general appearance sub-cylindrical, very dark brown, shiny, glabrous.

Head. Transverse (breadth to length ratio, about 15:10); anterior margin moderately emarginate, lateral margins slightly raised in front of eyes, slight depression above antennal insertions; densely punctured, particularly towards eyes and back of head, becoming rough behind eyes, in front region of head punctures comparatively smaller and more widely separated, in general many punctures seem to be derived from pairs of punctures; surface between punctures shallowly microreticulate, less shining than rest of body; eyes in dorsal view small, dorsal separation variable, types 13x–11x, all specimens 11–17× maximum breadth of eye in dorsal view, facets fine; antennae robust, two or three basal antennomeres hidden from above, 9 and 10 transverse, more so in some specimens than in others (compare Fig. 71 and 74 View Figures 70–74 ); antennal grooves (beneath head) slightly convergent, most similar to those of C. wheeleri   ( Fig. 63 View Figures 52–63 ).

microsculpture present but difficult to see. Slight depressions, apparently abnormal, are present on basal third of the disc of holotype, and allotype, which seems to be teneral, has a large abnormal discal depression.

Elytra. Elongate, 3× as long as broad, with slight rim along suture mainly on apical third and narrow marginal rim, latter mostly hidden in dorsal view; each elytron with 9 rows of punctures forming striae, eighth fine, ninth obsolete; a microscopic puncture bearing a minute seta in front of each strial puncture.

Metasternum. With a short longitudinal median carina just before forked apex ( Fig. 72 View Figures 70–74 ), not present in other species seen.

Male genitalia. ( Fig. 75–79 View Figures 75–79 ) Parameres with long setae at apex and along apical three fifths of outer margin, number variable, about 9–17 (Bolivian holotype about 16–17) rest of outer margin without setae, surface with many short setae, parameres may be slightly more tapered to a narrower apex than illustrated; median lobe broad, apex very slightly rounded, sides sub-parallel from apex to basal half then sinuate to base, band of short setae present towards base ( Fig. 75 View Figures 75–79 ); area towards ostium without conspicuous bordering rods, only darker sclerotized borders developed ( Fig. 75–77 View Figures 75–79 ); internal sac with pair of sclerites at apex near ejaculatory duct, two groups of fine spines (basal half of spines broad) below sclerites, followed medially by some transparent sickle shaped spines with an inner median tooth, these within similarly transparent fine spines that cover the basal half of the sac ( Fig. 78 View Figures 75–79 ); sternite 8 with a few long marginal setae, sternite 9 with some short marginal setae and a group of minute ones present at apex ( Fig. 79 View Figures 75–79 ).

Distribution and habitat. As far as the author is aware, this species has only been found in Bolivia, Colombia and Ecuador. According to Barber (1928) the types were collected in hollow swellings (myrmecodomatia) at the forking of twigs of an ant-sheltering tree, Cordia alliodora Ruitz and Pavon   , where the beetles were attending coccids. The specimens from Colombia and Ecuador were also found in this habitat with coccids. Apart from tropical transition forest, habitat data was not recorded for “the other two” Bolivian specimens mentioned below.

Material examined. Types: As a result of enquiries made by the author over two decades ago, Dr. John M. Kingsolver discovered three types, 1 male and 2 females (the original description of C. cordiae   was based on three specimens including one male) all with the USNM Type No. 26488, the number recorded by Barber (1928) for C. cordiae   , and with all characters described by him. However, Dr. Kingsolver found these specimens were labelled “ Coccidotrophus huachianus Barber   ” [manuscript name] not C. cordiae   , and “ Tachigalia   ” not Cordia alliodora   as given in the description. Nevertheless, the locality label includes Huachi, which is correct, and Dr. Kingsolver was sure that these three specimens must represent the type series of C. cordiae   . He thought that both the name and host labels were probably a lapsus and placed explanatory labels, one for the holotype and one for the paratypes in the trays containing them. Having examined these specimens, the author agrees with Dr. Kingsolver and accepts them as the types of C. cordiae   . The holotype and paratypes in the USNM bear the following data labels: “no 7a ex stem Tachigalia   [handwritten] / Huachi RIO BENI BOLIV Sept. W M MANN / MULFORD BIOLOGI- CAL EXPLORATION 1921-22 [printed] / Coccidotrophus huachianus Barber   [unpublished name, handwritten] U.S. N.M.Type No. 26488 [red type label]”   ; “Type” [holotype], allotype and paratype, being so labelled. However, the paratype lacks the “MULFORD BIOLOGICAL EXPLORATION 1921-22 [printed]” label. 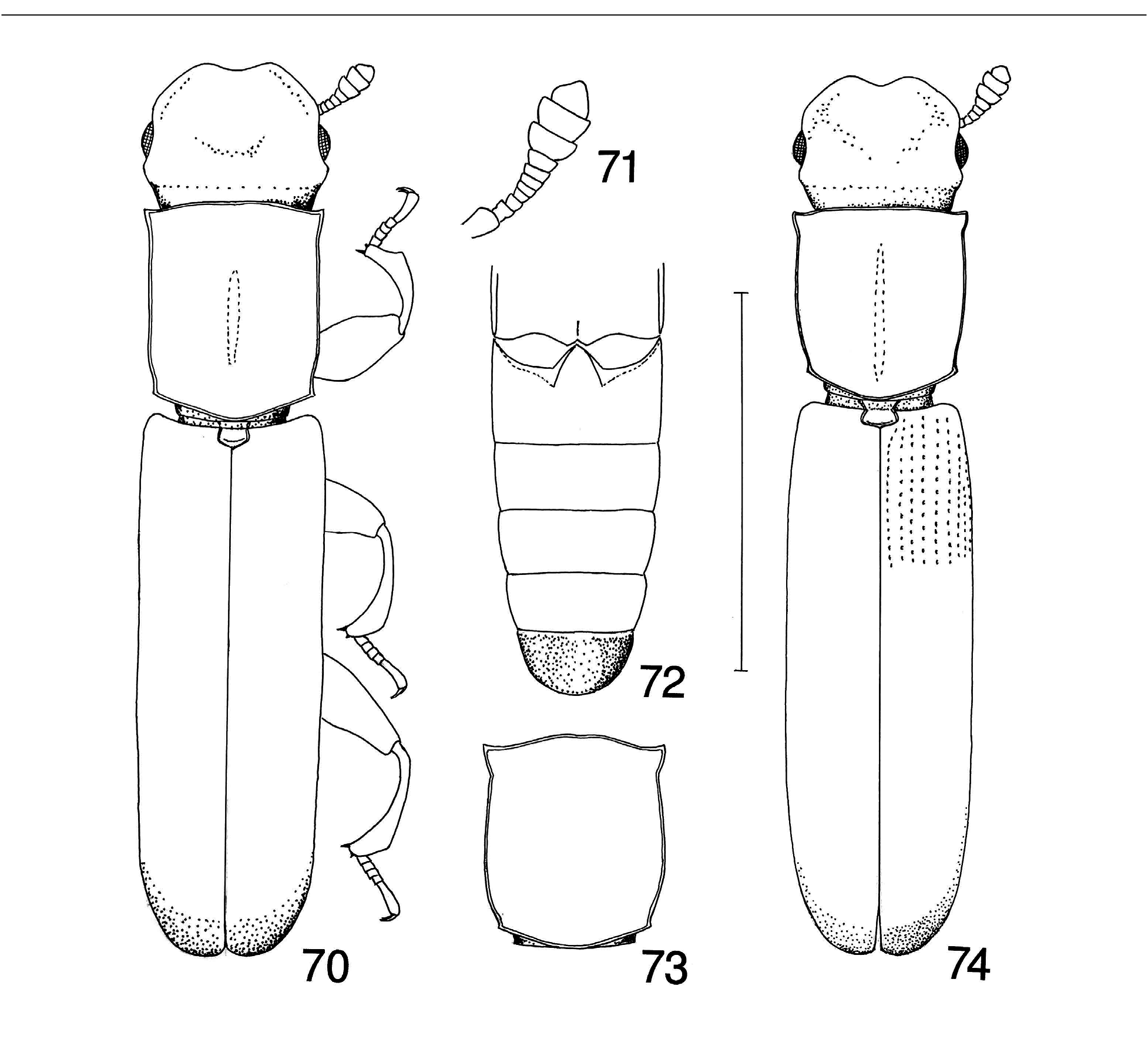 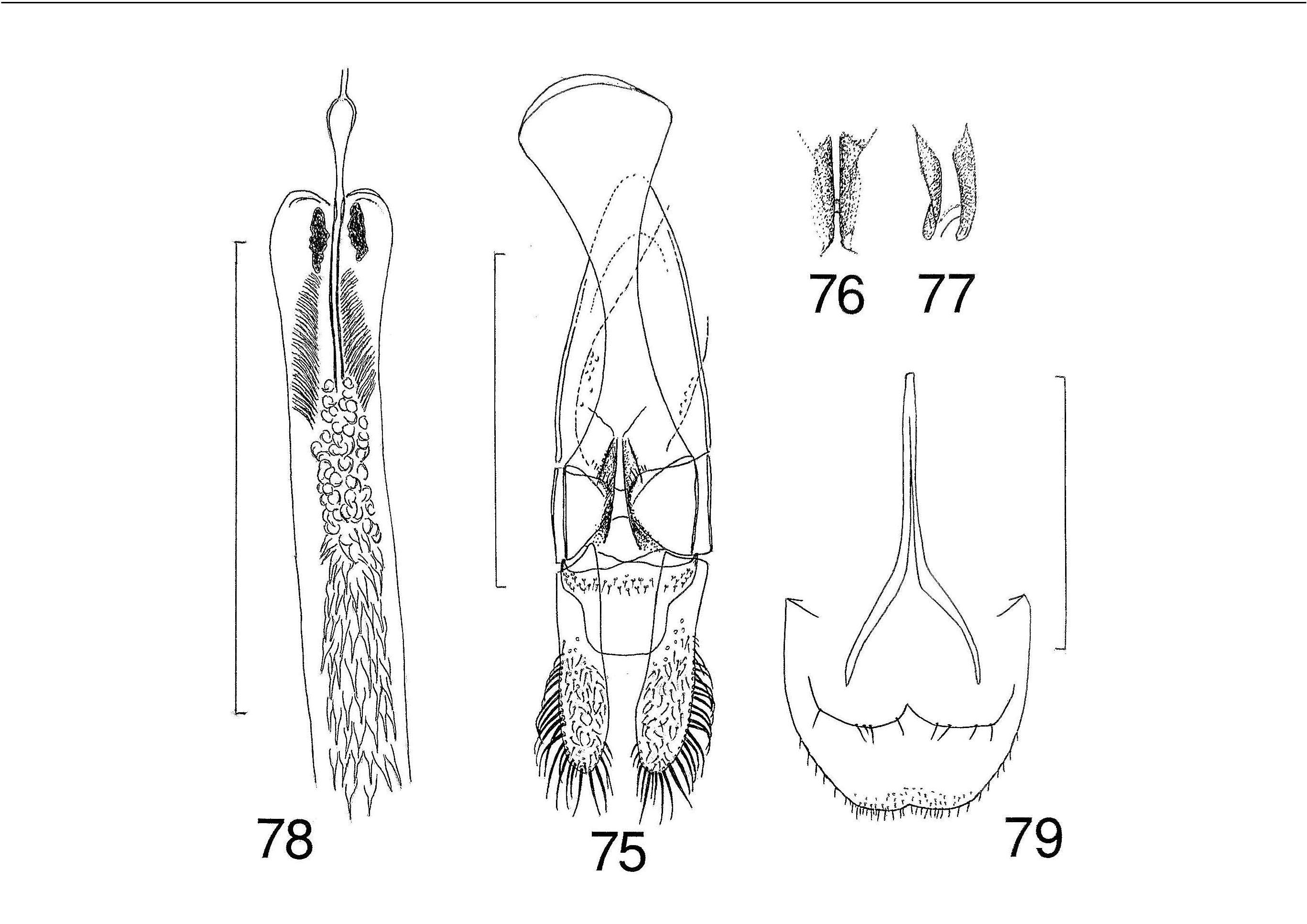 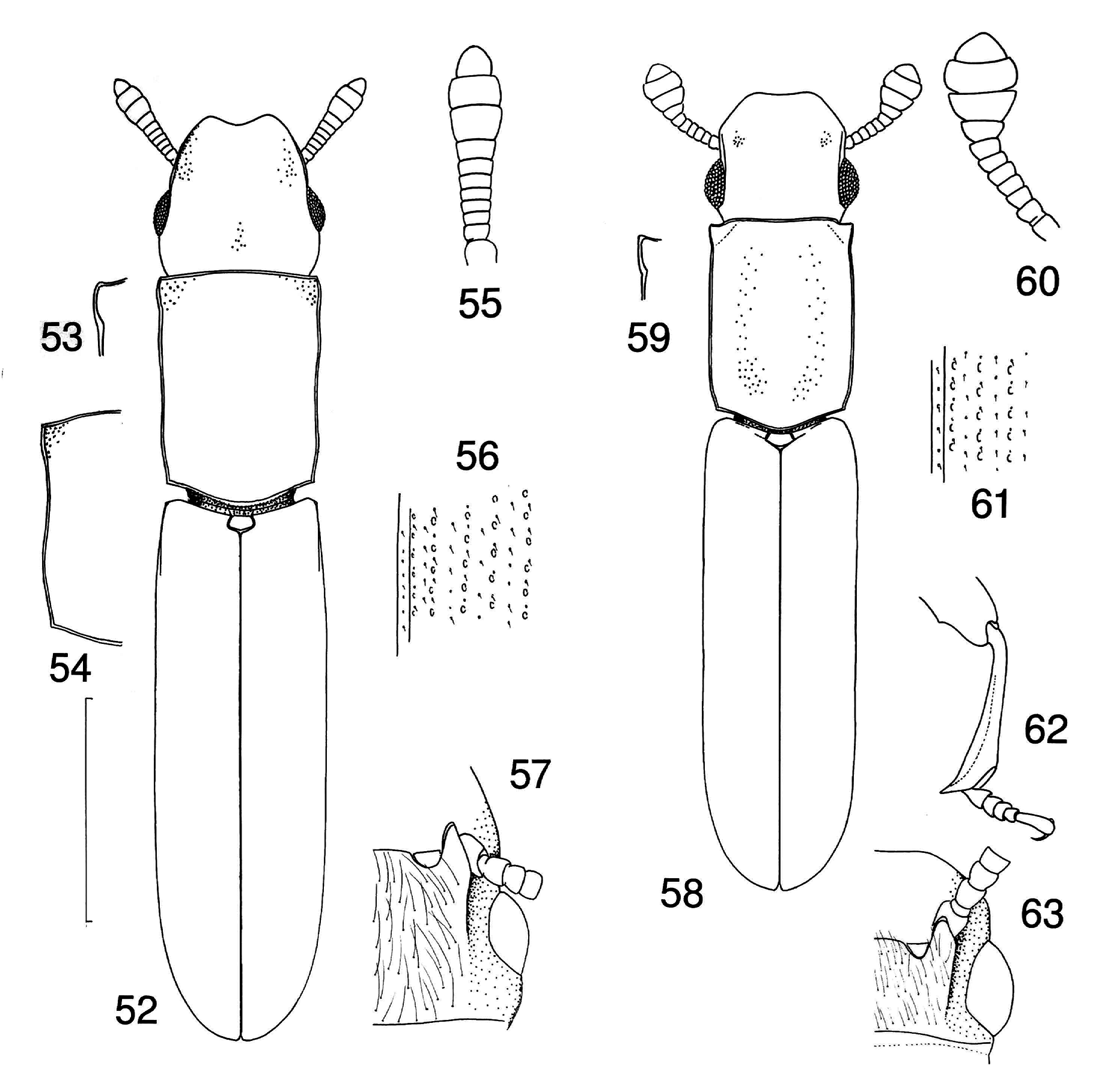