Discussion. Two specimens (male and female) of a new, small Bolivian beetle belonging to the Silvaninae   were kindly sent to the author by Dr. M. C. Thomas for study and description. The relationship with other genera within the subfamily is not clear. However, this new genus has head and pronotal puncturation that is reminiscent of the widespread Monanus (Monanus) concinnulus (Walker)   and also several other members of this subgenus. Of course, the pronotum of Monanus species   (both those of Monanus (Monanus)   and Monanus   ( Monanops   )) differs from that of the new genus in many characters including for example in having lateral marginal denticles, about 8–14, not 5 large teeth, and having quite different genitalia with a long and thin median strut ( Halstead 1993), unlike the broad and relatively short one of Annomus   .

Diagnosis. Characters which, apart from the general facies probably have significance for recognition of other members of Annomus   , include the following: male genitalia of similar form to that illustrated ( Fig. 121–122 View Figures 120–122 ); a pair of setae on each pronotal lateral tooth; large punctures producing reticulation on pronotum; eyes large and prominent, equally exposed above and below; tarsal formula 5-5-5, with tarsomeres 1–3 each produced below to form an obvious lobe ( Fig. 120 View Figures 120–122 ). 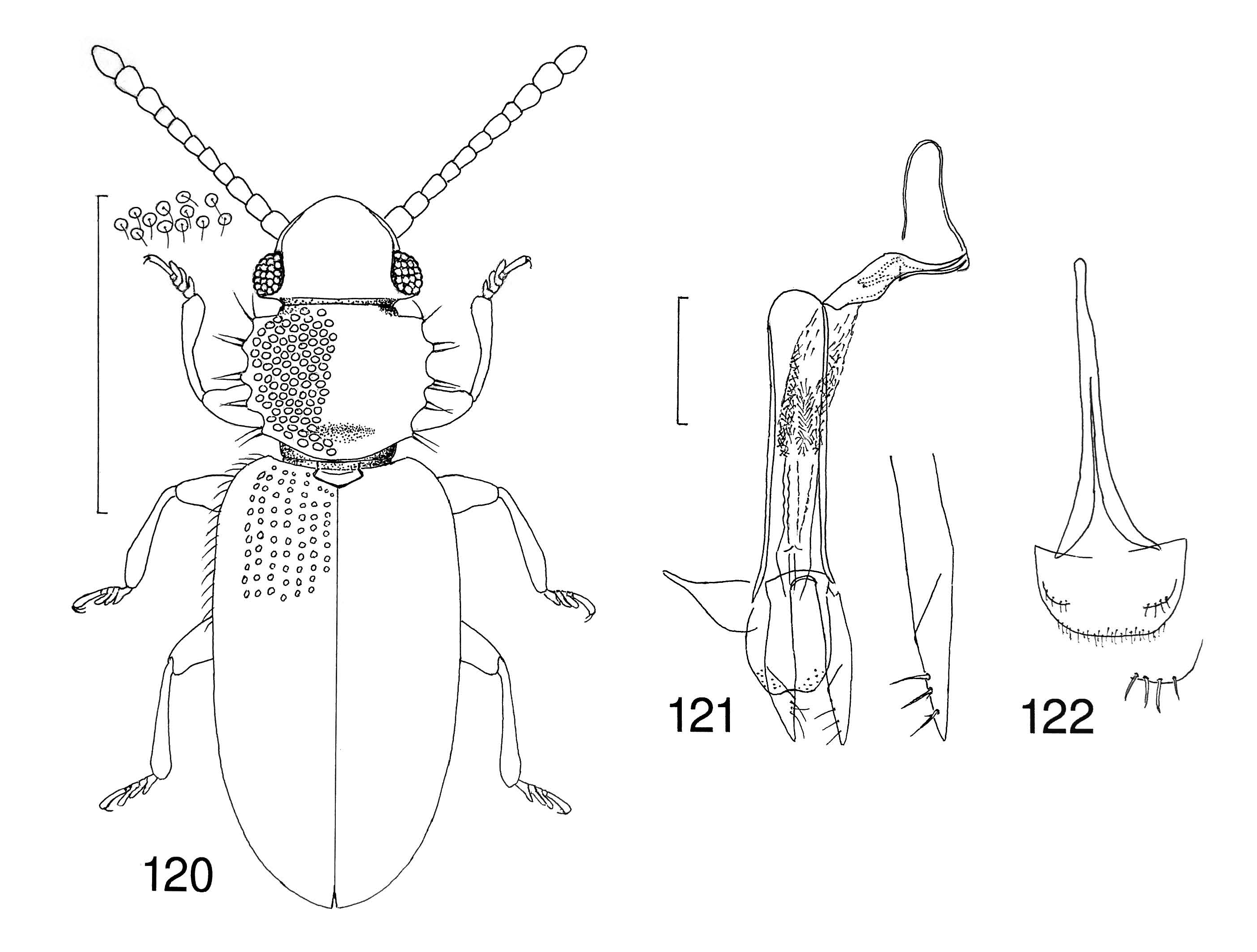