Diagnosis. In males, the distance from the vertex to the anterior tip of the frons is subequal to the width of the frons at the level of the anterior ocellus, and the frons is more than 2.2 X wider than long. At the anterolateral corner of the frons, there is a loose whisker-like lateroclinate cluster of 2–4 elongated setae (length equal to half the distance between inner vertical setae). On the legs, the femora are entirely dark grey pruinose. The pleuron is silvery grey pruinose and lighter in color than the scutum. The scutum has dorsocentral setae 0+4 or 0+5, with the posterior seta at most 1.5 X longer than the next anterior one; the anterior notopleural seta is 1.5 X longer than the posterior one. In the male pregenital segments and genitalia: syntergite 7+8 is entire, lacking a median strip; the surstylar lobe is articulated, but partly fused, with the epandrium; the phallus from ventral view is bulbous basally and tapering evenly with straight sides to near the tip, which is abruptly expanded.

Distribution. Known from the southwestern United States (Arizona, New Mexico), in areas above 2100 m elevation. The species probably occurs in at least the intervening areas at elevations and places characterized by stands of ponderosa pine.

Biology. Confirmed as a predator on Cinara ponderosae  infesting Pinus ponderosa  . All specimens were collected from stands of infested young ponderosa pine (e.g., average under 5 m high). Several specimens were swept from these infestations, and several were reared from larvae or puparia, with adult emergence from 12–14 days after pupariation. Specimens that were collected as larvae were held individually in snap-top petri dishes, feeding them daily with living Cinara ponderosae  until pupariation, and then held until adult emergence.

Remarks. All larvae collected were reared, so none were preserved, but the black chaetoids are so far unique among chamaemyiids. At two different localities (one in New Mexico and one in Arizona), this species was collected together with Chamaethrix necopina  and the adelgid-feeding species Leucopis argenticollis Zetterstedt  and Leucopis atrifacies Aldrich. 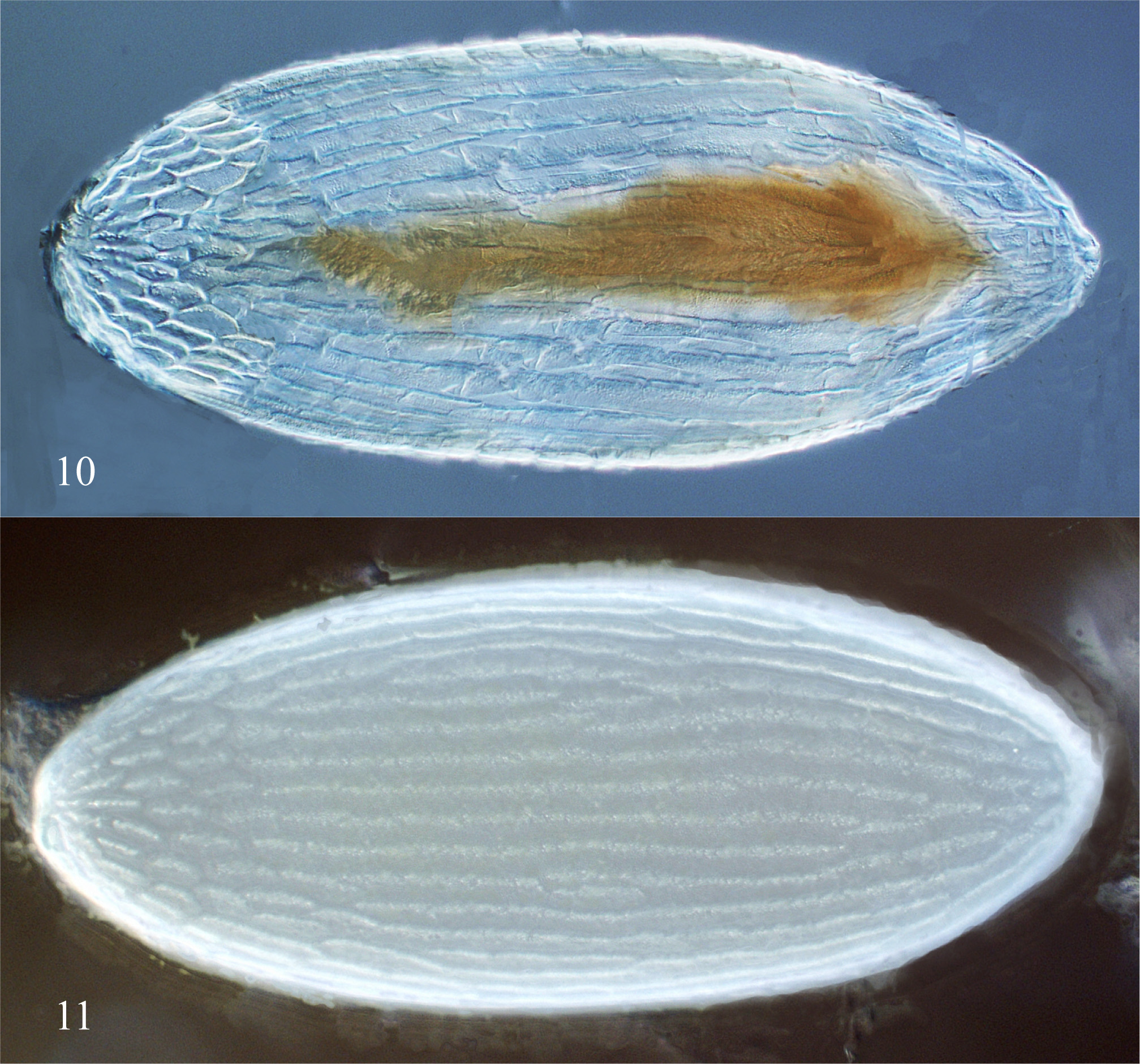 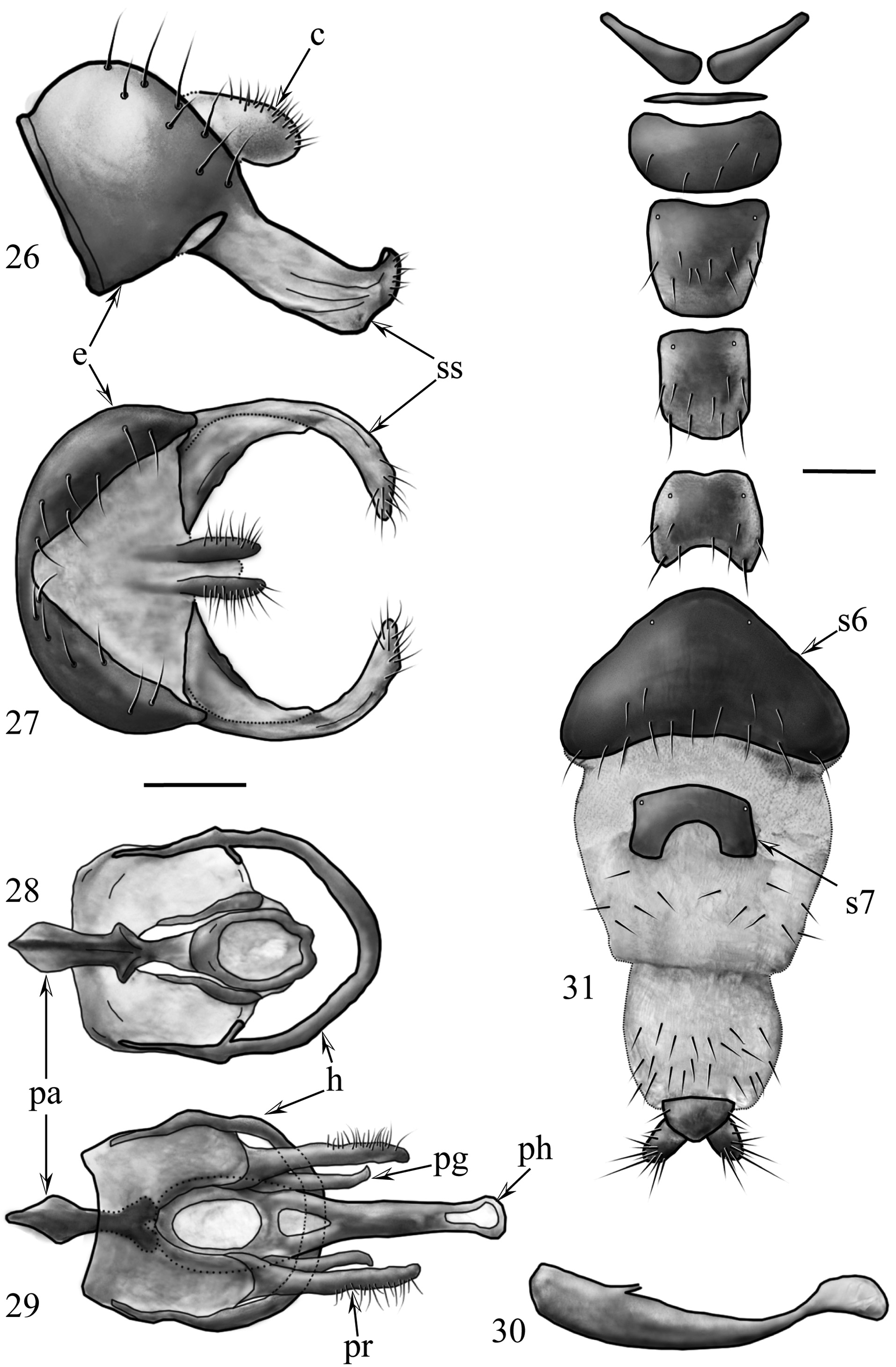