Differential diagnosis. Thinodromus capensis   appears to be allied to T. nigerius   . Besides the obviously similar apices of the female ringstructures, the most important similarity that unites these species is the formation of the subapical edge of median lobe body that contains a single sclerotized plate with an apical incision/desclerotization along the midline. For comparision with T. nigerius   the sclerotized subapical plate of median lobe ( Fig. 75 View Figs 70–76. 70–74 ) and the apical copulatory sclerite ( Fig. 76 View Figs 70–76. 70–74 ) of the latter species are provided here, these are drawn from a South African specimen. Other shared character states include male sternite VIII with a more or less truncate apex, without much trace of any modification in the middle as regards sclerotization (most species have there either a projection or incision, and almost all with an inwards pulled border of the stronger sclerotized part of the plate). AC similar, but its arms a little incrassate at the base in T. gabonicus   , most other internal sclerites rather thread-like in both species. The examined material markedly varies in the form of the temples, but are consistent in the lighter marked sutural corner that distinguishes the taxon from all other described southern African species.

Distribution. This species is still only known from the Republic of South Africa.

Remarks. The identity of Thinodromus capensis   has long been controversial. The description does not state how many specimens were at hand, but gives “Pondoland: Port St. Johns (7th- 13th August 1923) (R. E.Turner)” as the specimen data. Of the two specimens marked as types by previous curators (one female in FMNH and another female in BMNH), only the FMNH specimen bears the locality data corresponding to the original description and is considered to be the only syntype. This specimen is designated here as the lectotype. The BMNH specimen bears different collecting dates which indicates it comes from a collecting event not referred to in the original description. Moreover, this specimen doubtlessly represents a different species described below as T. meridionalis   sp. nov. SCHEERPELTZ’ s (1974) use of the name T. capensis   agrees with the identity of the BMNH specimen and therefore refers to T. meridionalis   sp. nov. Bernhauer later identified one more specimen from Angola as T. capensis   , which W. O. Steel found not to be conspecific with the BMNH specimen considered as type of T. capensis   . This specimen is identified here as T. facilis   (see below). 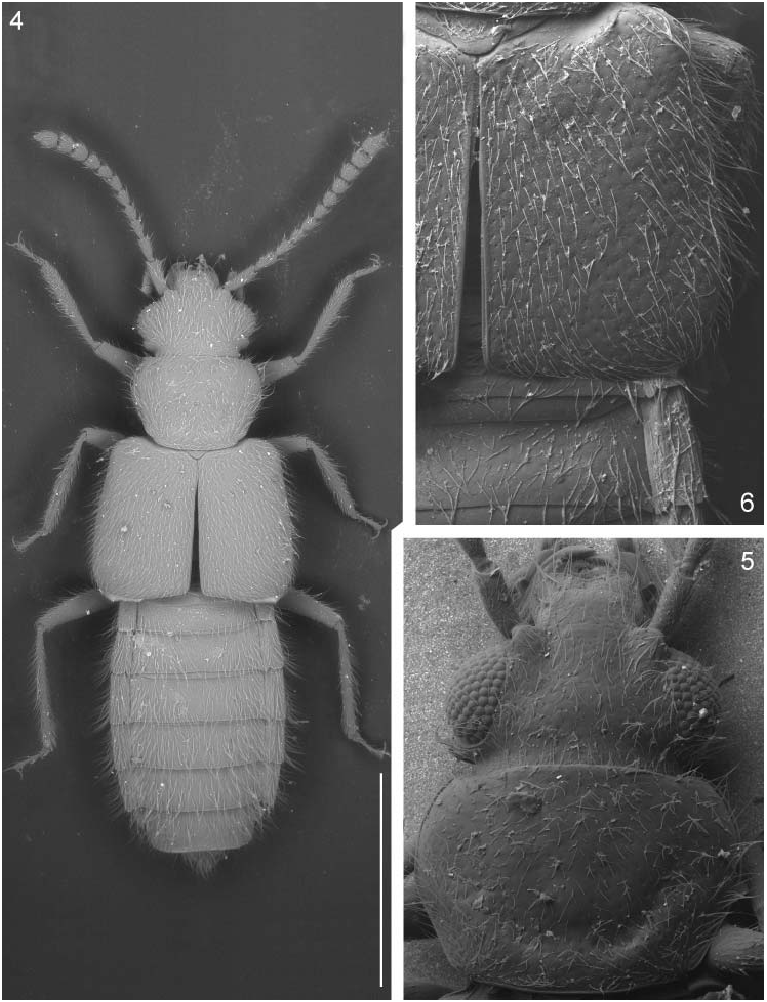 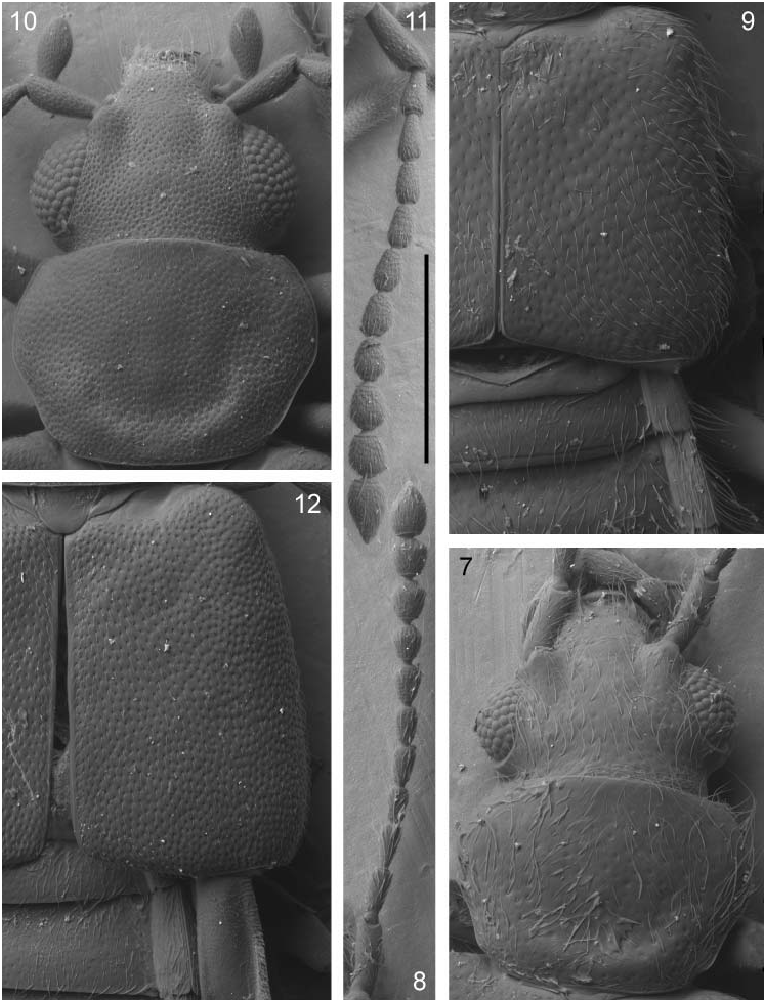 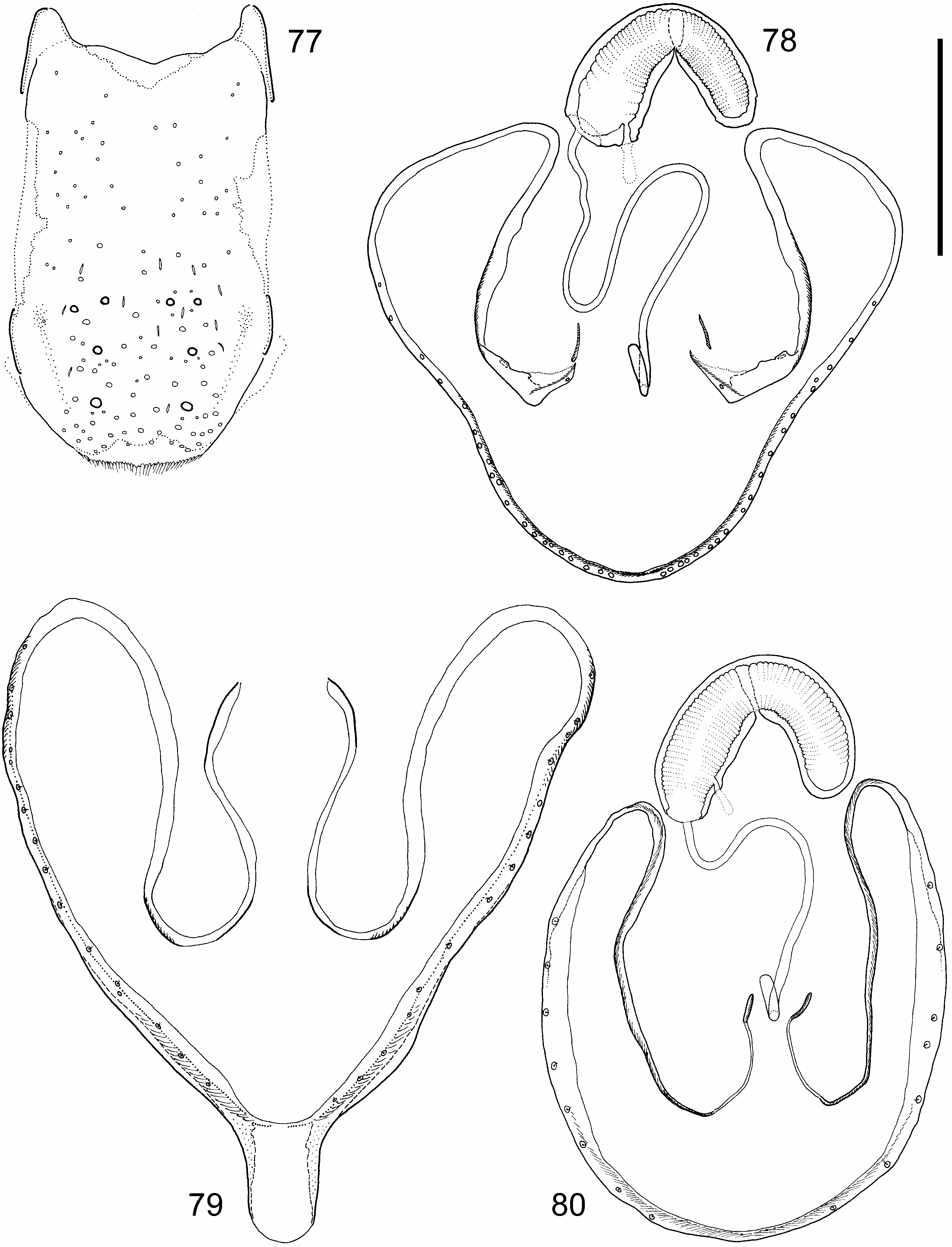