Diagnosis. The new species is similar to R. picta   . It differs by the male cerci having the internal proximal angle of the dorsal apical lobe distinctly projecting and twisted instead of not projecting and by the apical tooth of the ventral apical lobe being smaller and inserted in middle of the apical margin instead of at external angle. The titillators have the granular extension on top of the U-shaped curvature followed by a long tubular extension instead of a short conical extension and the apical branch lies in the longitudinal axis of the titillators instead of being twisted against it. From other species of the genus it also differs by the male cerci and the shape of the male titillators as outlined in the key. The apical tooth of the male cerci is inserted in middle of the apical margin and can be seen from above while in the other species except R. picta   it is inserted at the underside of the apical margin and often hidden when seen strictly from above.

Male. Stridulatory file on underside of left tegmen little curved on both sides, in middle straight; 2.2–2.5 mm long; teeth medium sized, in basal third hyalinous, rather spaced, in apical area narrowed and very small; in middle of file with 25.8–27.6 teeth per mm ( Fig. 4A View FIGURE 4 ). Right tegmen with mirror elevated, transverse ovoid; 1.1–1.3 mm long 1.5–1.9 mm wide; ( Figs. 3 View FIGURE 3 E–F). Titillators elongate, with a huge U-shaped fold in middle; also in basal half curved, giving them an S-shaped appearance; at base with a membranous muscular sac; in U-shaped center with a roughly semi-oval extension that is granular along margin and on internal surface, membranous on external surface; that structure is followed by a rather long granular and tubular, obtuse extension pointing apicad, and then by the longer compressed apical part of the titillators with rather large teeth at tip. This apical area is accompanied by an elongate, little curved and obtuse sclerite at dorso-proximal side; additionally, there is an oval compressed apicolateral sclerite on both sides of the titillators ( Figs. 8 View FIGURE 8 A–C, 9B, 10K). The two titillators are kept together by a strong muscular “band” as a functional unit.

Etymology. Named after the type locality; noun in apposition. 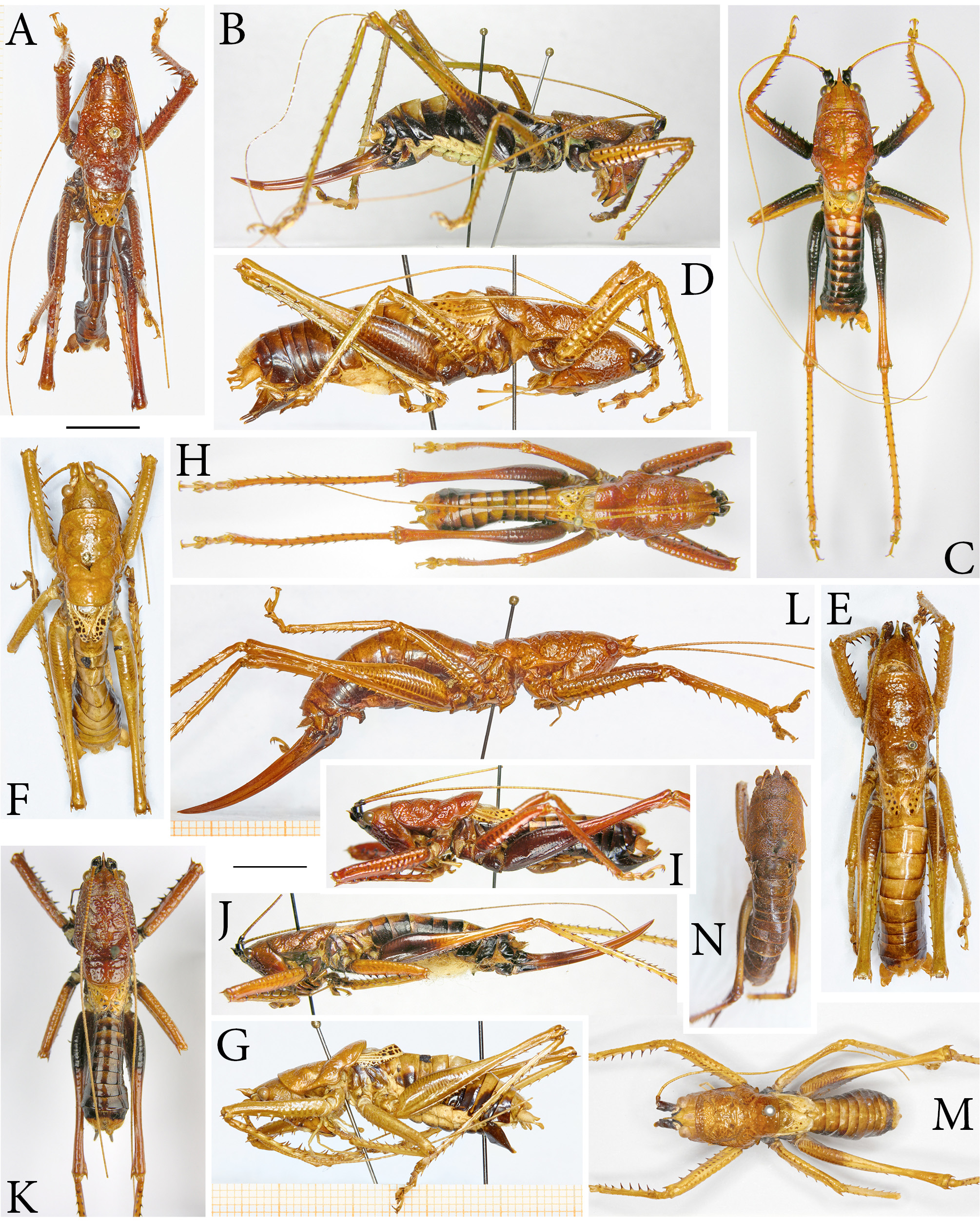 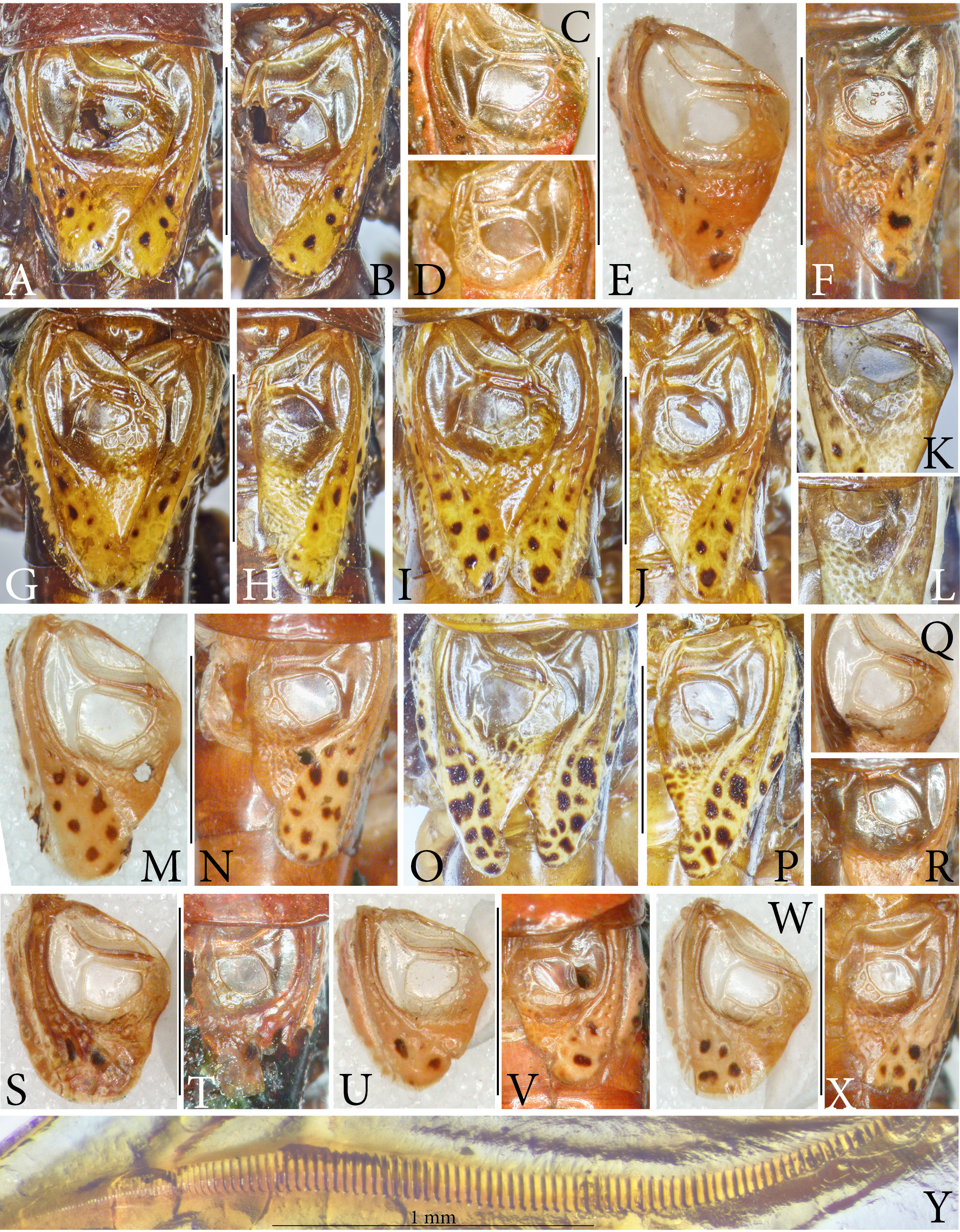 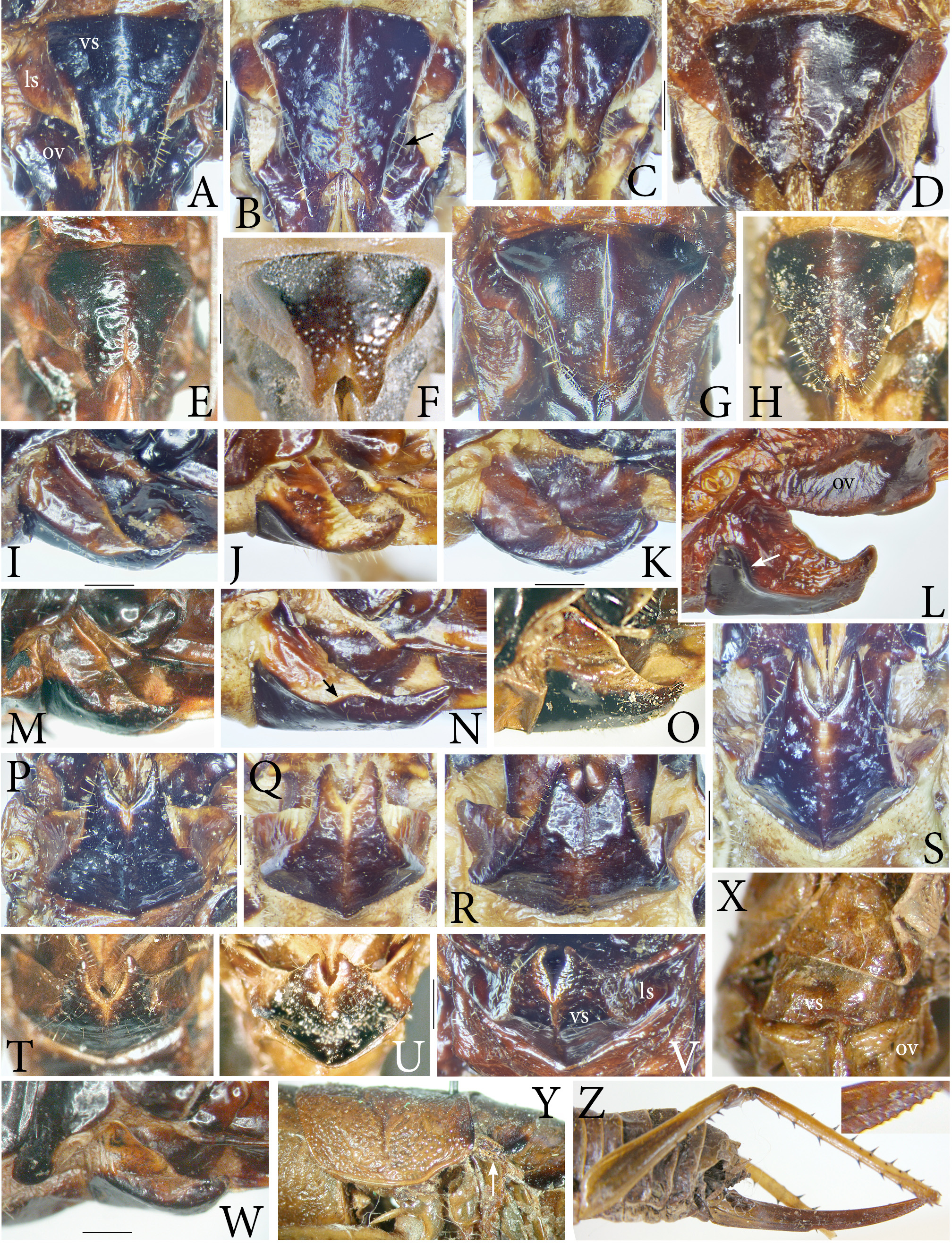