Description of polyp stage. Colonies with stolonal growth; perisarc smooth throughout, without annuli ( Fig. 1 View FIGURE 1 ). Hydrothecae and nematophores widely separated from each other, both arising directly from a branching and anastomosing hydrorhiza. Hydrorhiza 16–40 µm in diameter, without internal septa. Hydrotheca 110–250 µm high, 54–110 wide, thin­walled, smooth, tubular, without pedicel, constricted basally and slightly enlarged near base of operculum ( Fig. 1 View FIGURE 1 D, E). Operculum thin­walled, not delimited from hydrotheca by a crease line; not segmented, a continuation of the hydrothecal wall which folds upon itself forming 10–14 pleats, becoming conical when hydranth retracts within hydrotheca ( Fig. 1 View FIGURE 1 E–G). No visible difference between operculum and hydrotheca wall when hydranth extended. Hydranth extensile, 2.0–4.0 times higher than hydrotheca when fully extended, with 9–14 slender tentacles, no intertentacular web. Basitrichous isorhiza ( Fig. 2 View FIGURE 2 C) capsules arranged in circular bands evenly spaced along the length of the tentacle; atrichous isorhiza ( Fig. 2 View FIGURE 2 B) on body and tentacles. Tentacles amphicoronate, those of upper whorl 180–380 µm in length, held at 45–60 º angles, longer than those of lower whorl (110–220 µm) which are held horizontally or slightly downward ( Fig. 1 View FIGURE 1 A). Hypostome conical. Nematotheca ( Fig. 1 View FIGURE 1 B) 30–63 µm high, 15–32 µm in diameter, club­shaped, with a bundle of large, elongated microbasic mastigophore nematocysts ( Fig. 2 View FIGURE 2 F) inside. Hydranth column with basitrichous isorhiza, atrichous isorhiza, and scarce microbasic mastigophores identical with the ones present on nematophores. Gonothecae similar to hydrothecae. Character variation of polyp stage is presented in Table 1. Nematocyst size and distribution are shown in Table 2 View TABLE 2 .

Medusae grew relatively fast; some individuals ( Fig. 3 View FIGURE 3 F–G.) had doubled their size after one day. Noteworthy was the development of the other pair of opposed perradial tentacles, which at this stage were shorter and with smaller bulbs than the former two ( Fig. 3 View FIGURE 3 F). Tentacles reached 12 mm when fully extended and cirri about 0.4 mm. The number of cirri remained variable, increasing in number (4–8). Exumbellar nematocysts were still present but fewer than in the newly liberated medusae. The gonads remained underdeveloped, but were more visible. The medusae did not accept the copepods and Artemia   nauplii offered and died a few days later; during this time no significant morphological changes were seen. Measurements of many young medusae are in Table 3 View TABLE 3 . Nematocysts size and distribution are presented on Table 2 View TABLE 2 .

Remarks. SEM images ( Fig. 1 View FIGURE 1 E) revealed that the hydrothecal wall has shallow, longitudinal depressions extending from the base of operculum downward to approximately the middle of the hydrotheca. These features are, however, not seen under low or high power light microscopy.

Medusae were liberated two and three days after their parent colonies were collected, respectively, at Farol dos Moleques in 18 February 2001 and Praia de Barequeçaba on 4 February 2002. On both occasions gonothecae were noticed only when empty, probably because they resemble hydrothecae in shape and size (as documented in the description and figures of Millard and Bouillon 1973). Care was taken to ensure that other species of hydroids were not present in the culture bowls.

After the pieces of colonies were tied on glass slides, the hydrorhiza grew along the glass substratum; a few days later ramifying sparingly and giving rise to new hydranths at regular intervals of about 1–2 mm. Nematophores were scarce or even absent on some sections of the hydrorhiza and often they were covered by debris or unicellular algae.

In one of the cultures, the terminal regions of the hydrorhizae gave rise to free planuloids or frustules ( Fig. 1 View FIGURE 1 C). These planula­like bodies were flattened, 400–800 µm long, 50–75 µm wide, and had the same nematocyst types as polyps (microbasic mastigophores, basitrichous isorhizas, and atrichous isorhizas). Planuloids lacked external cilia and crept over the glass surface by means of peristaltic waves. Three to four days after release, some planuloids stopped moving, settled onto their sides, and secreted a perisarc. Within about 12 h, primary hydranths with 8–10 tentacles were formed. Additional hydranths (up to three were observed) appeared singly from unbranched hydrorhiza. Nematophores did not develop.

The process of formation of planuloids in L. amirantensis   is similar to the ones reported for, e.g., Coryne   , by Berrill 1953, and Obelia   , by Allman 1871, and is usually elicited as a response to rapid changes in temperature ( Berrill 1953, Panteleeva 1999).

Although with limited means of locomotion which results in settlement near the parent colony, the planuloids increase the possibilities of dispersal of the species. 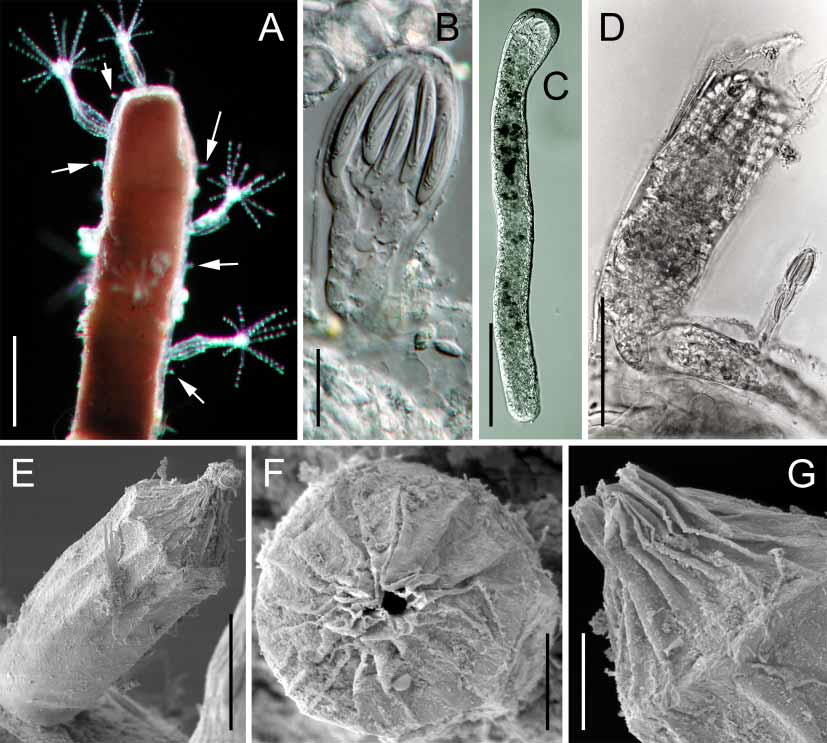 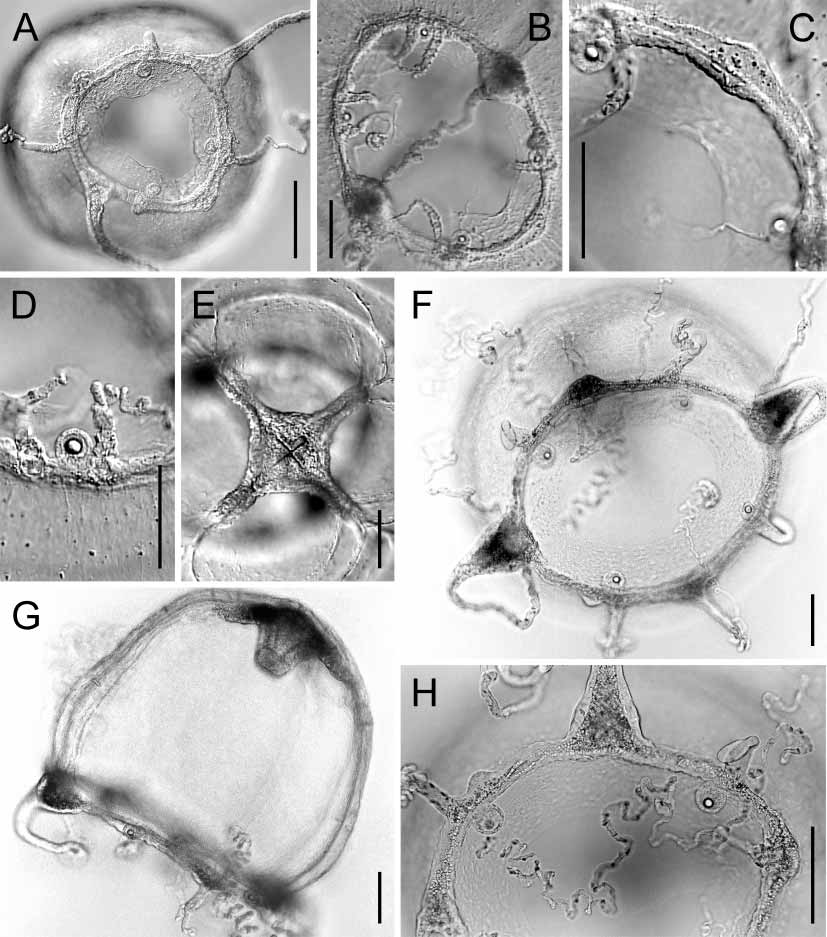 TABLE 3. Measurements and features of young medusae of Lafoeina amirantensis.