Aprionus styloideus  , originally described from Ukraine, was previously thought to be synonymous with A. paludosus  , based on the misapprehension that the holotype was just a slightly aberrant specimen (see Jaschhof & Jaschhof 2009: 244). Specimens now at our disposal, more than 20 from different localities in Sweden and Germany, display exactly the same morphological peculiarities found in the

The most important distinction is the shape of the gonostylus, which is only slightly convex and narrow basally, then evenly tapered towards the apex, and without a broadening at the base of the apical tooth (↓, Fig. 12AView Fig); altogether this results in a slender appearance. The size of the gonostylar tooth is subject to some variation, but may also depend on the viewing angle. The tegmen is 2.5 times as long as wide, thus shorter than in most other group members, with the greatest width found at about the midlength; the 1–2 large and 1–2 small finger pairs are essentially posteriorly oriented, so that fingers intersect only slightly (↓) or not at all; the tegminal apex is rounded (↓), occasionally blunt-ended. The minimum observed in our specimens is 1 pair each of large and small, non-intersecting fingers, which is exactly the condition in the holotype. The sclerotizations at the anterior corners of the subanal plate are large and commashaped (↓). The gonocoxal apodemes are so short that the dorsal bridge, which is broadly rounded, extends only slightly, or not at all, beyond the ventroanterior gonocoxal edge (↓). The postfrons bears a single pair of setae; antennal translucent sensilla are single-pointed; the neck of the fourth flagellomere is longer than the node ( Fig. 12BView Fig); the palpus may be either 3- or 4-segmented; and postocular bristles number 6–7.

Species of the halteratus group unassigned to subgroup

Gathered here are Aprionus  whose male morphology fits the definition of the halteratus  group, but does not suggest a closer affinity to any of the subgroups. Besides the new species described below, Aprionus brachypterus  and A. fennicus Jaschhof, 2009  are placed here. 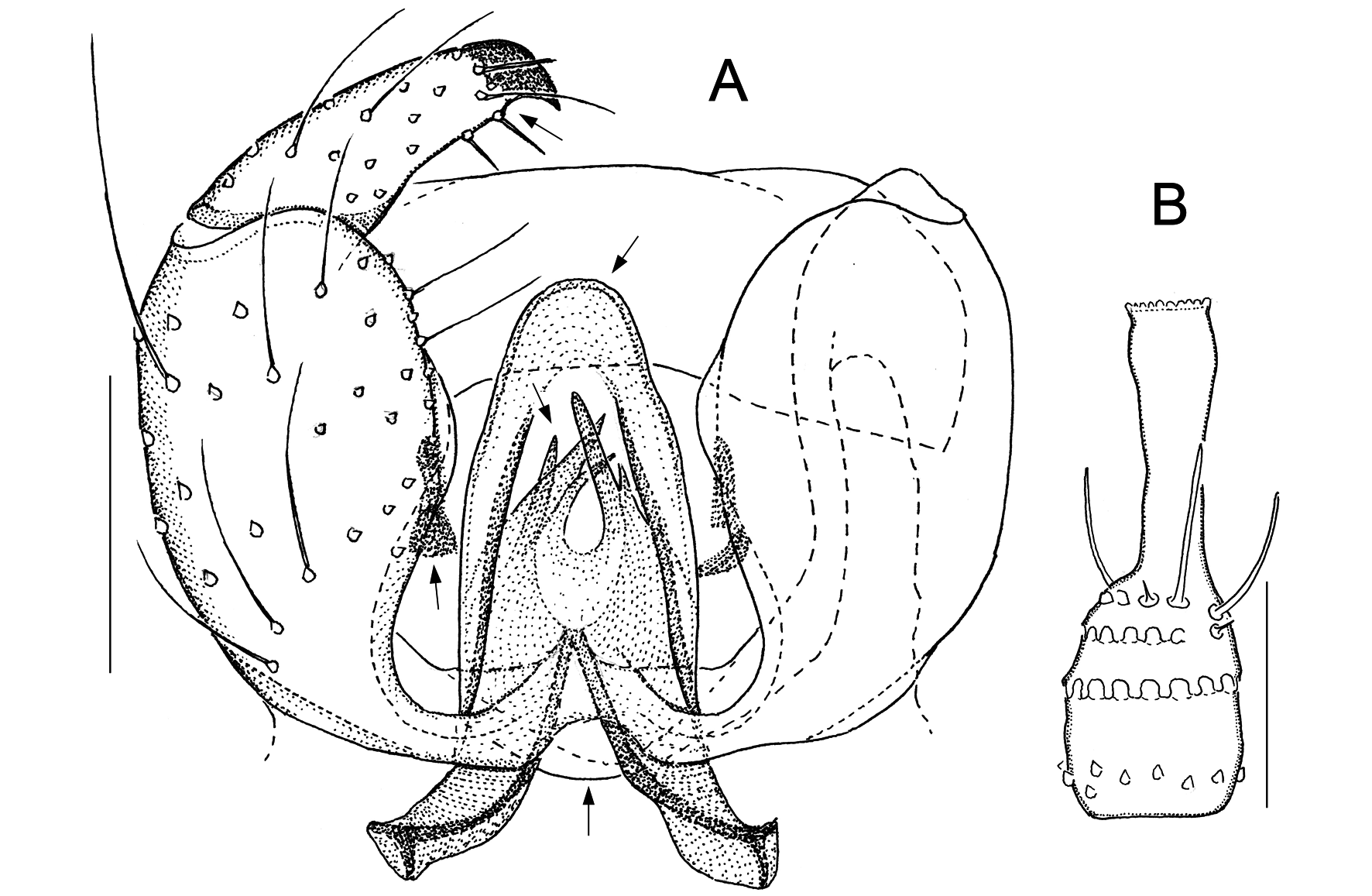