The gonostylus has a characteristic, large, rounded lobe subapicomedially (↓, Fig. 9AView Fig), a clearly convex basal portion, a small basolateral apodeme, and a moderately large tooth apically. The tegmen is 3.5 times as long as wide, therefore longer than in any other species of the styloideus  group, and evenly tapered towards the apex; large finger pairs are absent, but there are numerous tiny little finger vestiges dorsosubapically (↓). The anterior corners of the subanal plate are visible as two weakly contoured rectangles, each with a comma-shaped sclerotization (↓). The gonocoxal apodemes are so long that the dorsal bridge, which is subtriangular, extends far beyond the ventroanterior gonocoxal edge (↓). The postfrons bears a single pair of setae; antennal translucent sensilla are either single-pointed or two- to three-pointed, or -branched; the neck of the fourth flagellomere is longer than the node ( Fig. 9BView Fig); the palpus is 4-segmented; and postocular bristles number 8–10.

Odin, depicted as one-eyed and accompanied by various animal companions, is the god associated with healing, death, knowledge, sorcery, battle, and more.

Sweden (Öland). Adults were collected from August to October in various different woodlands. 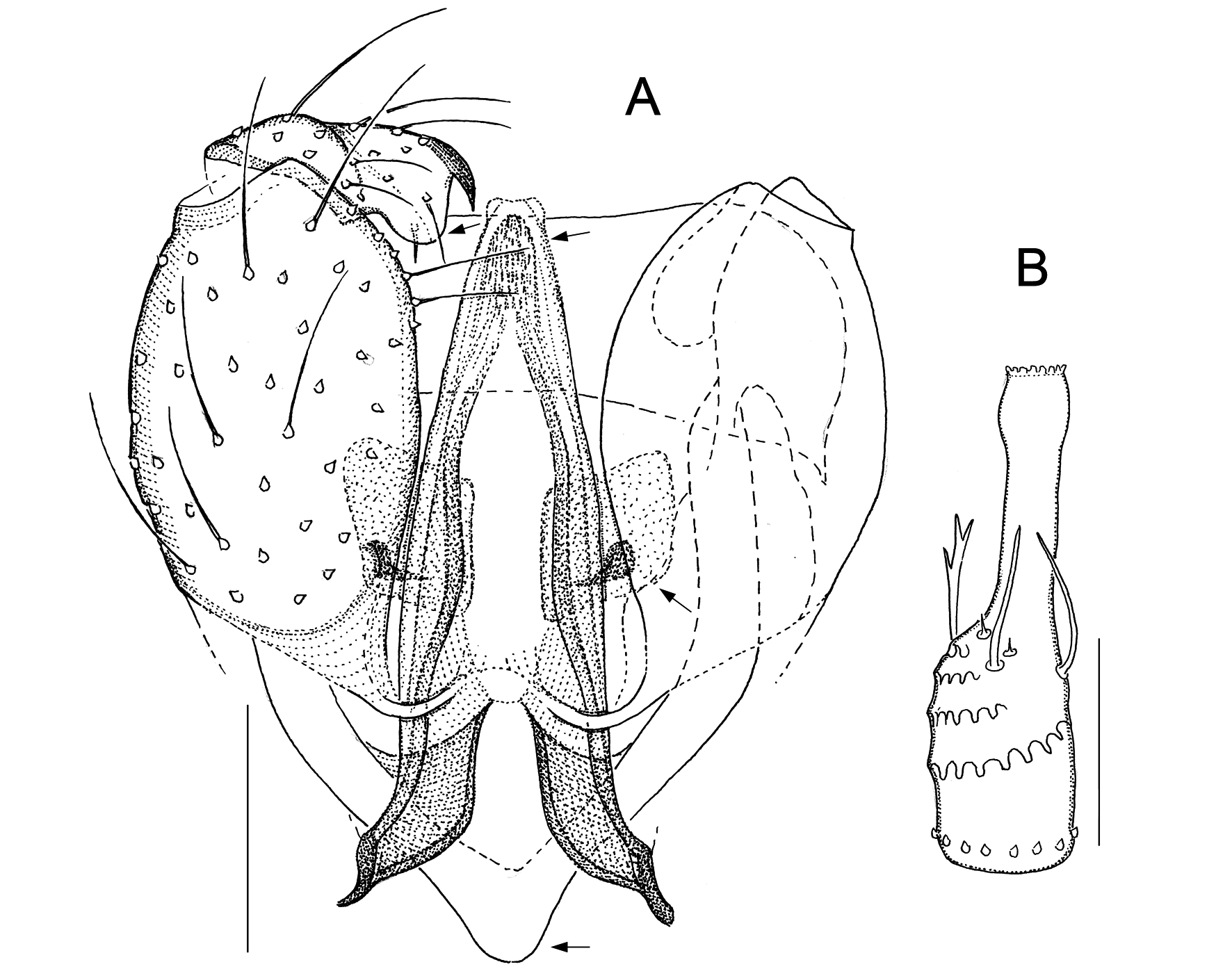