Diagnosis. The female is distinguished by a short FL2, 2.7× as long as greatest width and 1.3× as long as following flagellar segment ( Fig. 2B View FIGURE 2 ); propodeal disc with weak, broadly areolate sculpture and petiole with rough surface ( Fig. 2C View FIGURE 2 ) and two weak longitudinal carinae and a weak basal carina. The male has a shorter flagellum than C. napoana   (1.3× height of head), a long fore wing (2.4× as long as broad), and the propodeal disc is sharply areolate.

Metasoma. Petiole 4.7 ‒ 5.1×x as long as broad and 1.5× as long as metacoxa, cylindrical in cross section with rough surface, with two weak longitudinal carinae and weak basal carina. First gastral segment smooth and bare. Hypopygium with one seta on each side of mucro. Ovipositor sheath extending beyond cerci (and metasoma) by much more than one diameter of the cercus.

Distribution. Argentina and Brazil (Mato Grosso do Sul and Roraima).

Remarks. Colocharis hungi   is recorded, so far, from two distinct biogeographic provinces, Paraná Forest and Pantepui provinces ( Fig. 4 View FIGURE 4 ). Both provinces are structurally dissimilar, with a transition between savannas and humid forests in northern Brazil, with characteristic sandstone plateaus, representing the Pantepui province ( Morrone 2000), and humid and seasonal forests representing the Paraná Forest province ( Morrone 2001). Although both provinces present little similarity in fauna and flora ( Morrone 2000, 2001, 2014), we cannot properly infer if historical events and regional characteristics shape eucharitid distribution, since their presence in a specific location could be constrained by other factors, such as host availability and preference for oviposition sites. As long as our knowledge on the biology of this group remains scant we will not fully comprehend the processes that explain their distribution.

According to Heraty (2002), there are specimens of Cholocharis collected in Peru, but not for the described species, indicating that the diversity of this genus remains largely unexplored.

Undersampling can inhibit our ability to understand the species distribution in many genera of Eucharitidae   . Sadly, we do not have standard procedures to enhance eucharitid sampling in poorly studied areas. We still do not have enough phylogenetic and taxonomic support to accurately establish causal relations between biogeographic events and current distribution in most eucharitid genera. 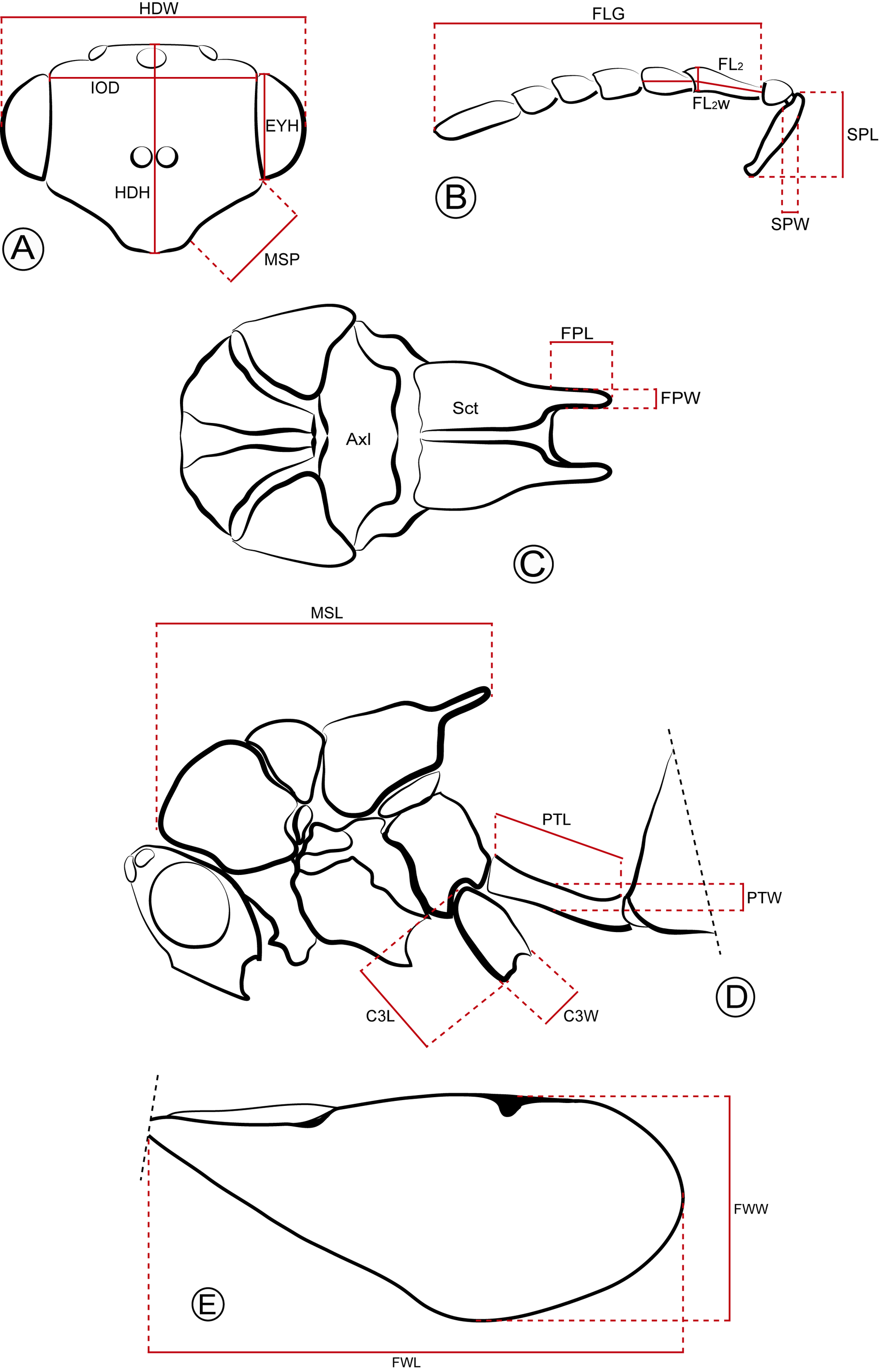 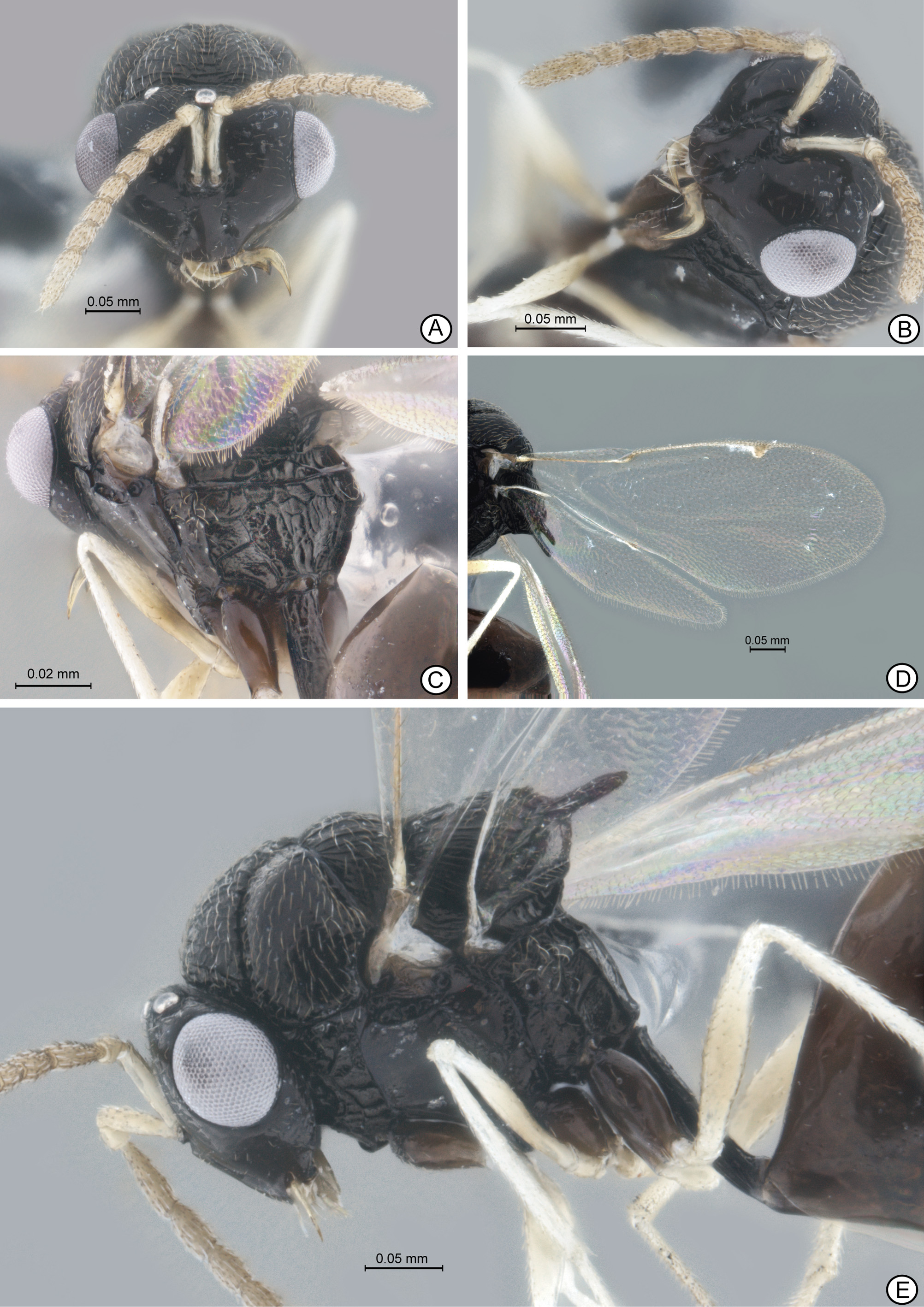 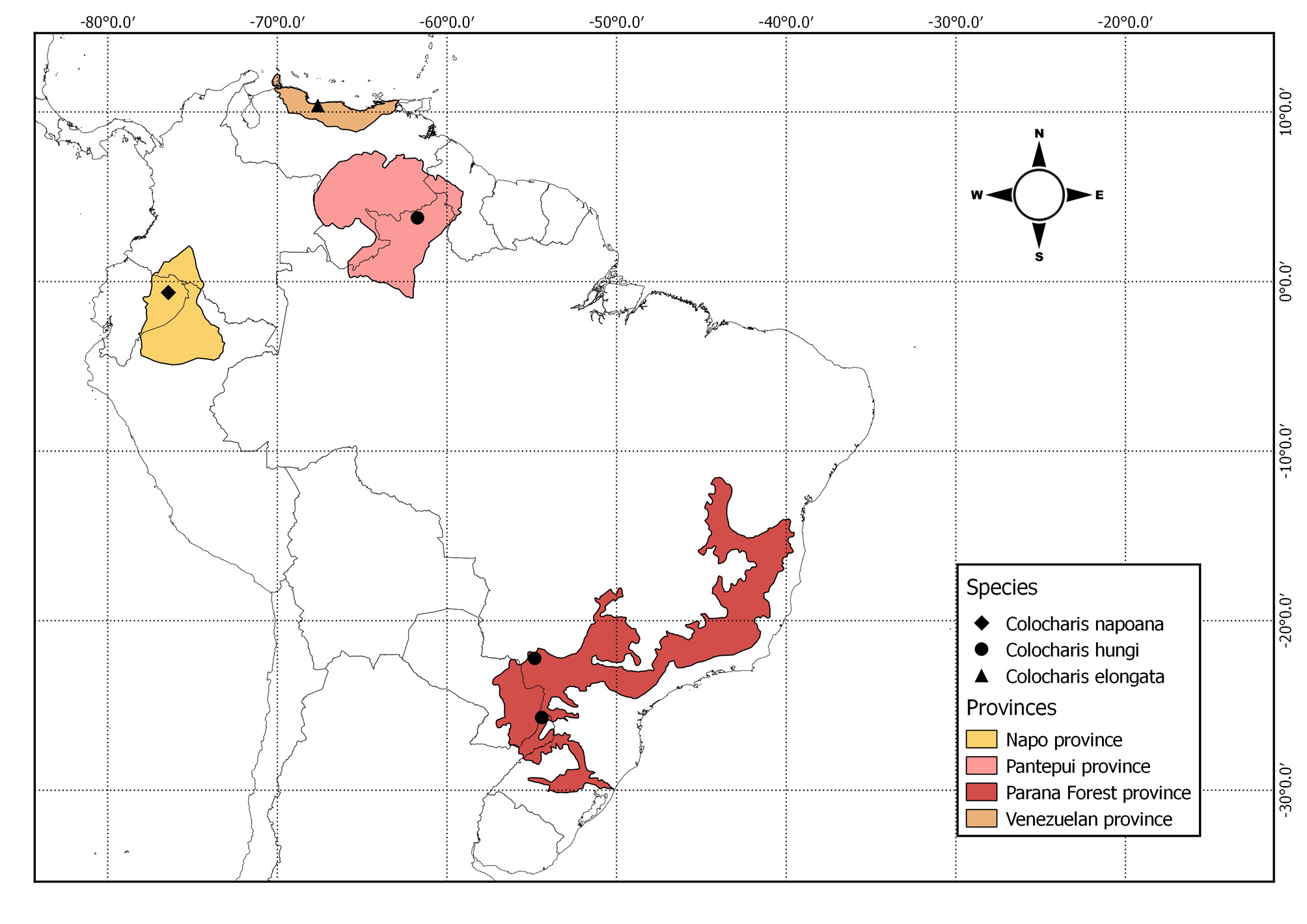 FIGURE 4. Distribution map with records for species of Colocharis.