Biology. Onichodon canadensis is an infrequently collected species found largely in the northeastern United States and eastern Canada with limited distribution. The species thrives in a variety of forest systems. In Wisconsin, I collected adults and larvae in bedrock glade, northern dry-mesic forest, northern hardwood swamp, northern mesic forest, northern wet-mesic forest, oak barrens, and southern mesic forest. I found one adult cadaver inside its pupal chamber within a rotten paper birch ( Betula papyrifera Marshall ; Betulaceae ) log. Two adults were also taken in a hole excavated by a woodpecker near Fanny Lake in northern Oconto County. Based on specimen labels, collectors in Wisconsin have found the species in a flight intercept trap, at light traps, at blacklight traps, on a glueboard, in purple prism traps (Synergy Semiochemicals, British Columbia), and on a girdled ash tree. Muona (2000) wrote that O. canadensis was reared from yellow birch ( Betula alleghaniensis Britton ) in New Hampshire, reared from beech ( Fagus grandifolia Ehrhart ; Fagaceae ) in Québec, collected at blacklight in New Hampshire, and taken on red spruce ( Picea rubens Sargent ; Pinaceae ) in Maine.

During my collections, all O. canadensis larvae were extracted exclusively from rotten paper birch in Wisconsin on separate occasions in 1997 and 2010. All extracted larvae were found in moist, firm, hard sections of the log or stump. Larvae were positioned parallel with the grain of the sapwood and burrowing between layers of wood fibers, leaving no galleries behind them. Their unique head capsule is useful as a wedge, allowing the larva to move through the sapwood. Mature larvae were observed constructing pupal chambers at about 2.5 cm beneath the bark layer. Larvae assumed a U-shaped position as they molted to the pupa in the chamber. Only four adults emerged from the wood pieces in 1997 and 2010. None of their behavior was recorded nor were there attempts to breed these specimens to obtain further information on the species’ life history. 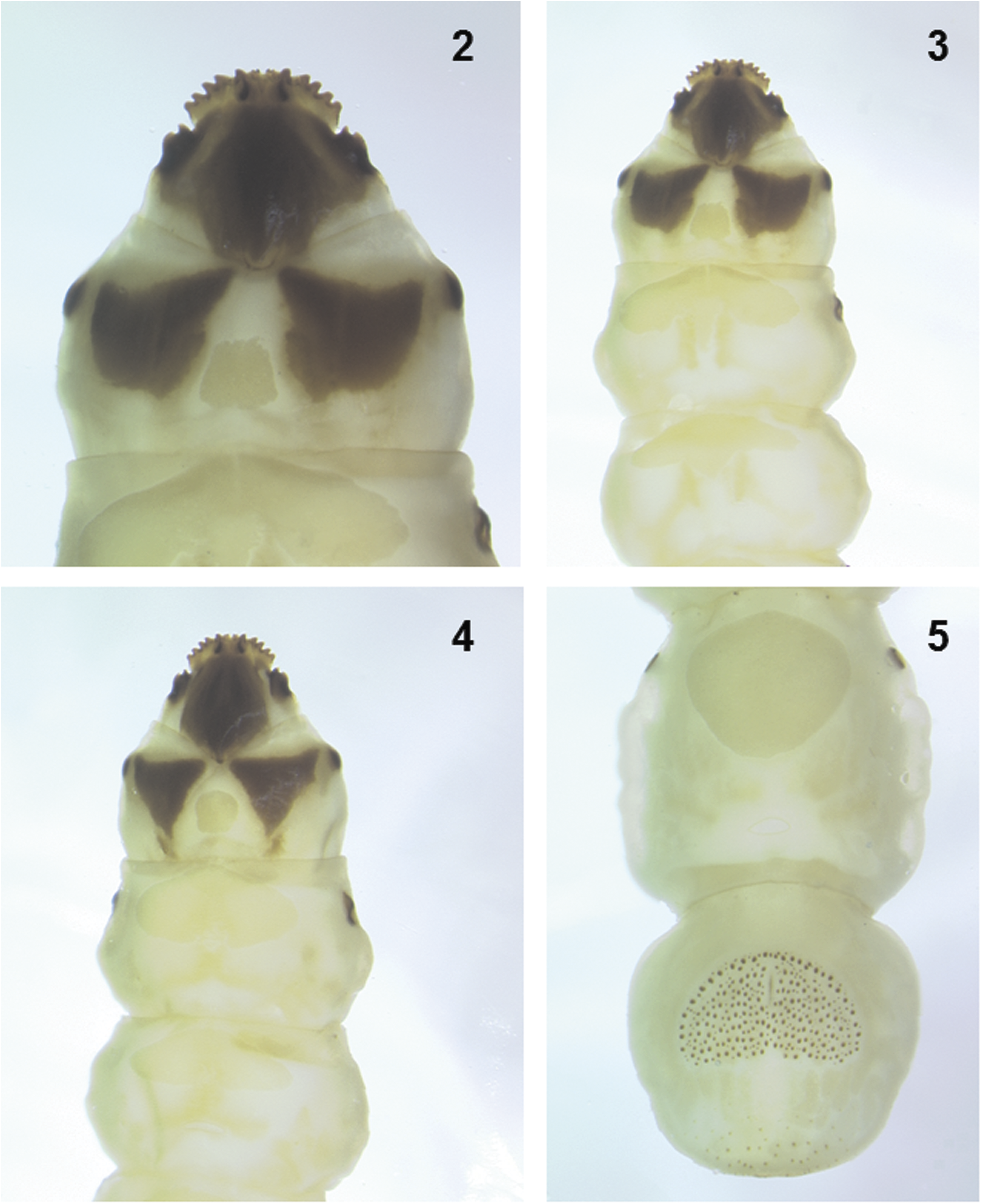