The gonopod bears a distinct spine like projection proximally ( Fig.1E & F View FIGURE 1 ), that is nearly 0.25 x the width of the gonopod base ( Fig.1G View FIGURE 1 ); the spine apex is ornamented with smaller spines. The everted gonopod was not observed ( Fig.1H View FIGURE 1 ).

All cercopod setae are broken, and not properly observable.

The egg diameter ranged 176–195 µm, and bore no surface ornamentation (typical for the genus).

Absence of a gonopod basal spine is a characteristic trait of both A. salina (Linneaus, 1758)   as well as A. tibetiana Abatzopoulos, Zhang & Sorgeloos, 1998   ( Mura & Brecciaroli 2004; Rogers, 2017 in press). A basal spine was clearly observed in all male specimens ( Fig.1E & F View FIGURE 1 ) which indicates that the Yale specimens are not assignable to either A. tibetiana   or A. salina   . Artemia sinica Cai, 1989   , described from China, does have a basal spine (sensu Rogers et al., 2017 in press). The armature at the basal spine apex of the studied population also grossly resembled to that of A. sinica   described by Mura & Brecciaroli (2004) as well as the microspinulae number and its frequency (as per Rogers in press). Given that A. sinica   is reported from an adjacent region and considering the speculation that Tso Kar population might have been introduced by caravans carrying salt in the region [as per Bond (1934), this species could be considered as A. sinica   . This species is reported to have ten or more setae on its cercopods (sensu Rogers et al., 2017 in press) which could not be observed due to damage, however, as per the illustrations depicted by Bond (1934), this number is less than eight. We have not studied the types of A. sinica   . Therefore, until confirmatory investigations are carried out, we refer to this species as Artemia   sp. only. 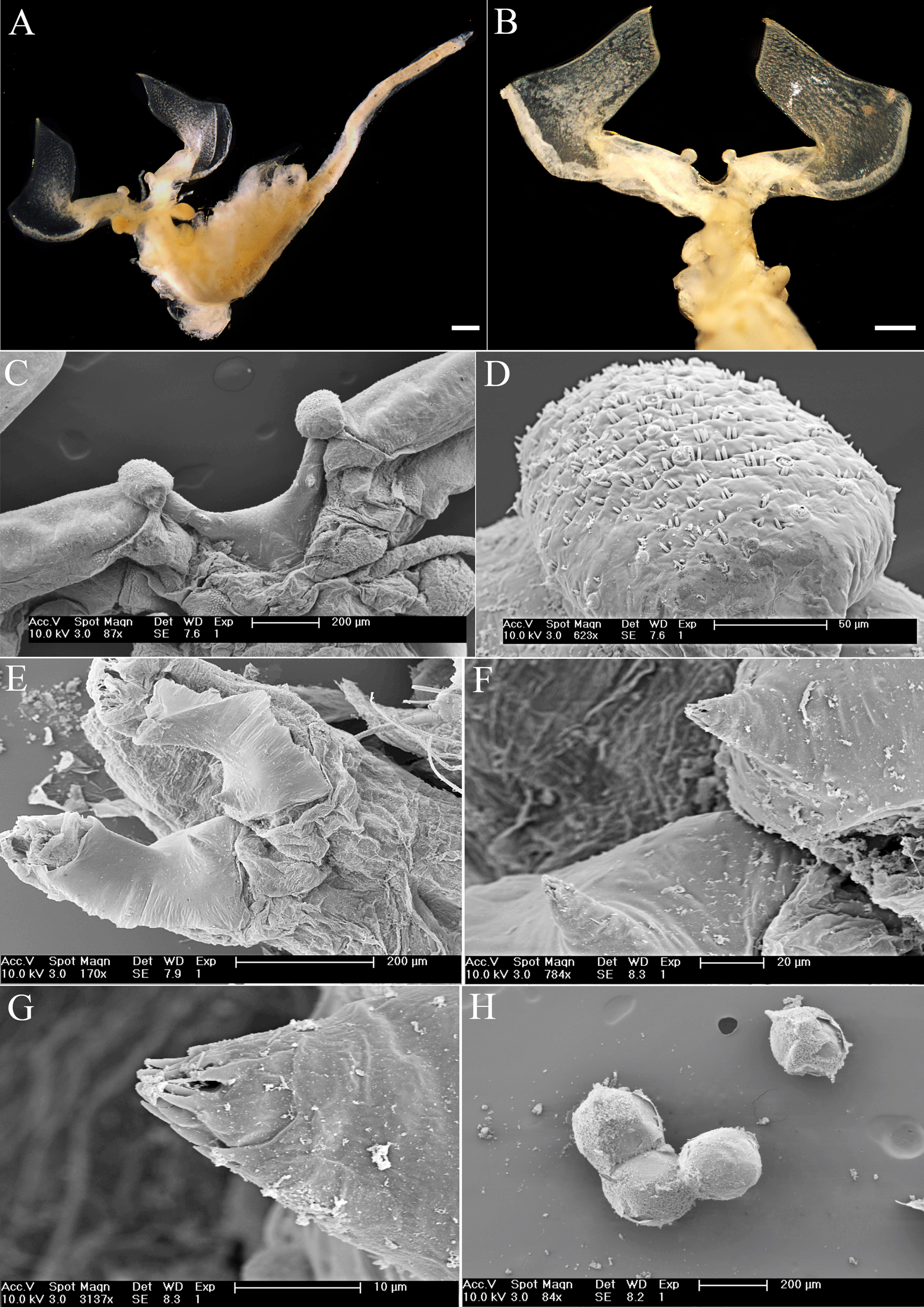