Etymology. This species is named for Michael W. Palmer, botanist, who reared the type specimen as well as a number of other specimens used in this study.

Larval biology. The larva is a stem borer or possibly a root borer. The adult emerged in a bag containing stems, which included a portion of the taproot, collected in a failed attempt to rear larger stem-boring larvae (probably coleopteran or lepidopteran). No feeding trace of the larva was observed (M. Palmer, in litt.).

Comments. Melanagromyza palmeri   belongs to the M. virens   species group, most obviously evidenced by the frons, where a strong anterior bulge widely separates the anterior ori from the remaining posteromedially clustered fronto-orbitals. Furthermore, similar to some species in the group, the surstylus also has longer apical tubercle-like setae. To differentiate this new species from others in the species group, examination of the male genitalia is required for diagnosis: the surstylus is small and triangular with several dense rows of tubercle-like setae along the inner-distal margin with the apical setae slightly longer and posteriorly-directed ( Fig. 235 View FIGURES 234–239 ); the base of the mesophallus ends past the base of the distiphallus; the distiphallus is thick and stout, and in profile the basal section is as high as long and as long as the pointed distal section; in ventral view, the sides of the distiphallus are subparallel with the middle bulging ( Figs. 238, 239 View FIGURES 234–239 ).

Two stem-boring Melanagromyza   species have previously been reared from Helianthus annuus   : M. cunctanoides Blanchard   , known only from Argentina, and M. splendida Frick   , which occurs in both North and South America ( Spencer 1990; Shi & Gaimari 2015). Spencer (1981) listed a female of M. viridis (Frost)   reared from “ Helianthus   stems” in California, but all other data indicate that this species feeds in seed heads, including specimens reared from H. debilis Nutt.   in Florida ( Spencer & Stegmaier 1973). A fourth species, M. minimoides Spencer   , has been reared from seed heads of H. annuus   in California ( Shi & Gaimari 2015). 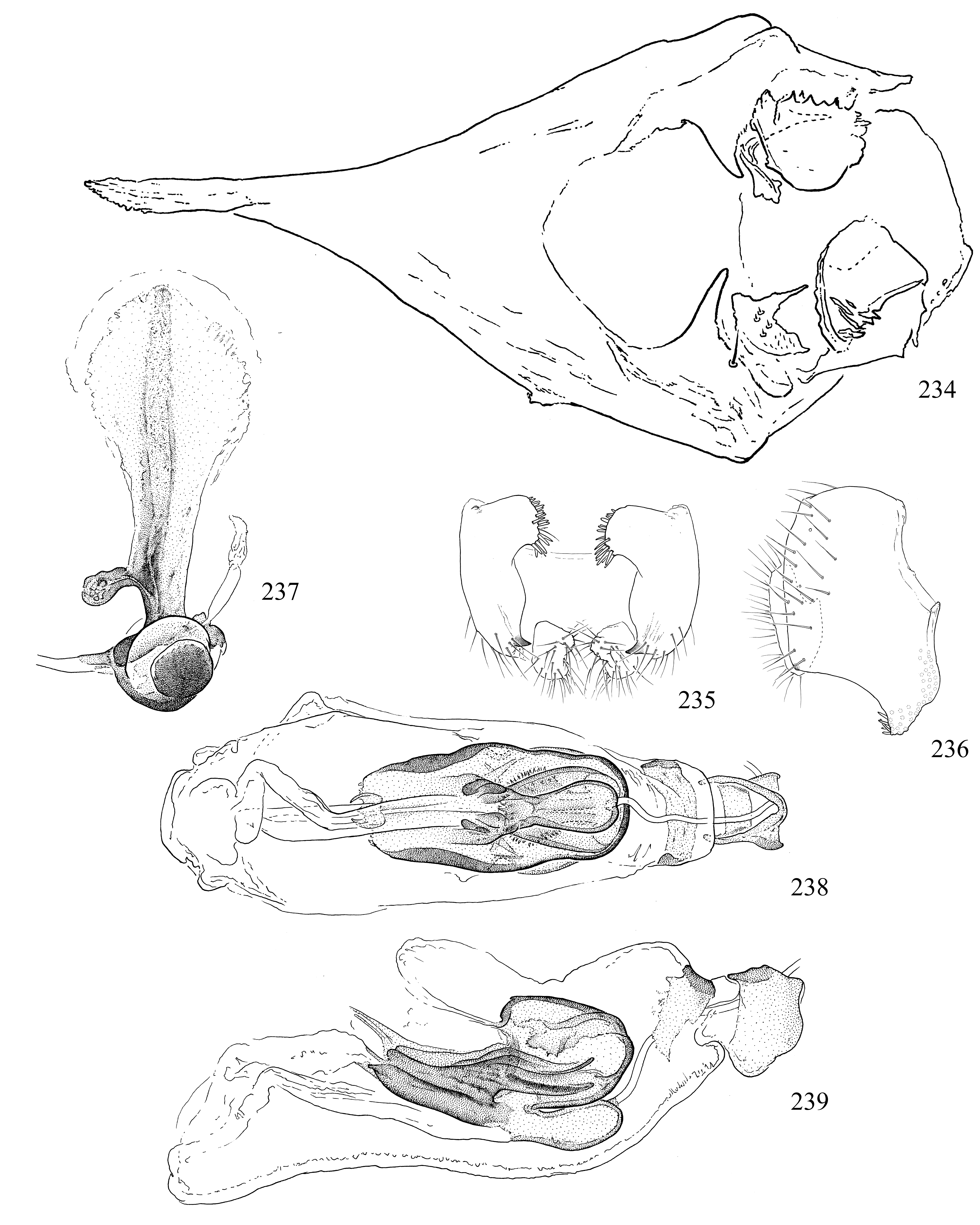