Leaf mine. ( Fig. 86 View FIGURES 83–96 ) On Antennaria   , the mines typically consist of broad, branching tracks emanating from the petiole. Some Oklahoma specimens were reared from contorted linear mines, branching or not, that did not involve the petiole. Frass is in discrete grains and small, irregular lumps. The type specimen was reared from a larva “mining in Sonchus asper   ” in Utah. Malloch (1915) did not say more than this about the larval feeding habit, and no other reared specimens have been cited by subsequent authors. Frost (1924) incorrectly cited Malloch (1915) as stating that this species was reared from leaves; Frick (1959) stated that O. coniceps   is a stem miner, and this was repeated by Spencer (1969, 1981) and Spencer & Steyskal (1986).

Puparium. Whitish to dark brown; on Antennaria   , formed within the petiole or leaf blade, with the anterior spiracles projecting through the upper epidermis.

Distribution. USA: CA, IN, LA, *MA, *OK, UT; Canada: BC, MB, ON, QC, SK. Beyond our tentatively identified female from AL, we have seen probable leaf mines of this species (including photographs submitted to www.BugGuide.net) in CT, IA, and WI.

Comments. Spencer & Steyskal (1986) included what appears to be the mine of this species in their list of unidentified leaf mines. Mines on Antennaria plantaginifolia   containing larvae were found in Arkansas in mid- May: “The larva feeds primarily in the midrib forming offshoots into the leaf blade, pupating at the leaf mine. The species probably belongs to the Phytomyza robustella   group, but unfortunately no adults were reared.” Their illustration shows branching tracks emanating from the petiole rather than the midrib. 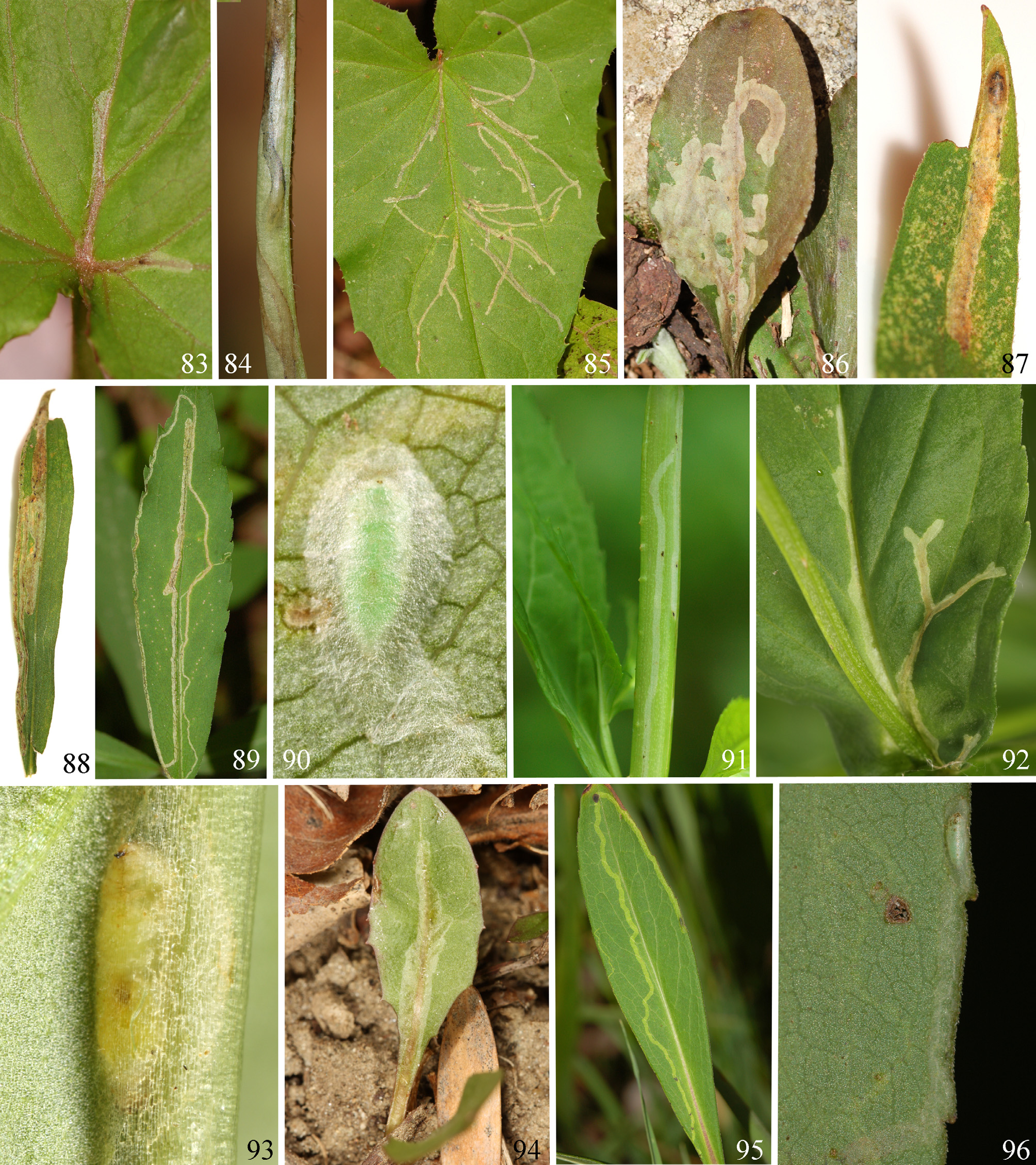