Leaf mine. ( Fig. 102 View FIGURES 97–108 ) A pale, greenish-white blotch on the upper leaf surface; frass in diffuse brown patches, mostly not reaching the margins of the mine.

Puparium. ( Fig. 14 View FIGURES 12–21 ) Yellowish-brown to reddish-brown; formed outside the mine.

Comments. The related species Calycomyza artemisivora   and C. eupatoriphaga   will key to the similar Calycomyza artemisiae (Kaltenbach)   using Spencer & Steyskal (1986). The new species differ minimally in color of the anepisternum and fore femur, but C. artemisivora   is distinct genitalically in the broader, paler hypophallus ( Figs. 260, 261 View FIGURES 257–261 ), the narrower paraphallus, the straighter, longer mesophallus (rounder and more medially constricted in C. eupatoriphaga   ; Figs 271, 272 View FIGURES 268–272 ), and the shorter distiphallus that is tapered at the base and apex (larger and somewhat peanut-shaped in C. eupatoriphaga   ).

Calycomyza artemisiae   , as defined by previous authors, is conceptually broad and likely consists of at least several distinct species that have been treated as interspecific variation or subspecies. This historical treatment is understandable, as these species have conserved external features and a dark, asymmetrical distiphallus that resists characterization. While external features are likely unreliable for differentiating these species, male genitalic features differ in relatively distinct ways that elsewhere in the family would be used as strong support for separate specific status. In the present case, both new species of the C. artemisiae   group described here— C. artemisivora   and C. eupatoriphaga   (genitalia in Figures 268–272 View FIGURES 268–272 ) —differ from each other and other members of the group in morphology of the hypophallus, mesophallus, paraphallus and distiphallus, as well as in the relative dimensions of the mesophallus and distiphallus. This contradicts Spencer’s (1990) statement that “this species-complex, with its remarkably wide distribution… it must remain a matter of subjective judgement whether individual populations are considered to represent mere variation, or are given subspecific status or are treated as full species”, but we do ultimately agree with him that this group may be relatively difficult to untangle, and that “[a] detailed revision of the complex, with the study of even more material, could prove of great interest.”

While the identities of other specimens historically treated as Calycomyza artemisiae   still require verification, the genitalia of the specimens examined here do not resemble those of any of the dissected Palearctic or Colombian males in the literature, nor of the western Nearctic C. artemisiae marcida Spencer. The   Ontario male of C. artemisiae   illustrated in Spencer (1969), which Spencer originally noted had a phallus different from other males of that species he had examined, has been verified as belonging to C. eupatoriphaga   , described as new below. 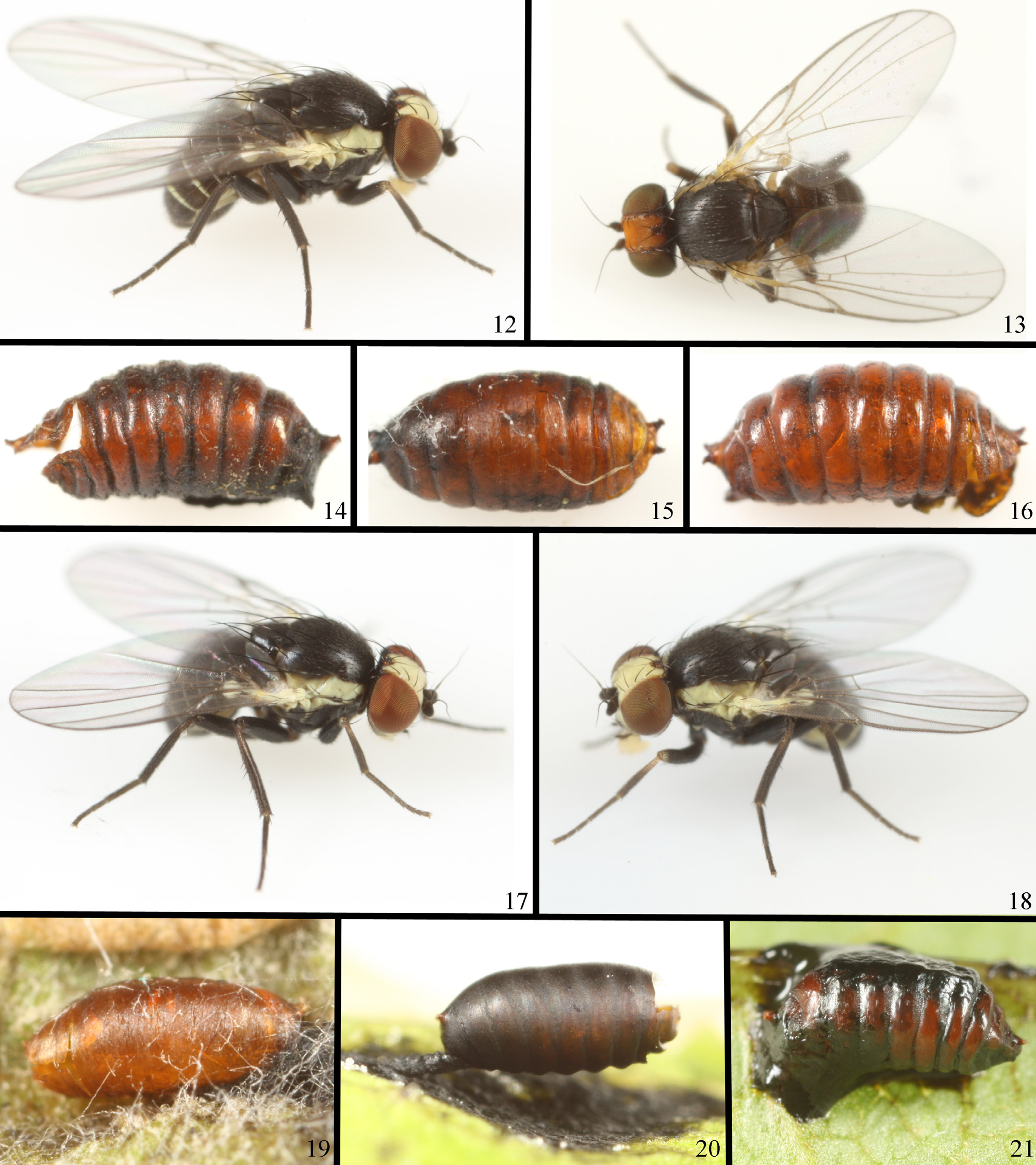 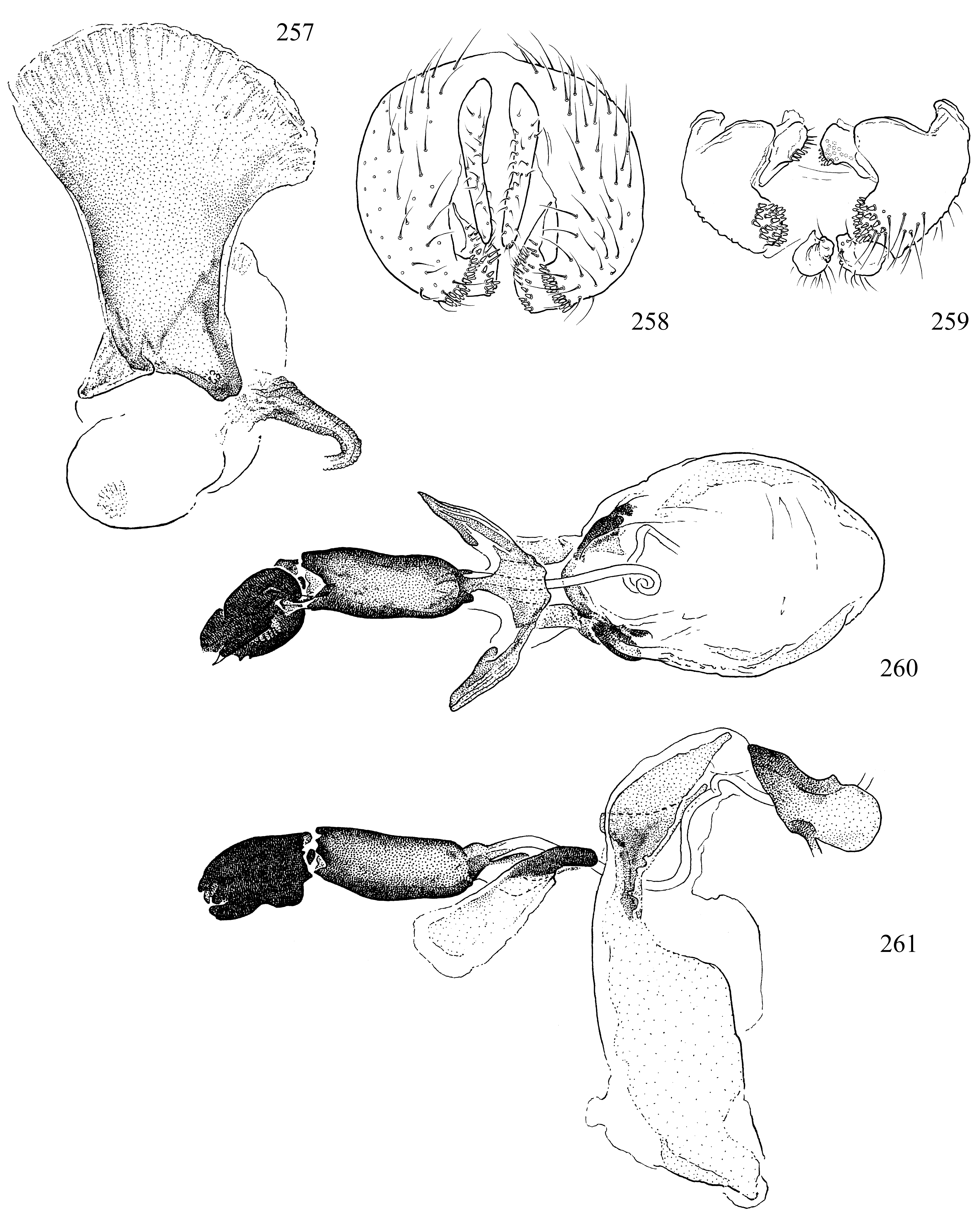 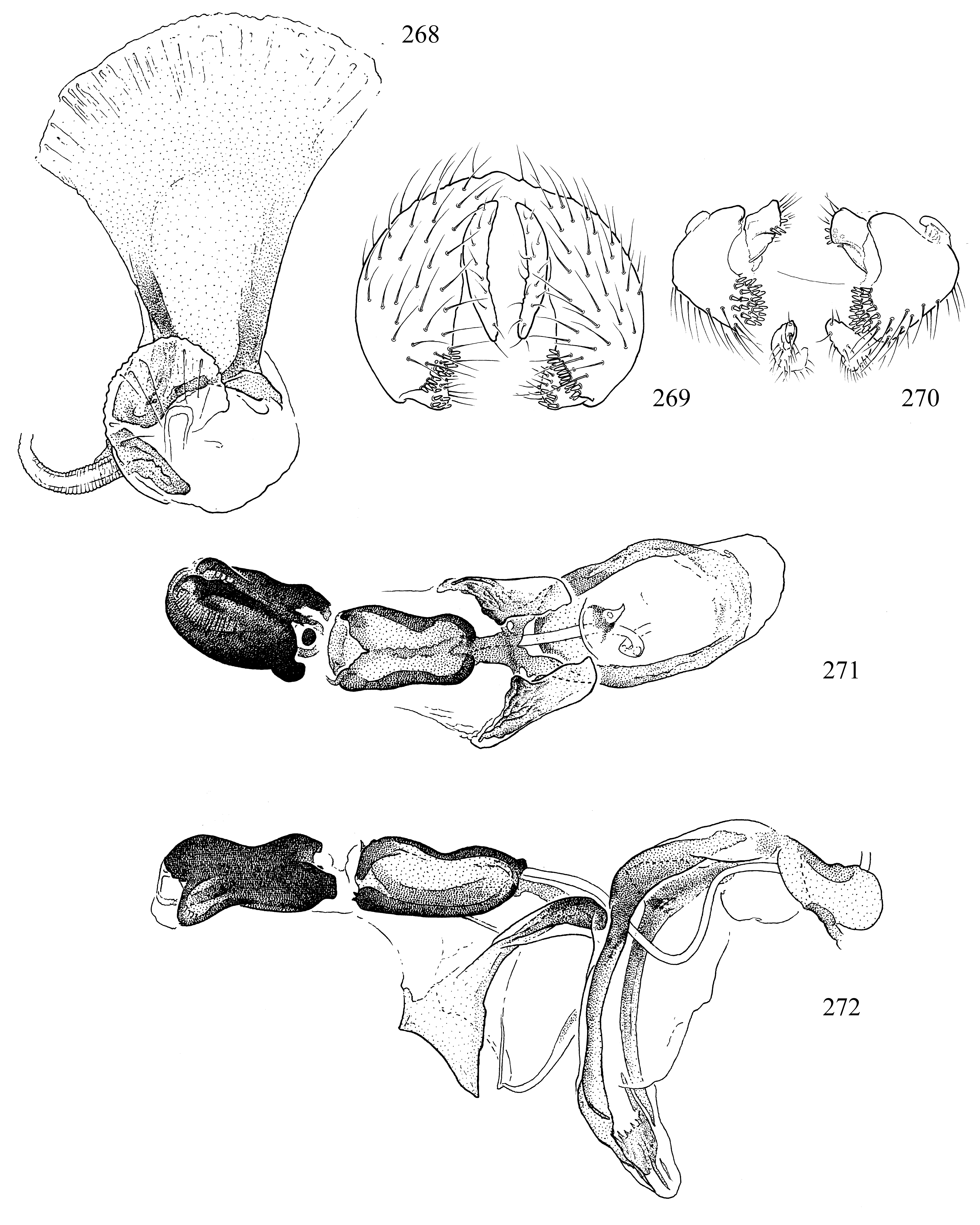