Mclaughlin, Patsy A. & Lemaitre, Rafael, 2008, Larvae of two species of Trizocheles (Decapoda: Anomura: Paguroidea: Pylochelidae: Trizochelinae), description of the adult of one, and preliminary implications of development on pylochelid phylogeny, Zootaxa 1911, pp. 52-68: 56-57

Remarks. In advanced development, morphological characters appearing in later zoeal stages are shifted backward or compressed into first and second stages. However when compression of morphological features unites with elimination and/or shortening of durations of stages, a highly advanced larva results ( Gore 1985). Development in Trizocheles   is clearly quite advanced and also lecithotrophic as it is in Pomatocheles   and Pylocheles   . As previously noted, all of the larvae of Trizocheles   are believed to have hatched prematurely as the females were preserved. The variation in development of the appendages seen in the several dissected specimens of T. s. spinosus   indicated that the embryos were not all at the same level of development when they hatched. Whether this disparity resulted from differences in initial egg deposition or from irregularities in the embryonic molt cycles among individuals can not be determined from the material available.

As the present larval descriptions are based on prematurely hatched specimens, some of the larval differences seen between the two species simply may be variations in developmental levels. However, metazoeae of these two species of Trizocheles   are readily distinguished from one another by the structure of the antennae, which is consistent for each species. In T. s. spinosus   , the subdistal lateral spine of the scaphocerite is prominently bifid, but it is simple in T. vaubanae   n. sp. Although the development of the uropodal endopods was greater in the latter species, both species appeared to be near the end of their embryonic molt cycles and would hatch either as megalopae or in the last zoeal stage before metamorphosis. 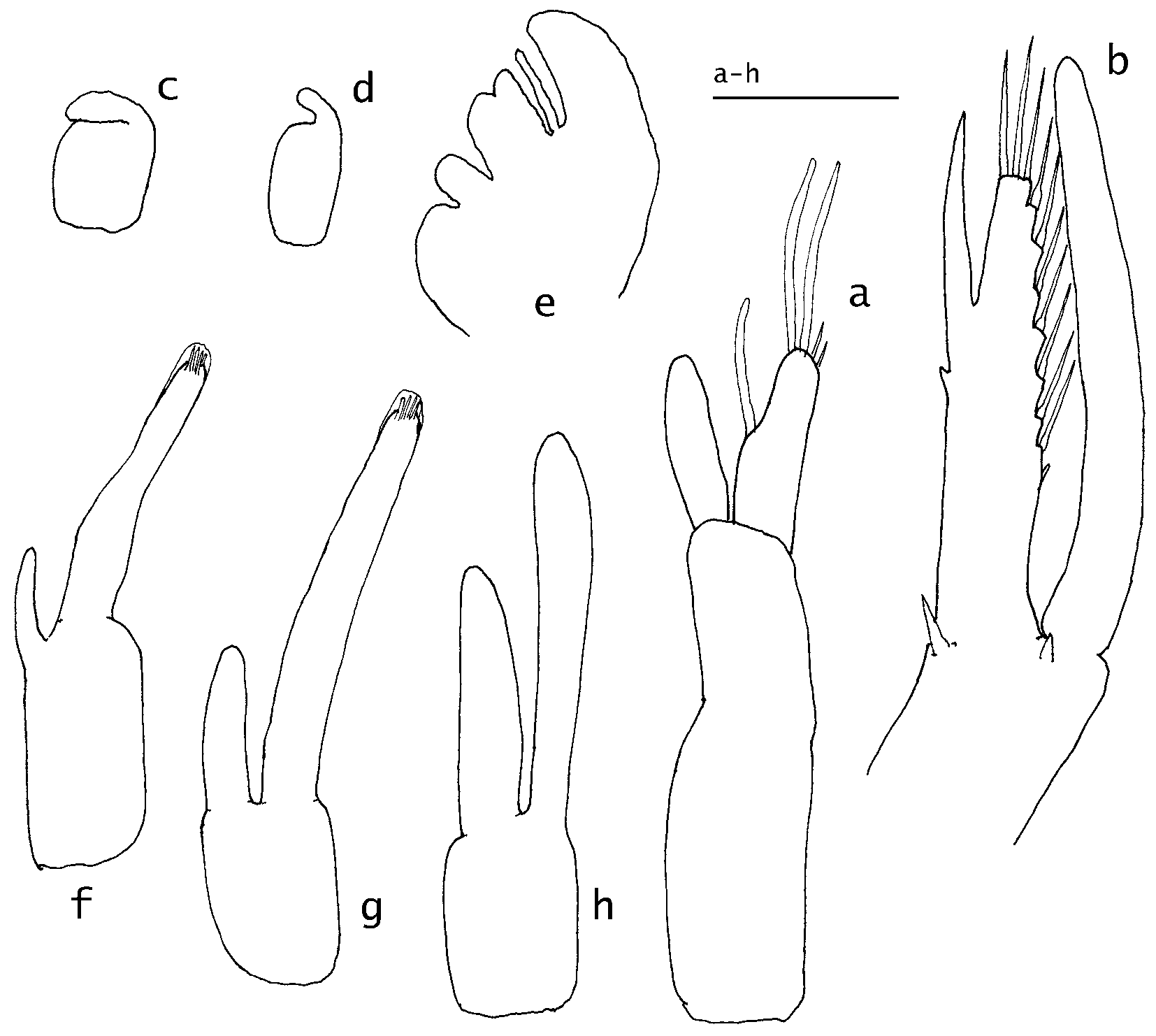 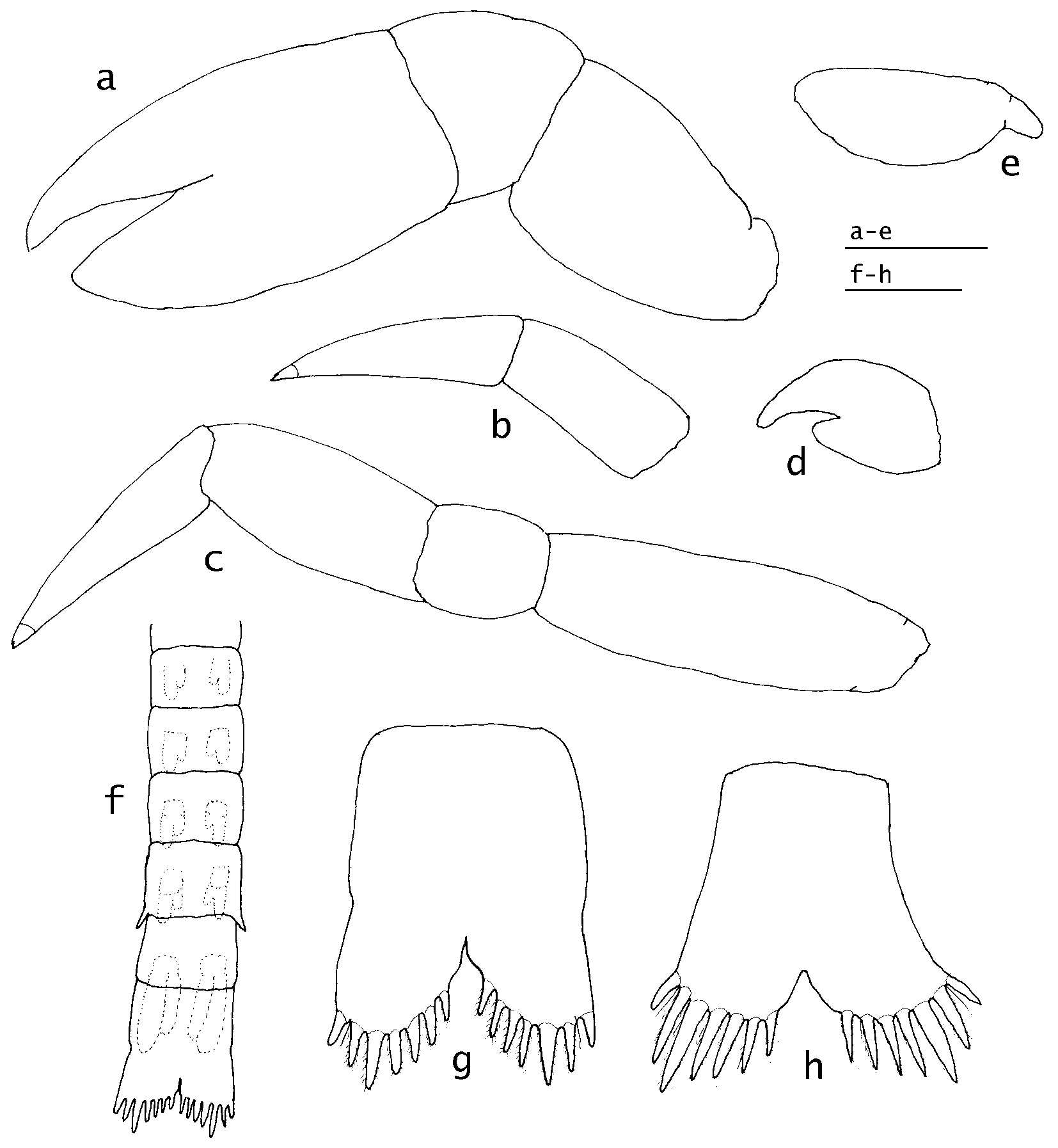