Diagnosis. Larva: It is similar of those of P. abdominalis , P. amazonas , and P. cressae , by the pale brown to yellow color of the head and very evident muscle scars ( Huamantinco et al. 2005, Barrios et al. 2020); it differs from that of P. fenestratus which has a uniformly brown head with the color of the scars of the dorsal and lateral muscles not conspicuous. Similar to P. amazonas , the foretrochantin has shorter spines on the ventral margin, whereas in P. fenestratus the foretrochantin has strong and prominent spines on the ventral margin. It differs from known larvae of the other species by having a narrow base on each of the anterolateral processes of the pronotum and a pre-apical region with an undeveloped lobe; in contrast, the larva of P. amazonas has anterolateral processes of the pronotum that are without curvature, gradually tapering to pointed apices and in P. fenestratus each process has a broad base and a pre-apical region with a rounded lobe that is convex, in P. cressae the anterolateral extensions of the pronotum are elongate as a pair of strongly sclerotized hooks ( Barrios et al. 2020), and in P. obliquus the anterolateral margins are strongly projecting with apices hooked anteroventrad ( Cavalcante et al. 2020). The larva of P. passulatus also differs in the color of the legs which are uniformly light brown, but those of P. amazonas are light yellow, with a brown band on median region of each femur, tibia, and tarsus and the legs of P. fenestratus are uniformly dark brown.

Case: It is flat and with each side composed of 3 to 4 fragments of leaves of rectangular or round shape such as those of P. mexicanus , P. abdominalis , P. obliquus , and P. cressae ( Wiggins 1996, Huamantinco et al. 2005, Cavalcante et al. 2020, Barrios et al. 2020). It differs from the flat cases of P. amazonas and P. lituratus ( Rueda Martín 2013) which are composed of two oval fragments of leaves on each side; it also differs from the case of P. fenestratus , which is built with 3 or 4 fragments of rounded leaves or rectangular, but it is nearly circular in cross section, not flat.

Head: Muscle scars ovoid and round, including three on middle and posterior regions of frontoclypial apotome ( Figs 15a, 15i View FIGURE 15 ), numerous on genae. Genae rough in anterior half, except for smooth muscle scars. Ventral apotome triangular and short, not reaching posterior edge of head.

Abdomen: Lateral line of setae on each side extending from anterior edge of segments III to VIII, curving ventrad on sternum VIII and touching ventral midline.

Bionomy. Larvae of P. passulatus were collected in streams on leafpacks, leaves retained between stones or wood. Pupae were fixed on leaves deposited on the bottom or under stones in areas of running water. In Presidente Figueiredo municipality (AM) and in Amajarí and Bonfim municipalities (RR), larvae were collected in second- to fourth-order streams, all with rocky bottoms and fast-moving water. In the streams near the airport in the urban area of Manaus (AM) larvae were collected in a first-order stream with low water flow and with substrate of small stones and sand.

Comments. Additional description of the male adult was included because Prather (2003), failed to evert the phallic endotheca fully, and did not illustrate tergum IV with its pair of lateral coremata each with basal globose lobes and with a long tubular posterior lobe with eversible membranous sac. 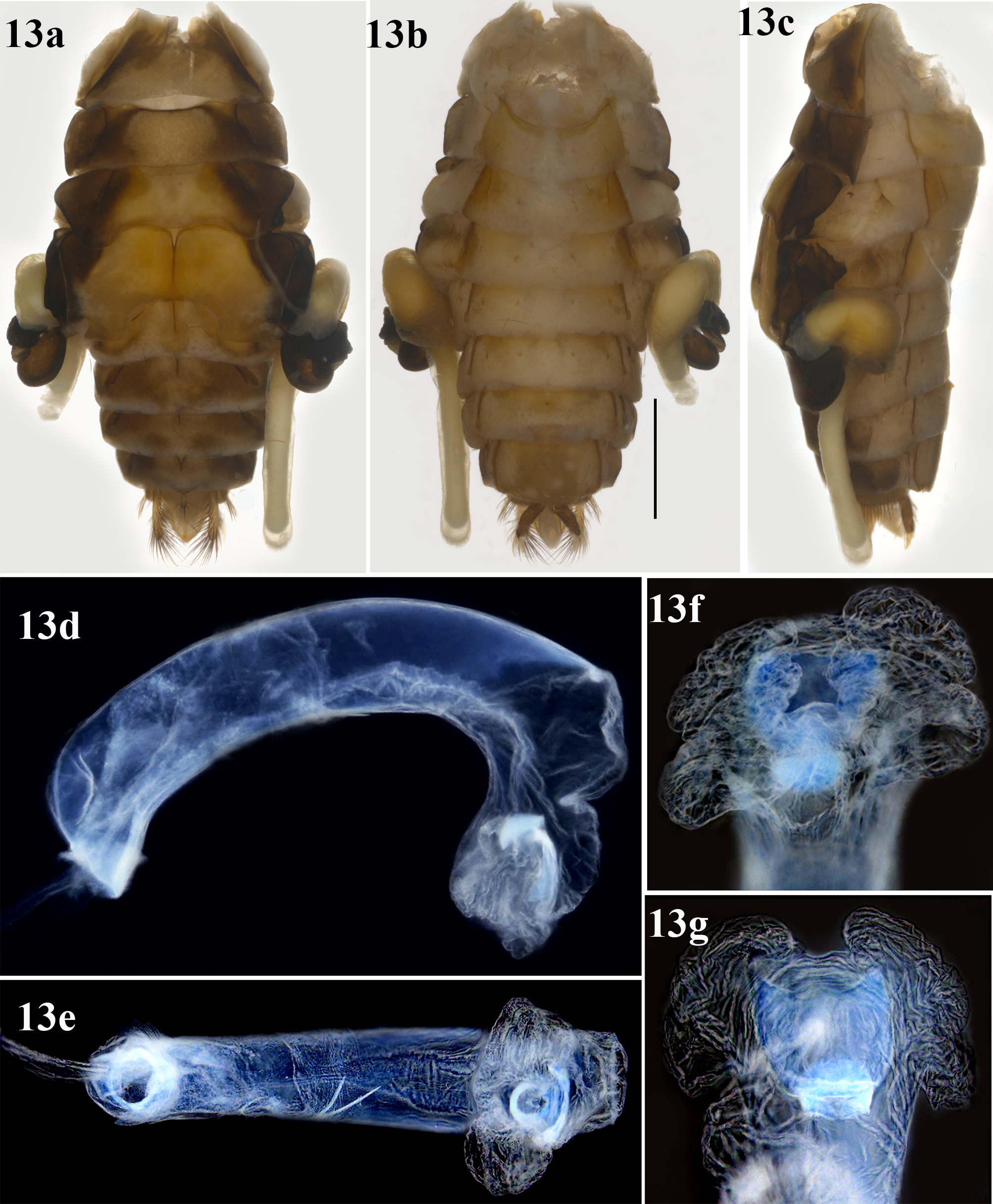 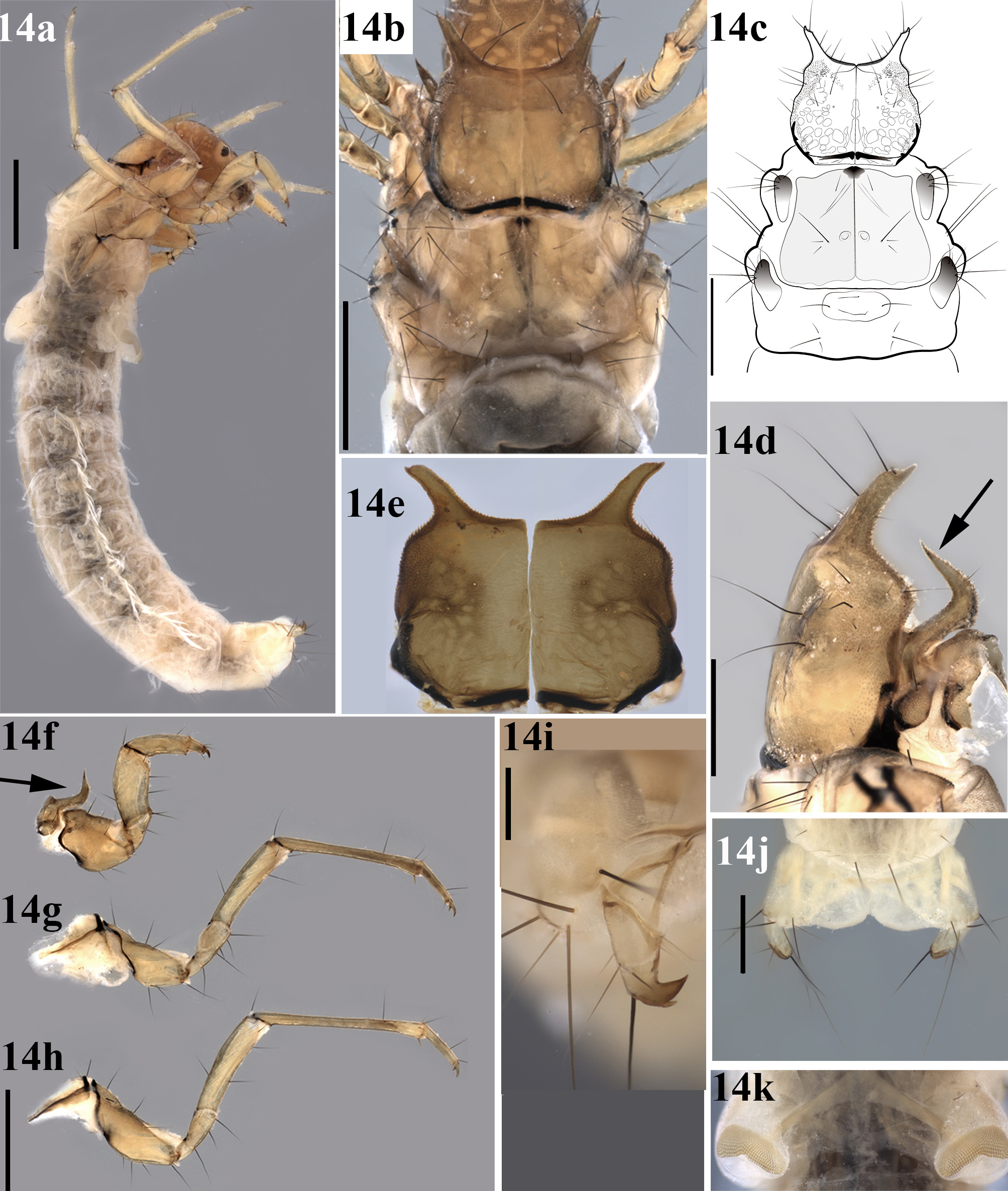 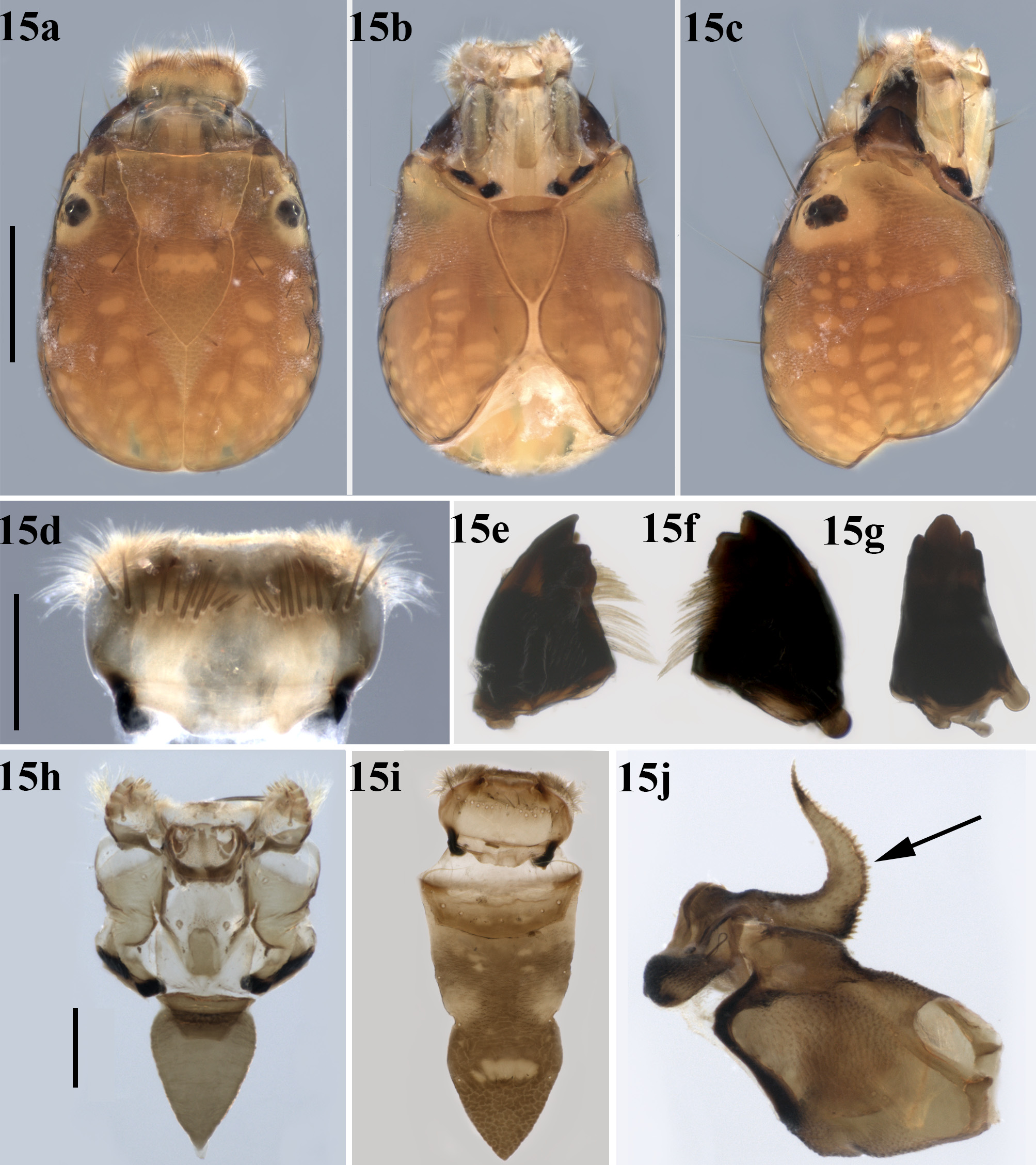