Diagnosis. Larva: It differs from other species in that it has a uniform brown head with the color of the dorsal and lateral muscle scars not conspicuous; larvae of P. abdominalis , P. amazonas , P. obliquus , P. cressae ( Huamantinco et al. 2005, Cavalcante et al. 2020, Barrios et al. 2020), and P. passulatus , have clear, very evident muscle scars. Each foretrochantin of P. fenestratus has strong and prominent spines on the ventral margin, whereas in P. amazonas and P. passulatus these spines are shorter. In P. fenestratus , the anterolateral processes of the pronotum each has a wide base and a pre-apical region with a rounded lobe that is different from those of P. amazonas which are without curvature and gradually tapering toward pointed apices, in P. passulatus , each process has a narrow base and a preapical region with an undeveloped lobe. In P. fenestratus , the color of the legs are uniformly dark brown, while in P. amazonas they are light yellow with a brown band on the median region of each femur, tibia, and tarsus; in P. passulatus the legs are uniformly light brown.

Case: It is similar to those formed by 3 to 4 rounded or rectangular leaf fragments on each side, but it differs in that these fragments are arranged as a nearly straight cylinder with narrow lateral flanges; the cases of P. passulatus , P. mexicanus , P. abdominalis , and P. obliquus also are composed of 3 or 4 rounded or rectangular leaf fragments on each side ( Wiggins 1996, Huamantinco et al. 2005, Cavalcante et al. 2020), but these cases are flat; the case of P. amazonas is flat, constructed with two oval leaf fragments, with the dorsal fragment larger than the ventral one. 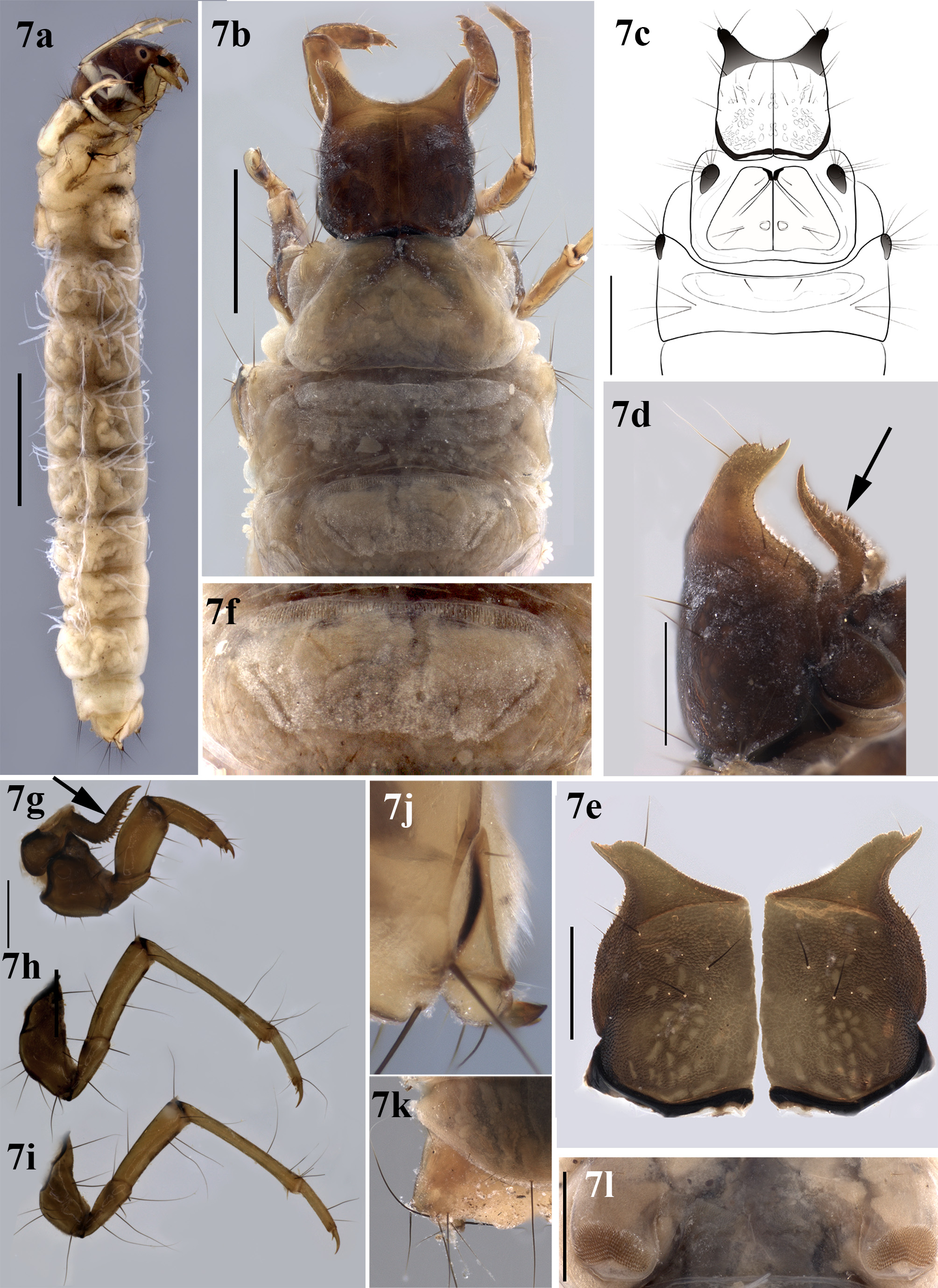 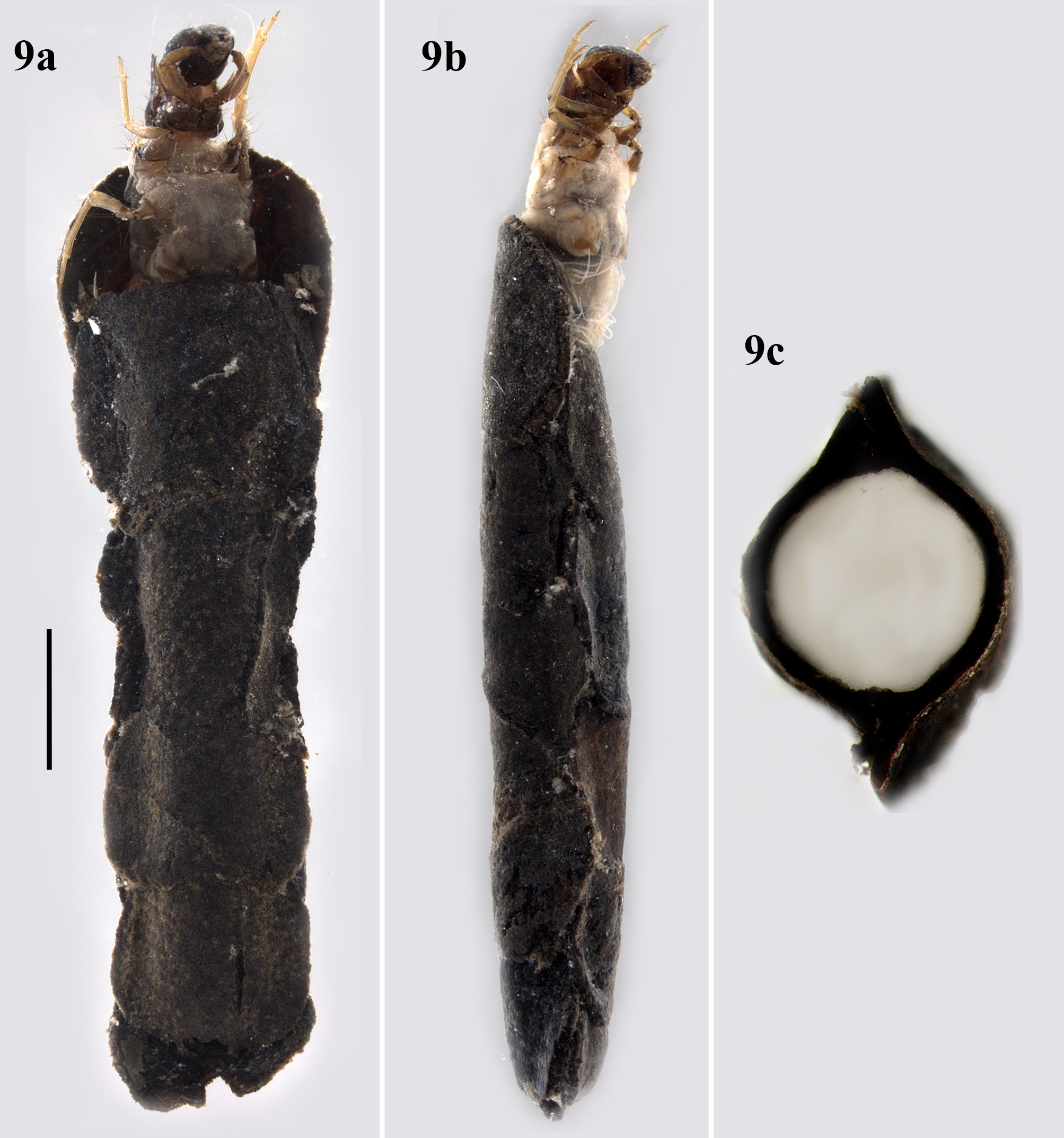 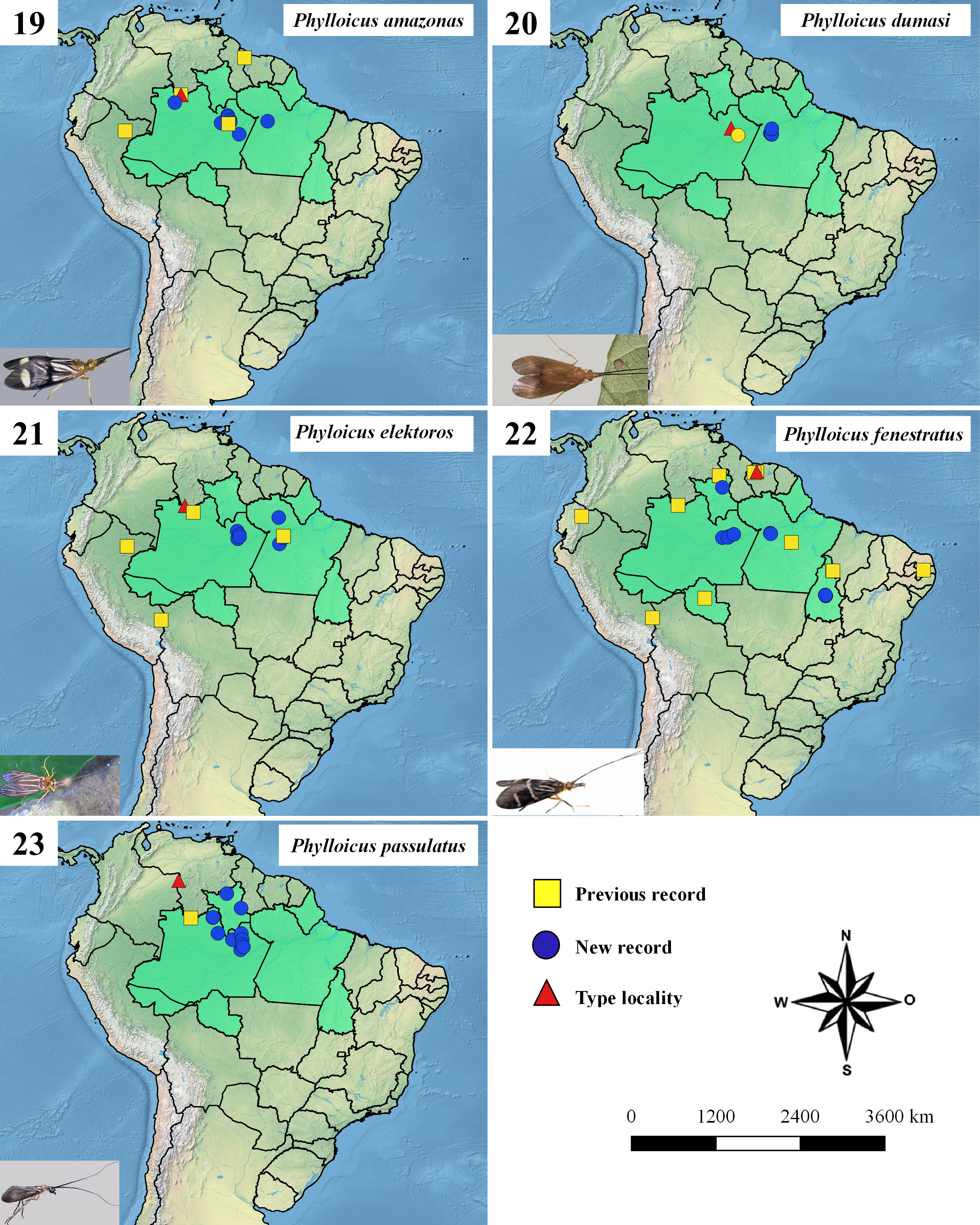