Etymology. Named after the characteristic spots on the forewing.

Diagnosis. A u-shaped pattern of six dark brown spots on the forewings (three on each forewing) is a distinctive feature of this species.A weakly developed form of this pattern can be found in Ch. carinata   (more strongly developed in females). Chidaea punctata   shares a number of features with Ch. carinata   such as a longer median section of pronotum compared to other species of Chidaea   , a well developed median carina on pronotum, strongly developed carinae on head and pronotum that are clearly contrasted in colour to adjacent areas. Both species, however, can easily be separated by the presence ( Ch. carinata   ) and absence ( Ch. punctata   ) of platellae on the first tarsomere.

The male genitalia of this species resembles Ch. dickinsonorum   in the length and arrangement of spines. Both species can be separated by the shape of the phallotheca in ventral view. In Ch. punctata   the phallotheca is bulging extensively left lateral, thereby concealing about half of spine (a) in ventral view. In Ch. dickinsonorum   the phallotheca bulges only slightly (if at all), thereby only marginally concealing small parts of spine (a). Further, in Ch. punctata   the middle section of both spines is more strongly curved inwards in ventral view. In Ch. dickinsonorum   spines are generally much straighter. These two species also differ in the length of spine (b). In Ch. punctata   this spine is much longer almost reaching the tip of the bifurcate ventral process.

The bulging phallotheca (ventral view) is a feature shared with Ch. bobadeenensis   and Ch. belairensis   , however these species can easily be distinguished from Ch. punctata   by the presence of platellae on the first hind tarsomere (absent in Ch. punctata   ).

Remarks. Interestingly, the female specimens from Willowburn were collected in the same collecting event as males of Ch. carinata   , however due to the absence of platellae on the first hind tarsomere they can be assigned to Ch. punctata   . 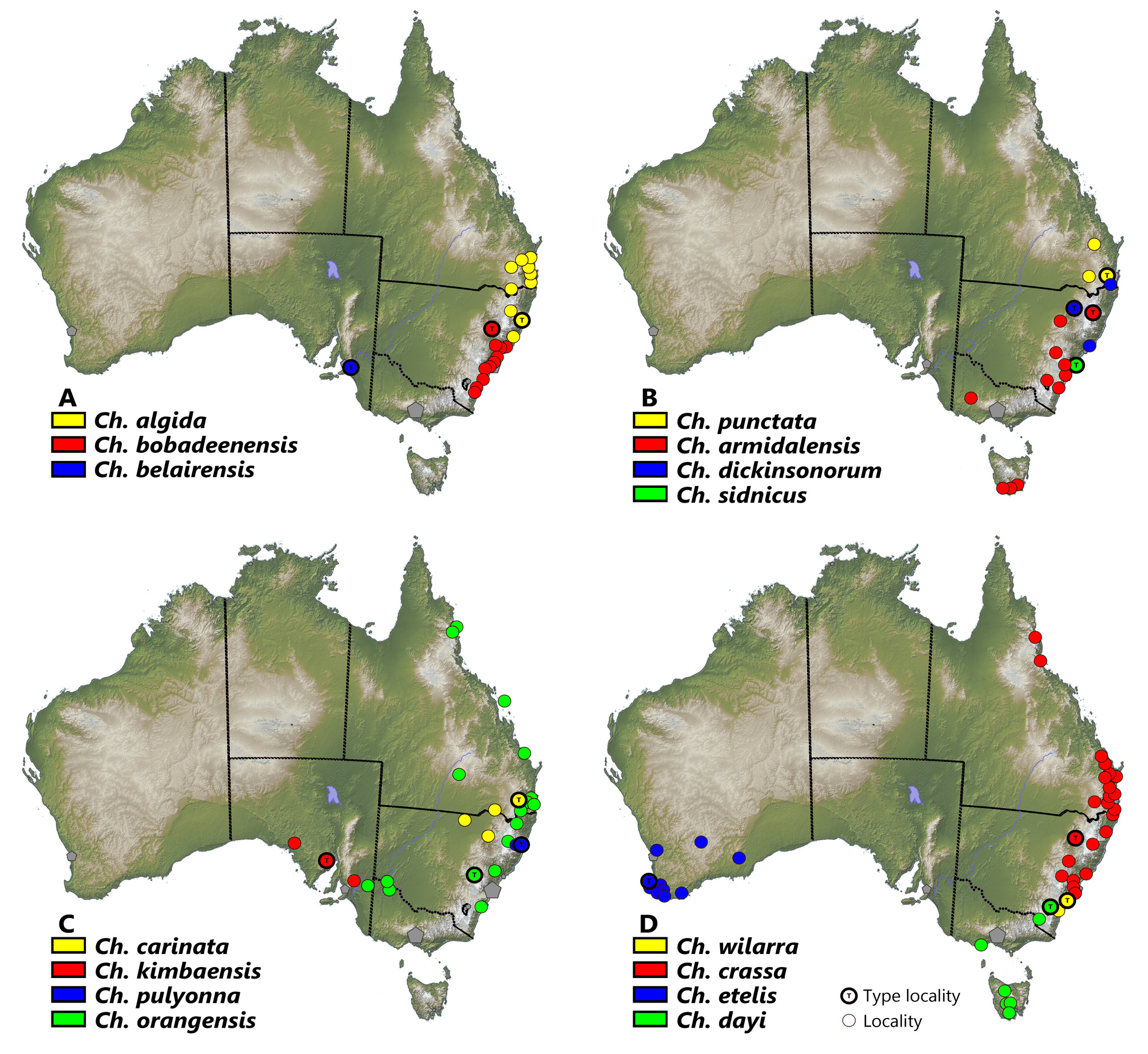