Diagnosis. Austropsyche  is distinguished from Diplectrona  and Arcyphysa  gen. nov. mainly by the mesal processes on the coxopodites. As on the head of Diplectrona  , the anterolateral warts, if divided at all, are divided by only a poorly defined suture; in Austropsyche  the posterior portion is usually more or less fragmented. The forewings ( Figs 49, 50View FIGURES 49–58, 76–79View FIGURES 70–83) resemble those of Diplectrona  and Arcyphysa  in each having cell ac lanceolate and hind wings each with Sc and R1 curved towards the leading margin, but only slightly; the median cell length is equal to or about 2/3 that of the discoidal cell. In male genitalia, Austropsyche  , in common with Diplectrona  , may have sclerotised spines associated with the phallus; these are absent in Arcyphysa  .

Remarks. In their unpublished MS redescribing Banks’ types, Ross and Morse (personal communication 1975) commented on the ‘unusual extensile slender apical portion’ of the phallus of Austropsyche victoriana  , on how in this respect Austropsyche  differs from any other Diplectroninae  genera. This structure is apparent in some of the museum specimens of Au. victoriana  , but not in all, and is not seen in any other species in the genus; possibly it depends on state at time of preservation, or method of preservation. On the basis of other character states, two distinct groups are recognised, referred to here as the Au. victoriana  Group, including Au. victoriana  , Au. bifurcata (Kimmins, in Mosely & Kimmins 1953)  , and Au. kaputar  sp. nov.; and the Au. acuta  Group, comprising Au. acuta  sp. nov. and Au. ambigua  sp. nov. Placement of a 6th species, Au. morana  sp. nov., is enigmatic; it appears to combine some male genitalic features of both groups, but in other features is highly autapomorphic.

Distribution. Found from the Grampians of south-western Victoria to south-eastern Queensland; no species of Austropsyche  is known to occur in Tasmania. 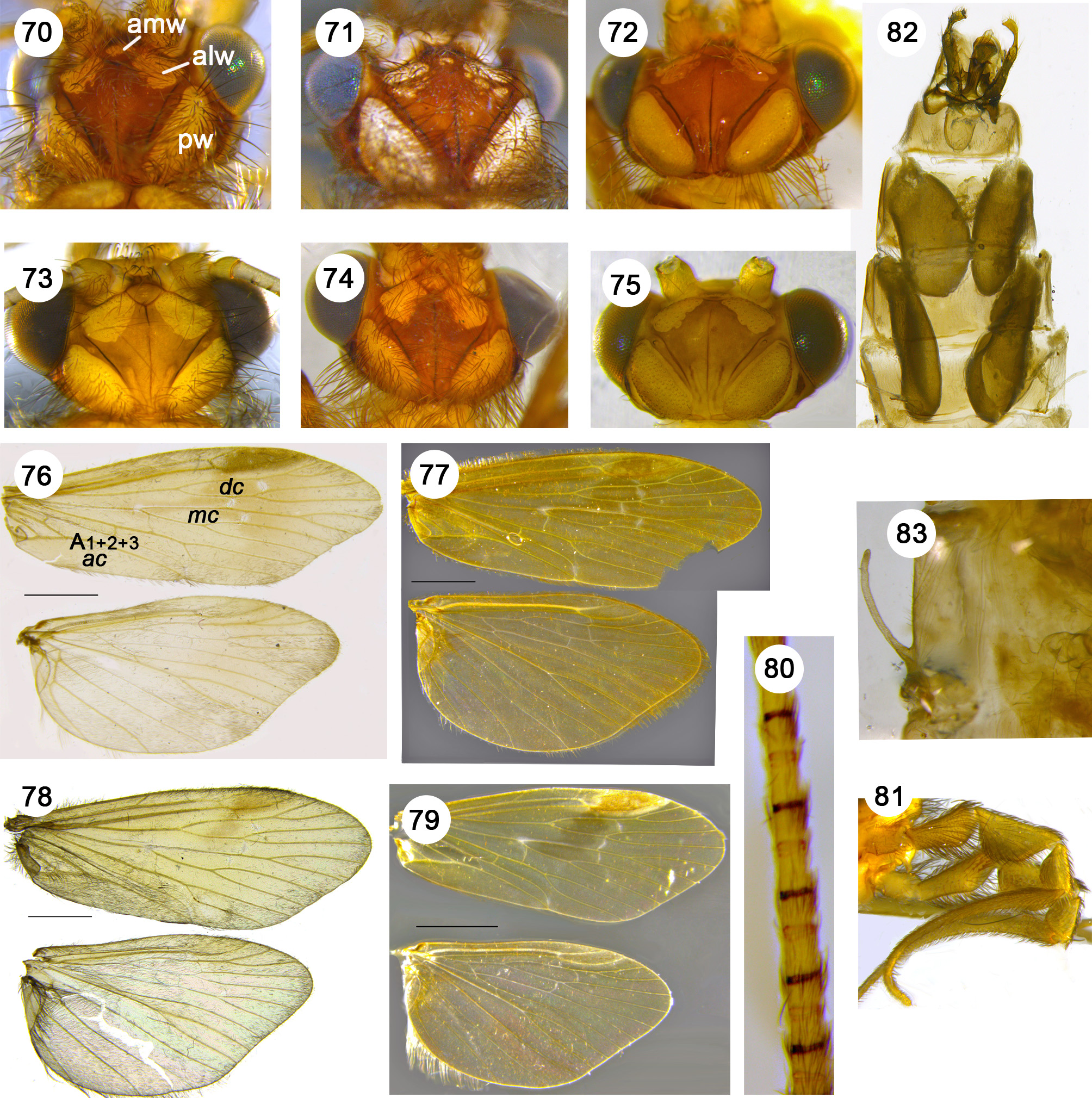