Diagnosis. In the form of the apicolateral processes, the clear separation of abdominal segments IX and X, and general features of wings and head, Arc. volsella  resembles Arc. flinti, Arc.  tortula  , and Arc. anaplasis  , but unlike the arrangement in those species, in Arc. volsella  the harpago is not divided into two separate lobes; in this respect, Arc. volsella  most closely resembles Arc. nebo  . Both Arc. volsella  and Arc. nebo  share the feature of tapered apices on the apicolateral processes of segment IX, rather than rounded apices as in Arc. angusta  , and Arc. volsella  has stout coxopodites that in lateral view are distally about 1.5x as thick as their basal width, not of even width along their lengths as in the other two species.

Distribution. Collected only from south-eastern Queensland, from Lamington National Park.

Remarks. Neboiss’ male genitalic preparations of specimens of this species have been found, but despite several careful searches of the NMV collection, and enquiries to QM and AM, the relevant bodies have not been located. Since in general features the species referred to Arcyphysa  are relatively constant, and the genitalia of A. volsella  are distinctive, this newly described species is included, based solely on the genitalic preparations. 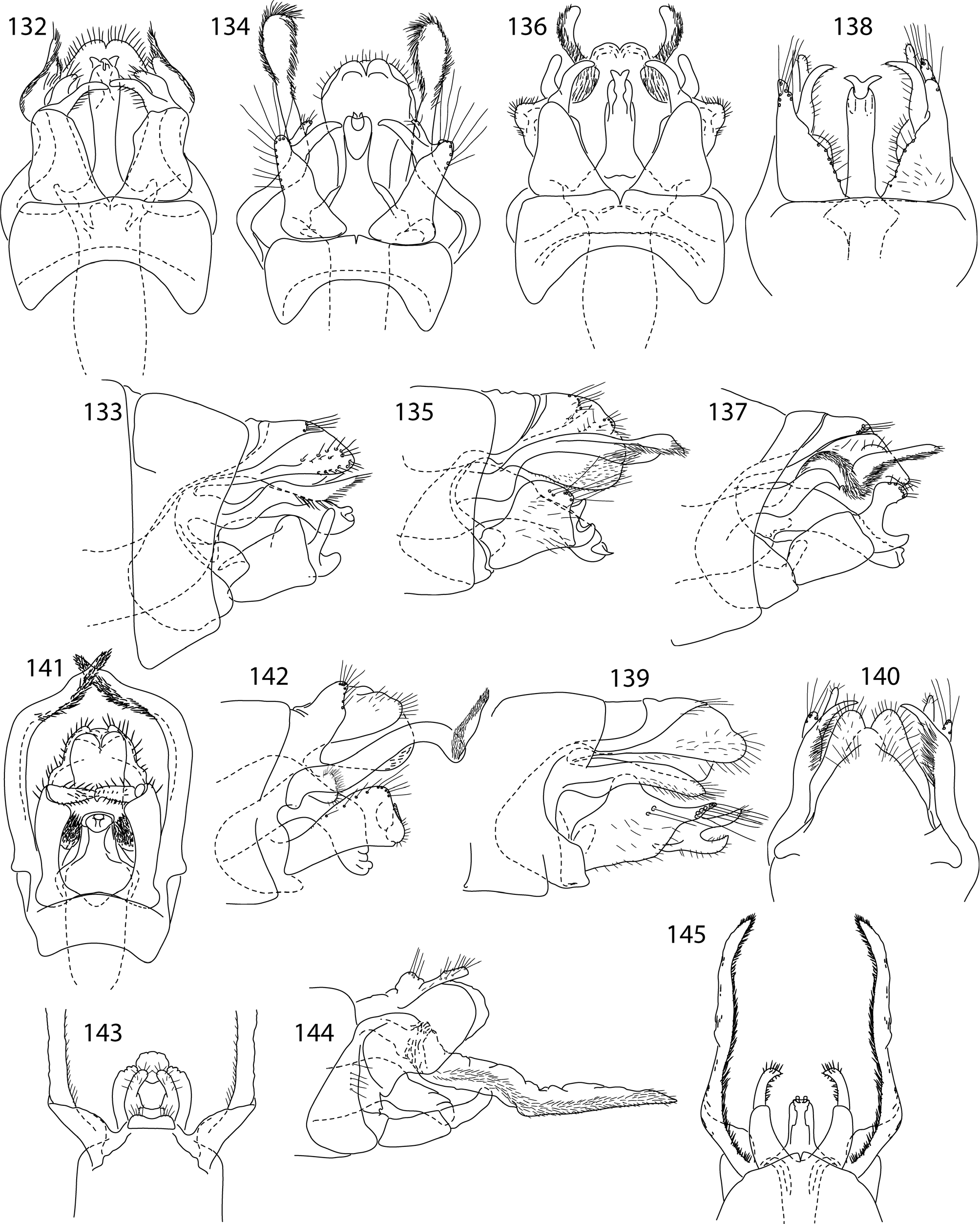