Taxonomic notes. According to Fennah (1968) the type species of Mahanarva   is a single female specimen from an unknown locality in Brazil and its general appearance is represented by Lallemand (1912) being the profile of the postclypeus similar to that found in Zulia   and Sphenorhina   . Carvalho & Webb (2005) in their book pictured the female syntype, according to these authors its external appearance is dissimilar from the other species of Mahanarva   .

In addition to the characteristics highlighted by Fennah (1968) the subgenus Ipiranga   does not have an angulated postclypeus and the rostrum reaches only the base of mesocoxae. Overall, Ipiranga   is distinguished from the subgenus Mahanarva   by the combination of a strongly receding postclypeus, a relatively narrow body form ( Figs 21 View FIGURES 13 – 21 , 23 View FIGURES 22 – 25 ), male genitalia similar to the type species of the subgenus with a slender and more elongate paramere, aedeagus with dorsal processes shorter than those of Mahanarva   . Female with first ovipositor valvulae with basal processes smaller than those of Mahanarva   . Some species of Ipiranga   can exhibit color polymorphism.

Carvalho & Webb (2005) stated that M. rubripennis   has features in common with both subgenera; the postclypeus is angular in profile as in the type subgenus but the tegmen is more elongate as in M. ( Ipiranga   ).

Examining the type series (3 males and 3 females syntypes) and other specimens of M. rubripennis   we observed that the postcylpeus is convex and not angulated as the others authors described. 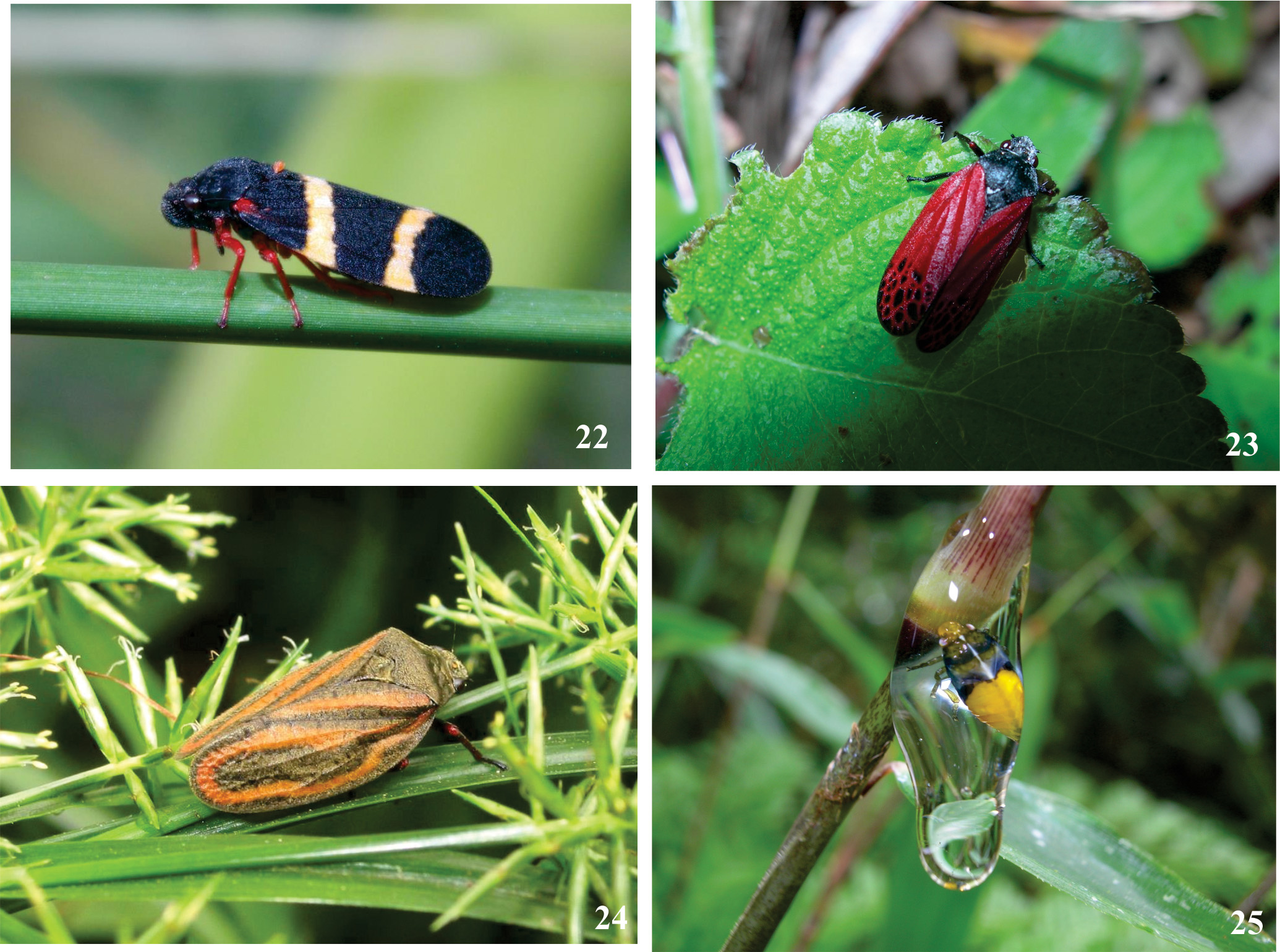