Diagnosis. A species with black thorax and all femora black with rather well differentiated yellow apices. The middle tibia is usually clear yellow with only short hairs ventrally apart from a very strong bristle near middle. The front and hind tibiae are predominantly black. The mid and hind tarsi are mostly yellow but the front tarsi are black. In females, tergite 8 encircles the abdomen and sternite 8 is produced apically into two long narrow processes.

The females listed under Additional material are only tentatively assigned to H. particularis .

Described originally from Hainan Island , China ( Yang et al. 2002), H. particularis is evidently widely distributed in Thailand ( Fig. 265 View FIGURES 260–268 ), including the western mountains throughout their length, the southeast, and the Isaan plateau in the east. Although occurring up to 1,306 m all but 6 of the 36 known specimens were collected at or below 750 m in seasonally dry forest biotopes. Adults have been found in all months of the year ( Fig. 294 View FIGURES 291–298 ) with indications of peak activity between December and March and again in June and July. 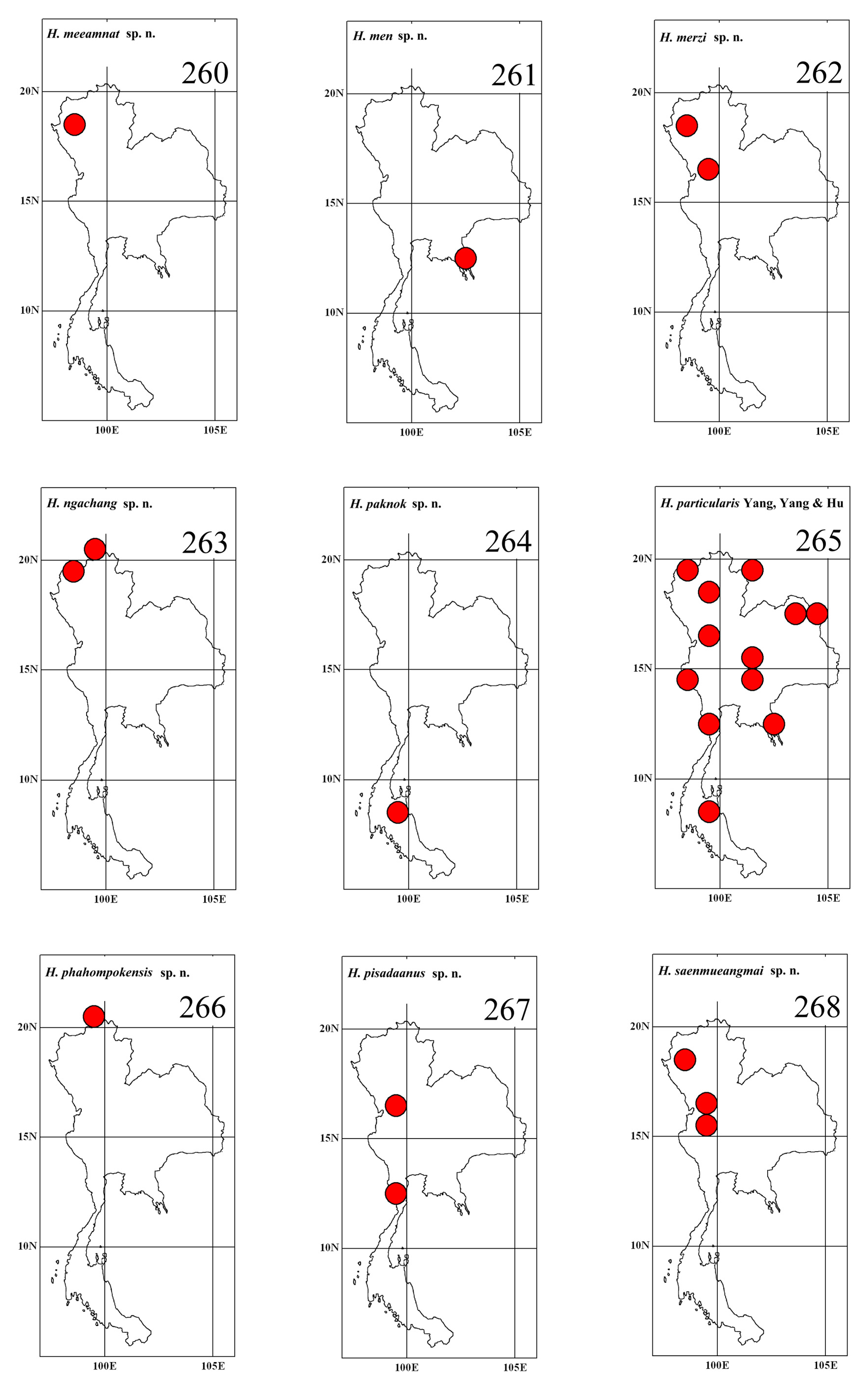 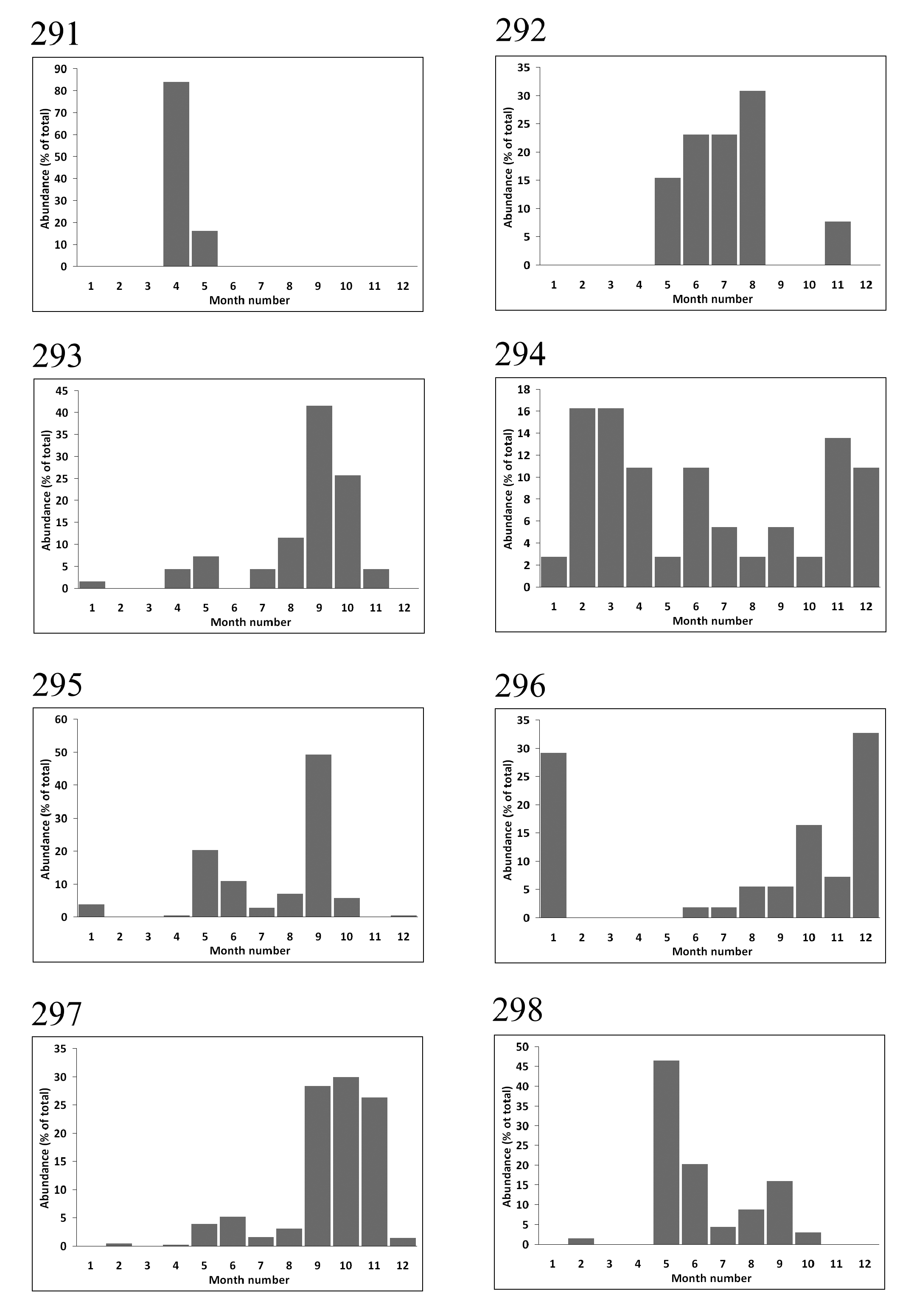 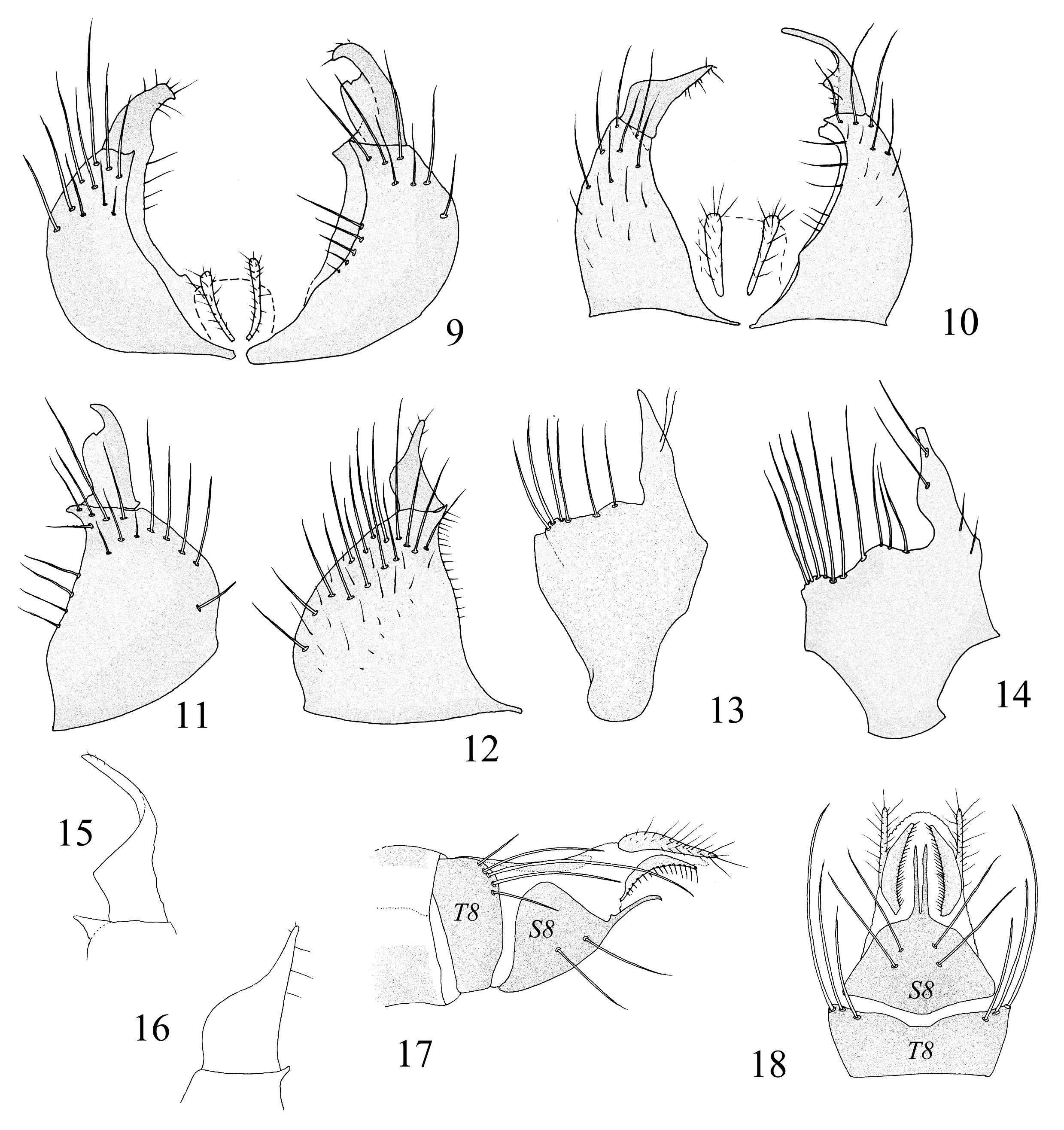