Diagnosis. This species has paraproct process with the basal half slender; apical half with interior margin expanded; apex obtuse with two distinct short and stout setae pointing posterior-externally on each process.

Etymology. This species is named after xinyao   (noun in apposition), a Romanised (Pinyin) form of the Chinese name a (xin) W (yao). It refers to the Singapore folksongs in the 1980 s and 1990 s. It also reflects the melodious chirping songs of many scaly crickets that can be heard in the forest of Singapore at night.

Discussion. This species is very similar to Ornebius nigrifrons Chopard, 1969   and Ornebius nigrirostris Chopard, 1969   from Peninsular Malaysia ( Table 2). Only non-sexual characters from the descriptions given in Chopard (1969) can be used for comparison. However, colour patterns remain relatively reliable characters to differentiate species of Ornebius   . Table 2 compares Ornebius xinyao   sp. n. with three other similar species and there are evidences that Ornebius xinyao   sp. n. is indeed new. This species is also similar to Ornebius citrus Ingrisch, 2006   and Ornebius flori Ingrisch, 1998   having the male tegmen yellow with black hind margin, and the lateral valves of the male phallic complex forming dorso-ventrally compressed lobes. It differs however from the two other species by the maxillary palps, male supra-anal plate and paraproct processes. This species is also similar to Ornebius brevipalpus Ingrisch, 2006   from Thailand by segments of maxillary palps short and abdominal apex but different by tegmen colour and male phallic complex. 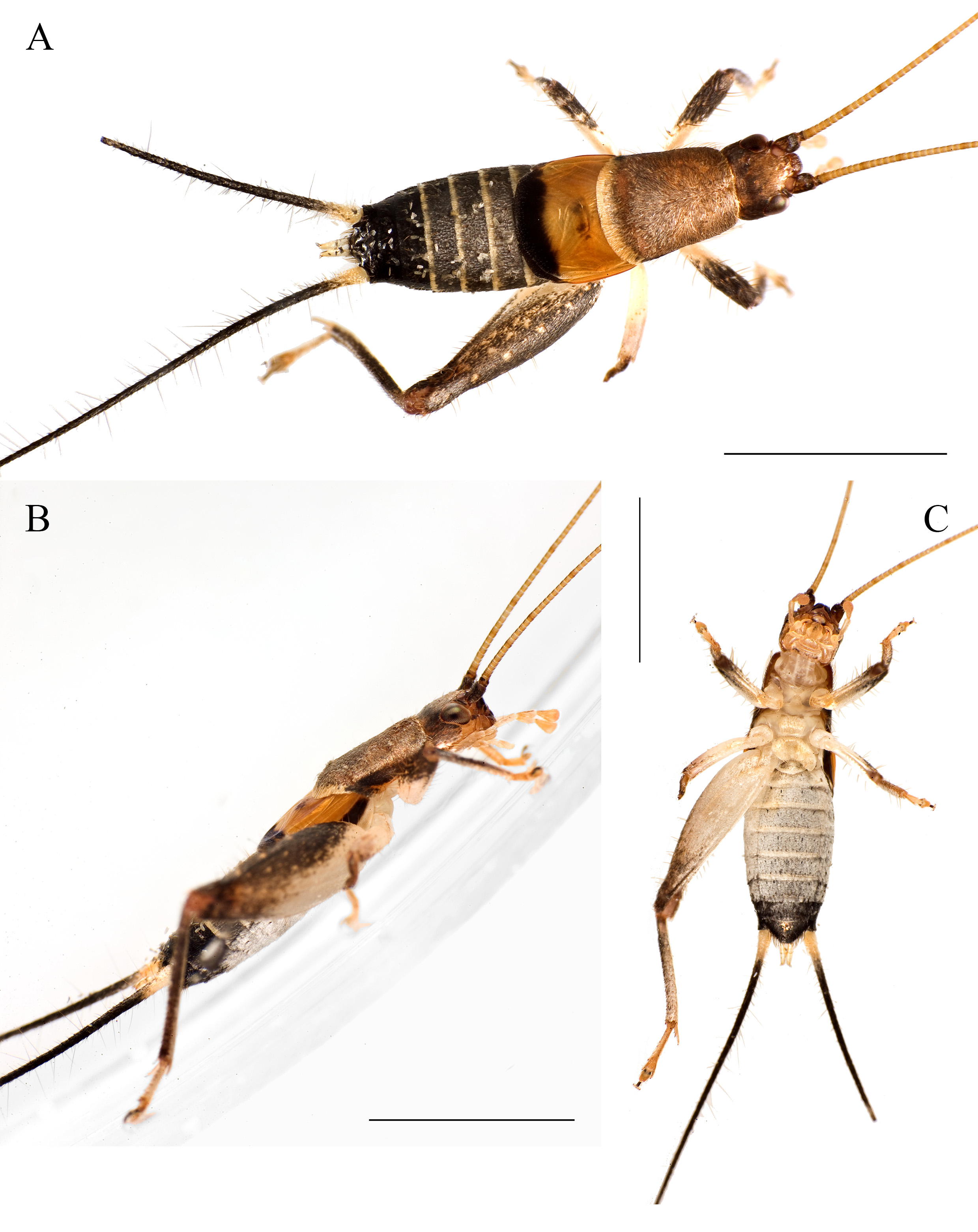 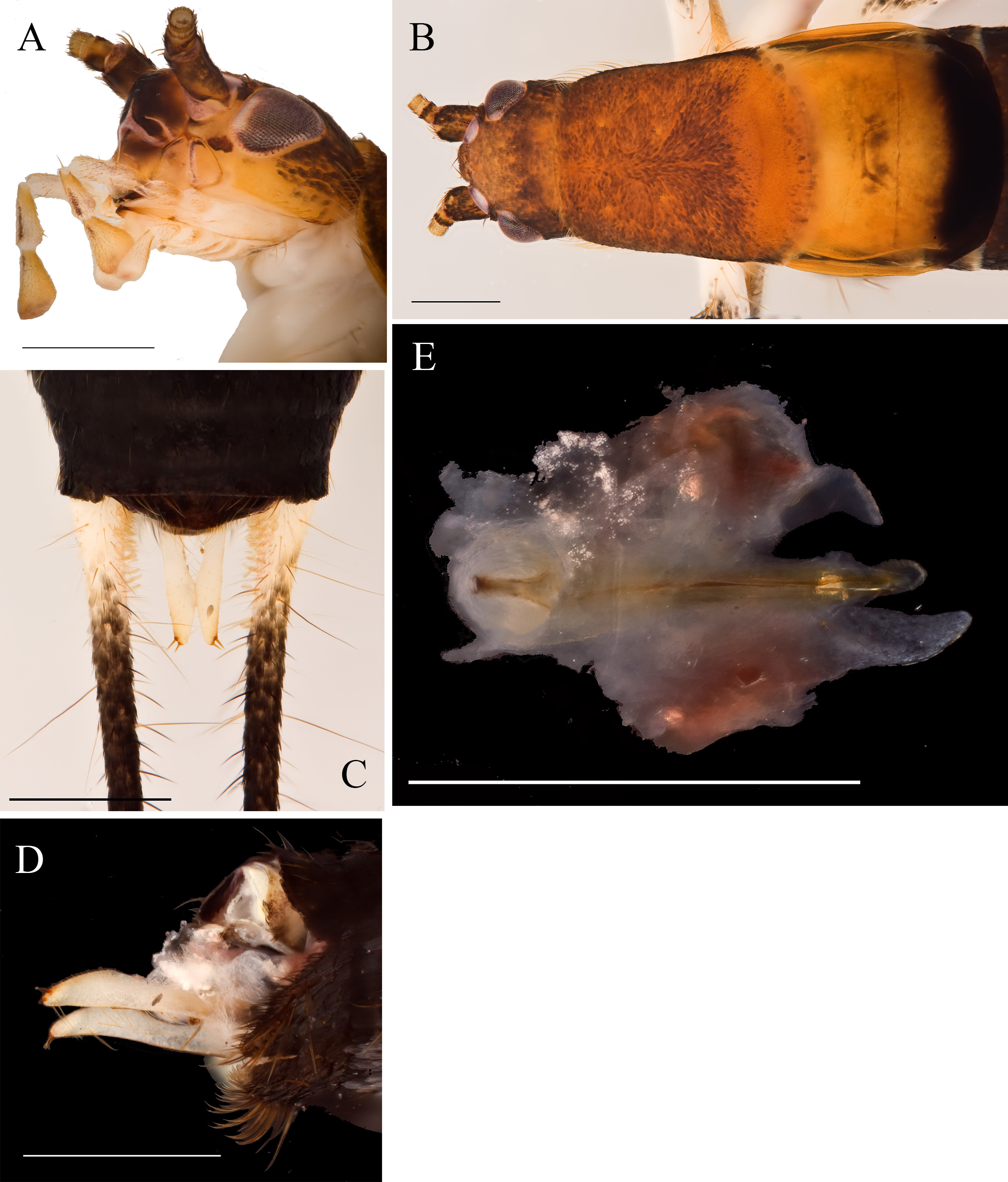