Etymology. The specific name refers to the tear-like (drop-like) secondary spermathecae of the female holotype (Ancient Greek “dakryodes” means “like tears”, “like drops”); term in apposition.

Remarks. The two female types were collected by G. Schmidt 1952 at the harbour in Hamburg. Several years later G. Schmidt identified them as C. dimidiata Simon, 1901   . As Schmidt traced the origin of the charge (of banana fruits) as ‘Colombia’, he must have checked the catalogues on spider literature of species known at that time, i.e. Roewer (1954a, b) and Bonnet (1956). In these publications the land/island/region/continent of distribution is listed for each species. Schmidt might have found that C. dimidiata   was the only species listed for Colombia except C. electa   , which could be excluded from the further identification process because of the different dorsal colouration of the females. Note: at that time the females of C. electa   were still misinterpreted; in the present study we found that the female paralectotypes were definitely misidentified, and, in fact, are C. spiralis   (see under C. electa   below). Corythalia dimidiata   , however, is a nomen nudum, which is definitely not identifiable and recognisable (see under ‘ nomina nuda ’ below).

The locality in Colombia from where the type specimens originated is most likely within the Zona Bananera south of Ciénaga (see material list above) as by far the most Colombian bananas that are exported abroad are planted in that region.

As long as the conspecific male of C. dakryodes Bayer   , sp. nov. remains undiscovered, it is difficult to predict possible relationships of this species. The species belonging to the C. waleckii   species group ( C. waleckii   , C. electa   , C. tropica   , C. fulgipedia   , C. longiducta   sp. nov. and others) might be closely related as they have the following characters in common: elongated drop- or kidney-shaped secondary spermathecae, quite long connective ducts, more or less round primary spermathecae and elongated epigynal windows. However, in this new species the distal sections of the copulatory ducts are running latero-posteriorly, because of the very far anterior situated copulatory openings. At least this aspect would rather argue against a close relationship with the species of the C. waleckii   species group. 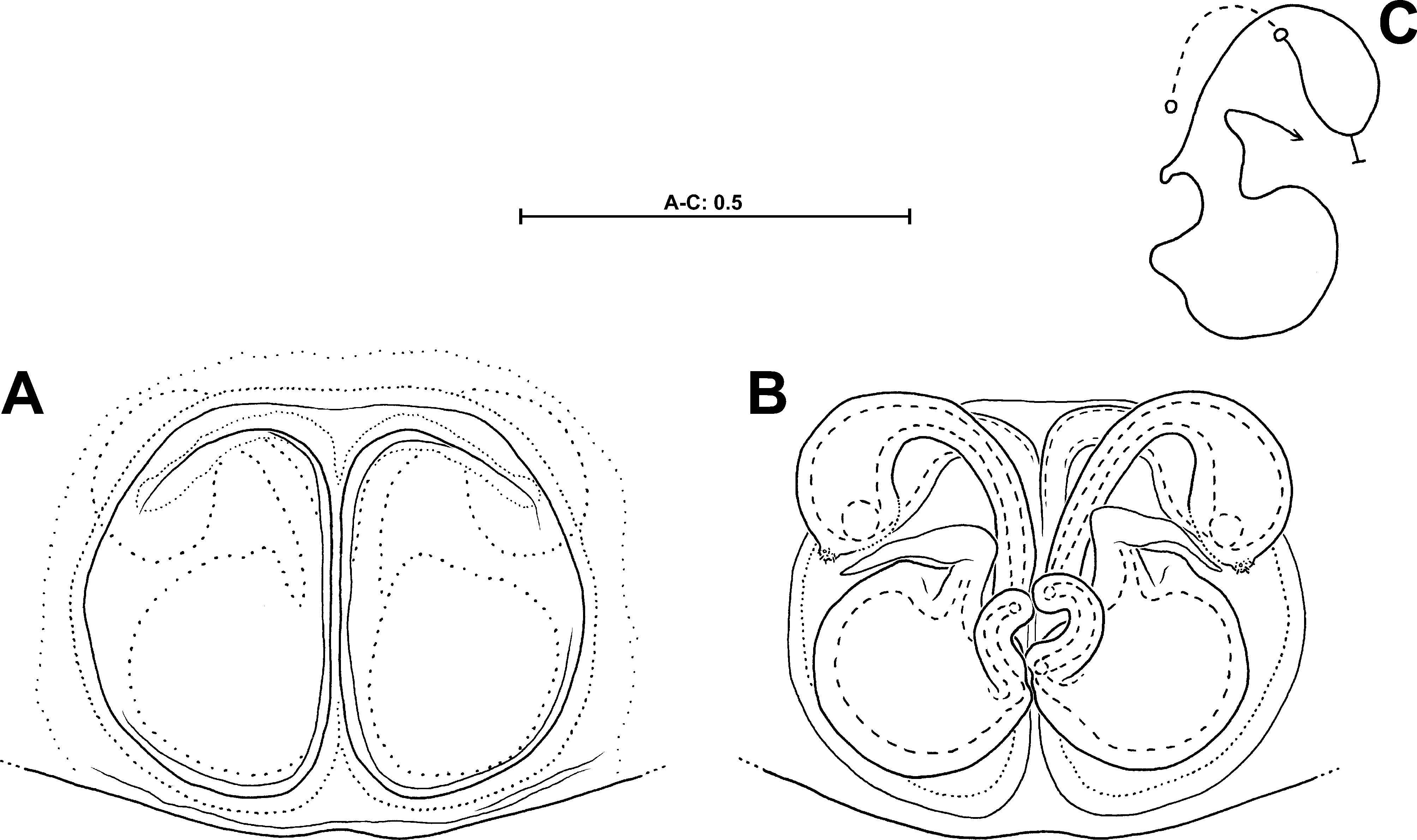 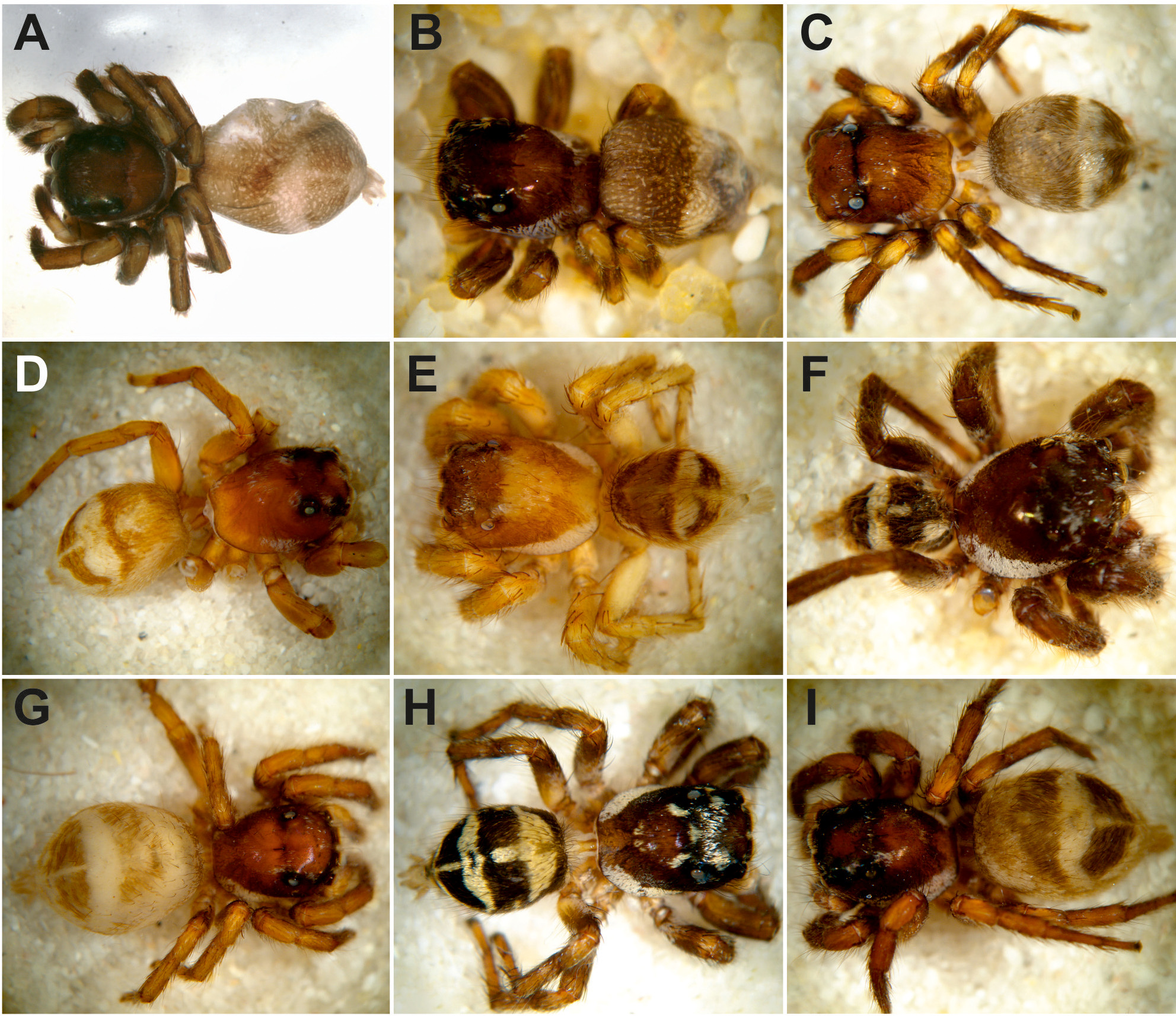 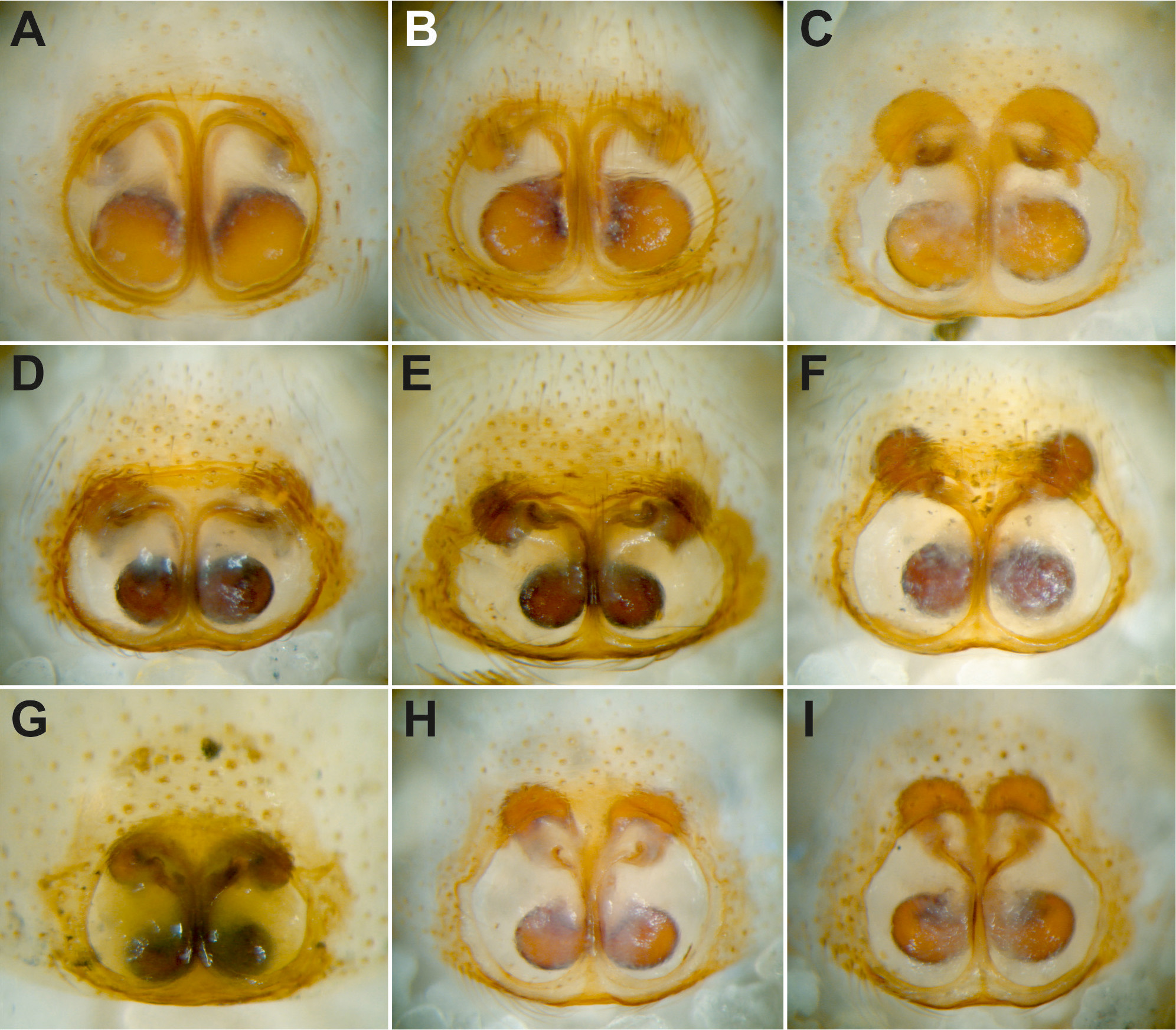 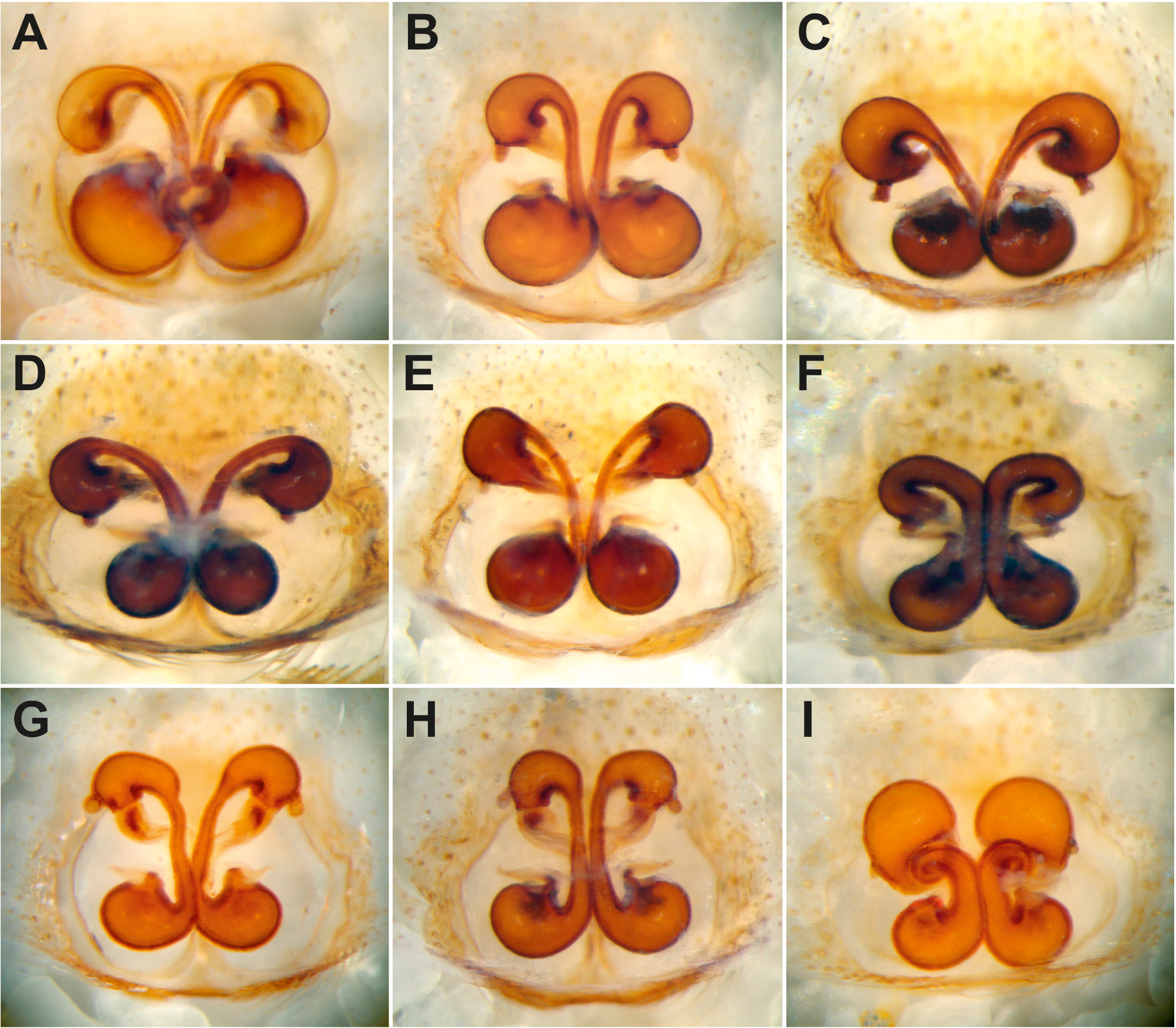