Mesembrinella patriciae Wolff, 2013: 121   . Holotype male (CEUA), not examined. Type locality: Filandia, Quindio, Colombia. [NB: originally placed under Mesembrinella   , later moved to Laneella   based on DNA analysis and the examination of spermathecae which revealed they are tuberform like other Laneella ( Marinho et al. 2017)   .]

Material examined. None (no specimens could be obtained for examination).

Remarks. A single sequence of this species from GenBank ( KR820718 View Materials ) was added to our molecular analysis. It was distinct from other species and was recovered close to L. fusconitida   sp. nov. ( Fig. 488 View FIGURE 488 ) with a genetic divergence of 3.84%, which supports them as two separate species; this is supported also by the several morphological differences as listed above. 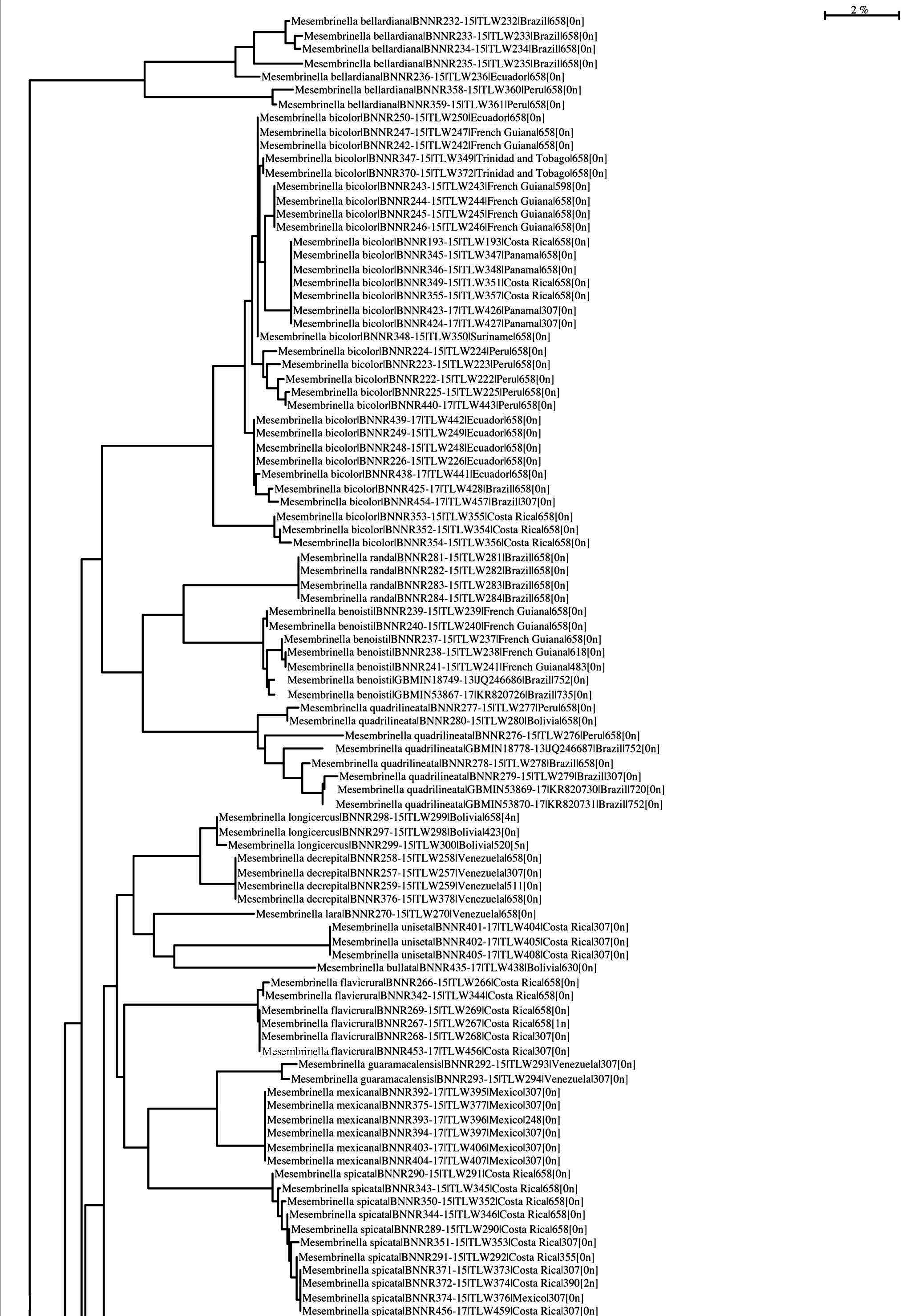 FIGURE 488. Neighbor-joining tree of COI DNA barcode sequences of specimens and species of Mesembrinellidae, using K2P distances and generated in BOLD; species names on the tree are followed by BOLD accession number, voucher number, country of origin, number of sequenced base pairs and number of ambiguous nucleotides.