The genus Noathrips  was erected with prakashi  as the type species, collected from herbage and Lantana  leaves in India ( Bhatti 1967). Subsequently, 1 female and 1 male of this species were collected in Sri Lanka from grasses ( Kudô 1979). The genus is closely related to Copidothrips  but can be distinguished by one segmented tarsi and forked sense cones on antennal segments III and IV. 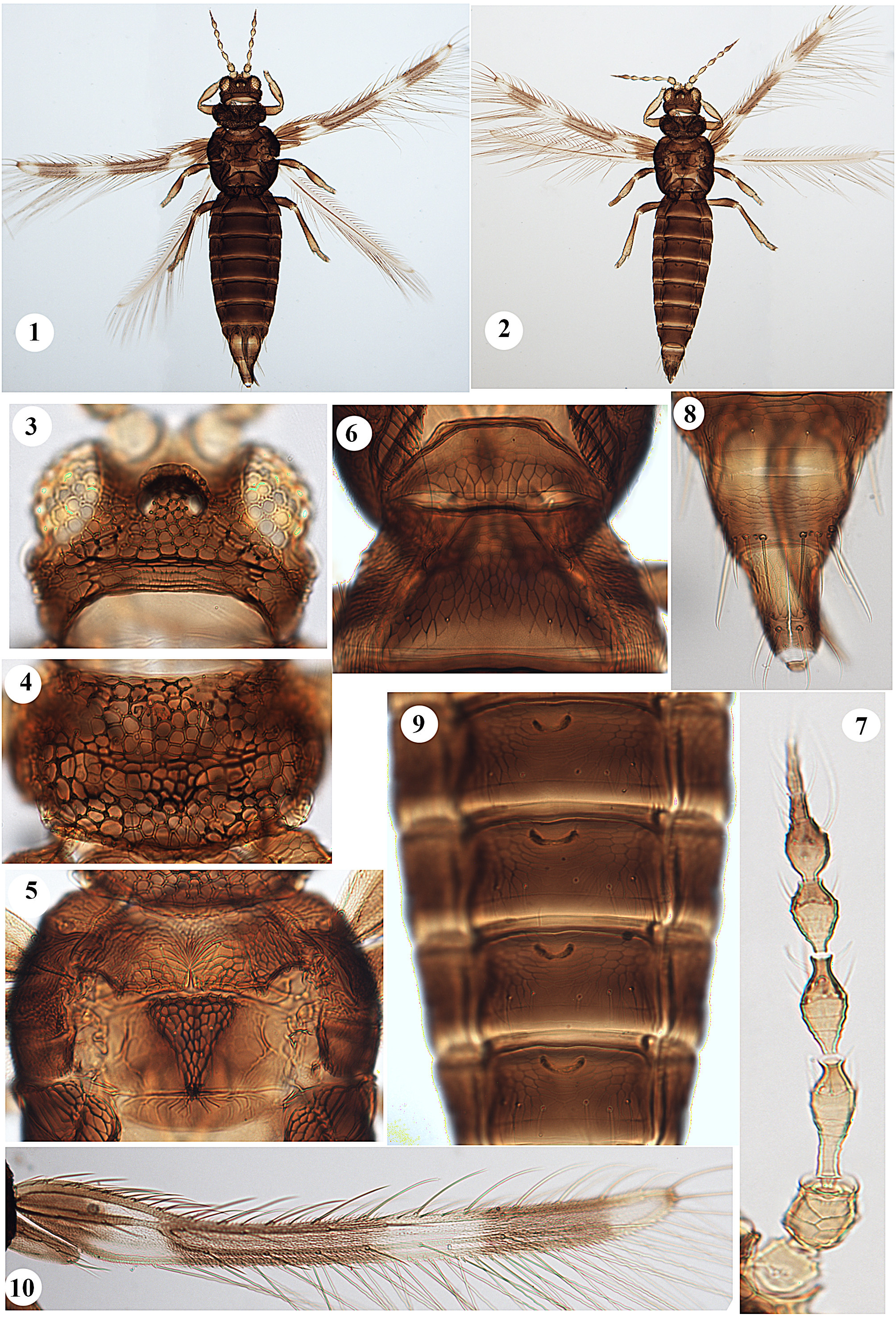