Diagnosis. General colour brown with a little grey pollinosity; scutum with three very faint brown vittae; face, parafacial and gena silver from certain angles; palpus brown; legs yellow, including coxae, apical third of femora brown; the narrowest point of the fronto-facial stripe is below the base of the antenna ( Fig. 19View FIGURES 1 – 20); antenna inserted at dorsal third of eye; postpedicel long and large; frons widened towards vertex; arista with very short hairs; scutellum with both pairs of setae long and with setulae on disc; anterior katepisternal short; haltere yellow; lower calypter about 2.5 times as long as the upper one; fore tibia with a very long posteroventral seta; hind tibia with one anterior and one anterodorsal, inserted almost at the same level, the anterior one shorter; sternite 5 as in Fig. 68View FIGURES 65 – 76.

Notes. Included in the rebmanni  group. The head of the species of this group is very characteristic as the narrowest point of the fronto-facial stripe is below the base of the antenna ( Fig. 19View FIGURES 1 – 20). One male paratype dissected and illustrated. 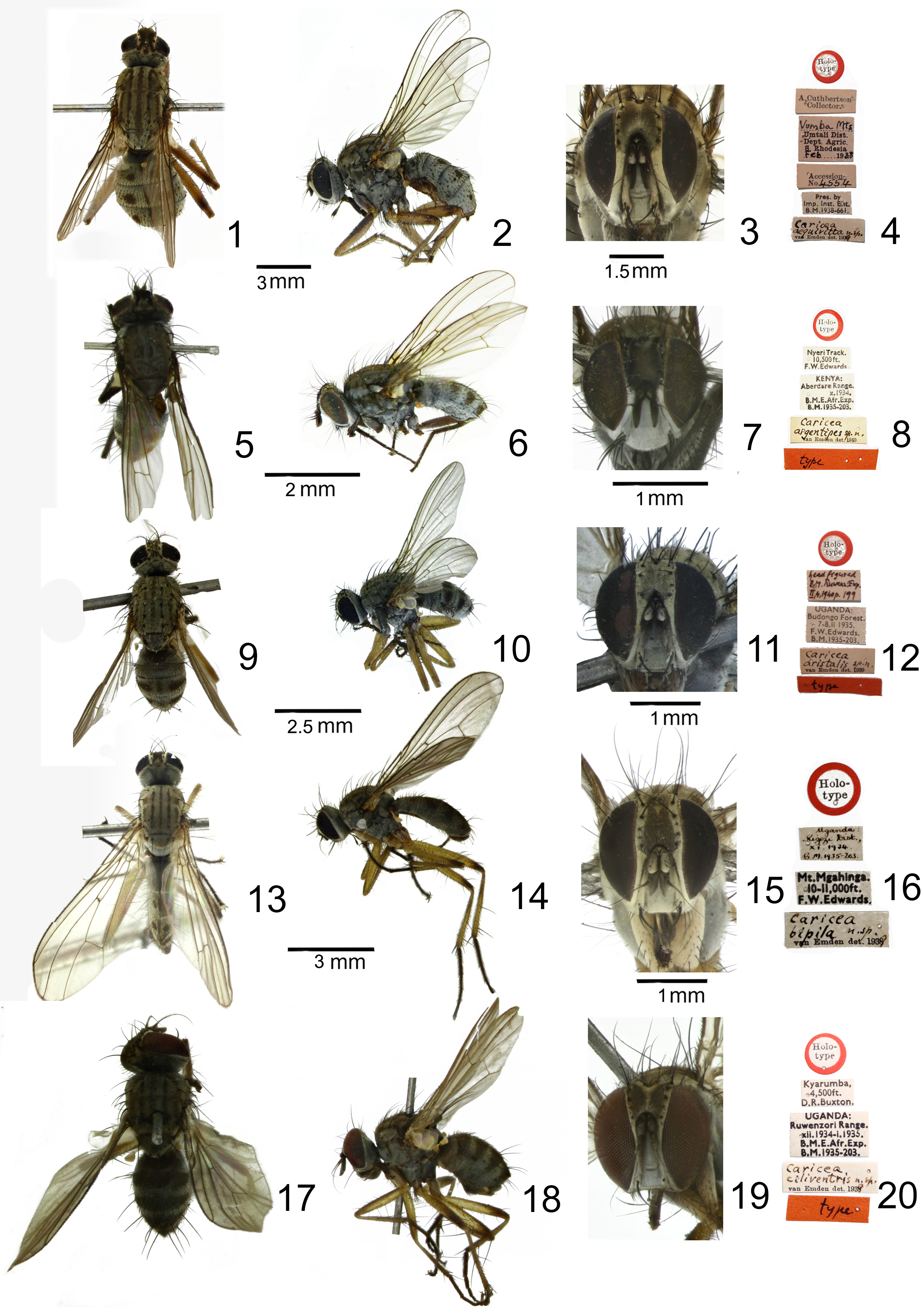