Diagnosis. General colour brown; scutum grey pollinose presuturally and brown dusted postsuturally; abdomen uniformly brown; face, frons, parafacial and postpedicel strongly silver; frons widened to vertex; wing strongly infuscated; ocellar setae absent; legs entirely black; scutellum with four strong setae and with setulae on disc; anterior katepisternal short, lower one about half as long as the long posterior one; lower calypter about 1.8 times the length of the upper one; haltere with knob brown; hind tibia with an anterior and an anterodorsal seta inserted at the same level; sternite 5 as in Fig. 65View FIGURES 65 – 76.

Notes. Included in the niveifrons  group, and easily recognised by the colour of the head and scutum. As stated in Emden (1940), the species was previously identified as C. praeacuta Stein, 1913  , and the holotype has a second species name label bearing an unpublished manuscript name. Apparently Emden changed his mind and decided to give the species another name. We have added a new label, C. chaetomeros  , to the holotype. One paratype male was dissected and illustrated. 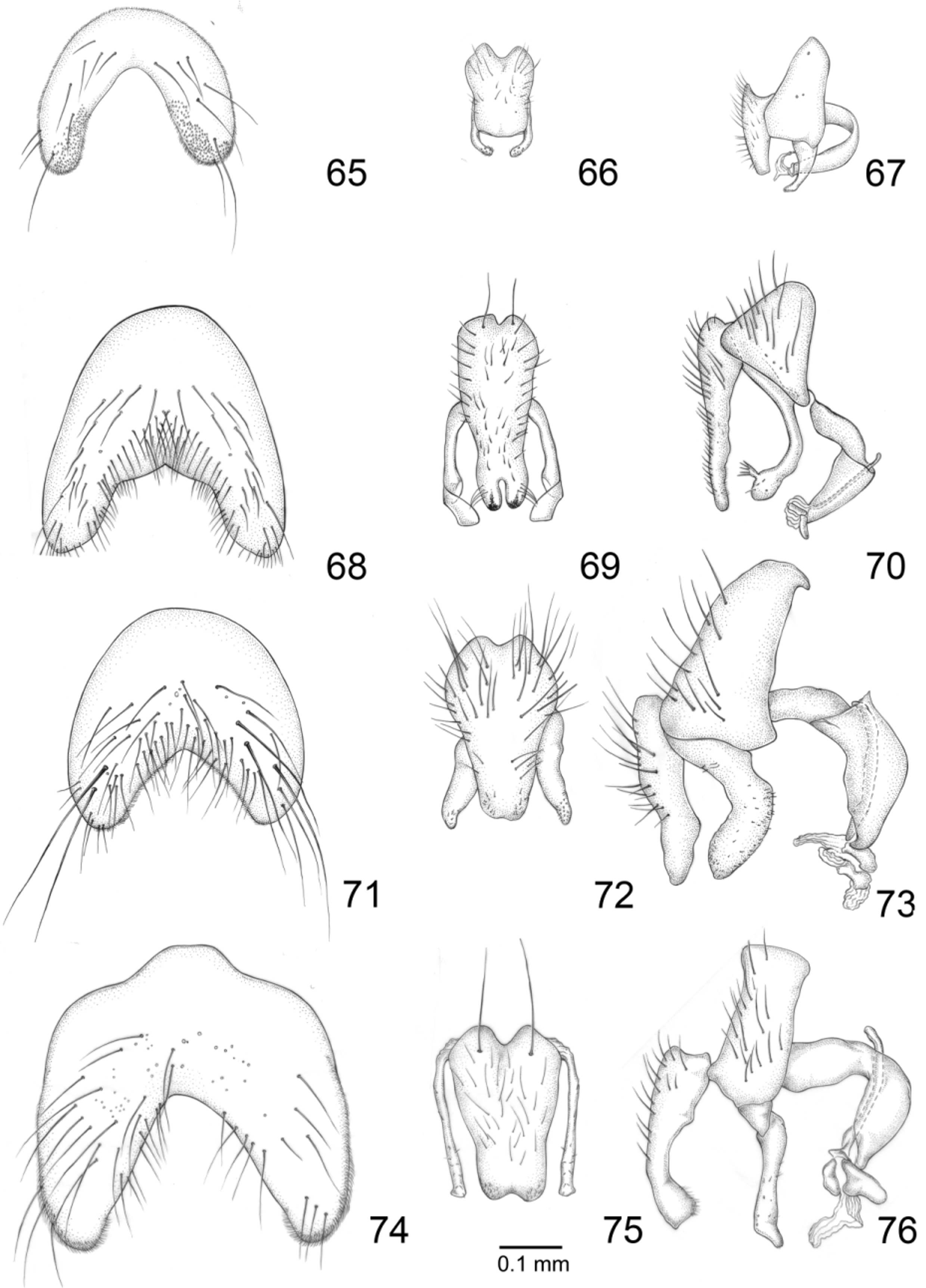