Diagnosis. General colour brown, with grey pollinosity; palpus brown; legs brown with grey pollinosity; antennal insertion a little projecting; postpedicel about 2.2 times the length of the pedicel; arista almost bare; scutellum with both pairs of setae present and long, and with setulae on disc; all katepisternals long and similar in size; lower calypter short and only slightly projecting beyond the upper one; haltere yellow; all legs in male with numerous fine and long setae; fore tibia of female with one median seta, in male this seta is present but is very fine and long like the other setae on all legs; male mid femur on apical half of anterior surface with a differentiated area covered with a dense, short, brown microscope pile; hind tibia with one median anterodorsal and one short median anteroventral; male abdomen with numerous long, fine, curved hairs like those on the legs; sternite 5 as in Fig. 116View FIGURES 113 – 124.

Notes. Originally described in Coenosia  . Males can be easily identified by the fine hairs on legs and abdomen and by the differentiated area on mid femur. One male paratype was dissected and illustrated. 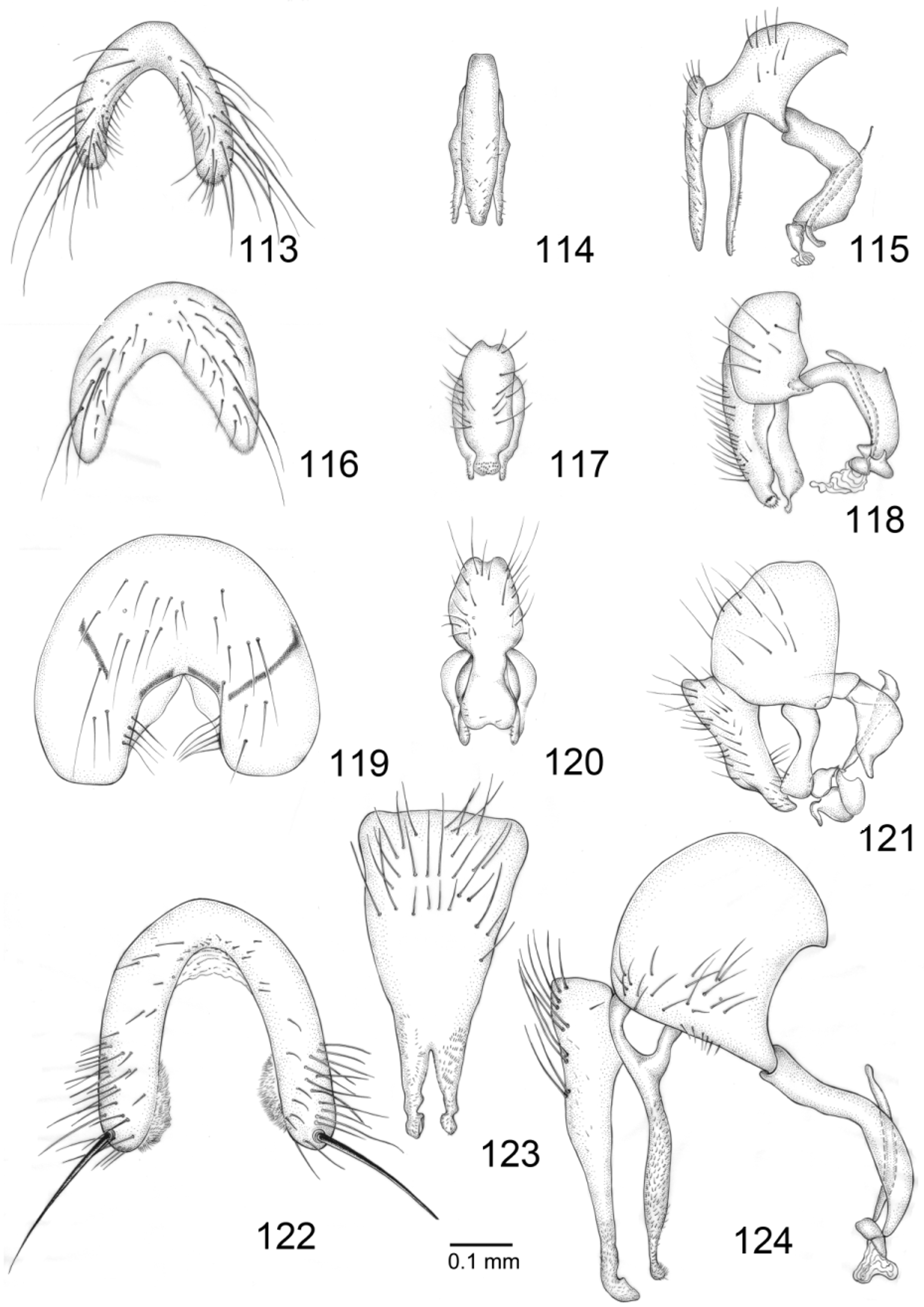