Diagnosis. General colour brown with grey pollinosity; scutum without vittae; palpus brown; haltere yellow; all legs brown; ocellar setae strong; frons more or less subparallel, not narrowed from base of antenna to middle of frons; frons at least as wide as an eye; arista with short hairs; scutellum with both pairs of setae present and long, and with setulae on disc; anterior katepisternal long; lower calypter in male 5–6 times as long as upper one and more than twice as wide, in female about 2.5 as long as the upper one, broadly rounded at apex; fore tibia with a long median seta; hind tibia with one median anterior and one anterodorsal, inserted almost at the same level; sternite 5 as in Fig. 92View FIGURES 89 – 100.

Notes. Included in the semifumosa group. Males are easily recognized by the very well-developed lower calypter. The name was made available by its inclusion in Emden’s (1940) key, whilst the formal description appeared a year later ( Emden 1941). One male paratype was dissected and illustrated. 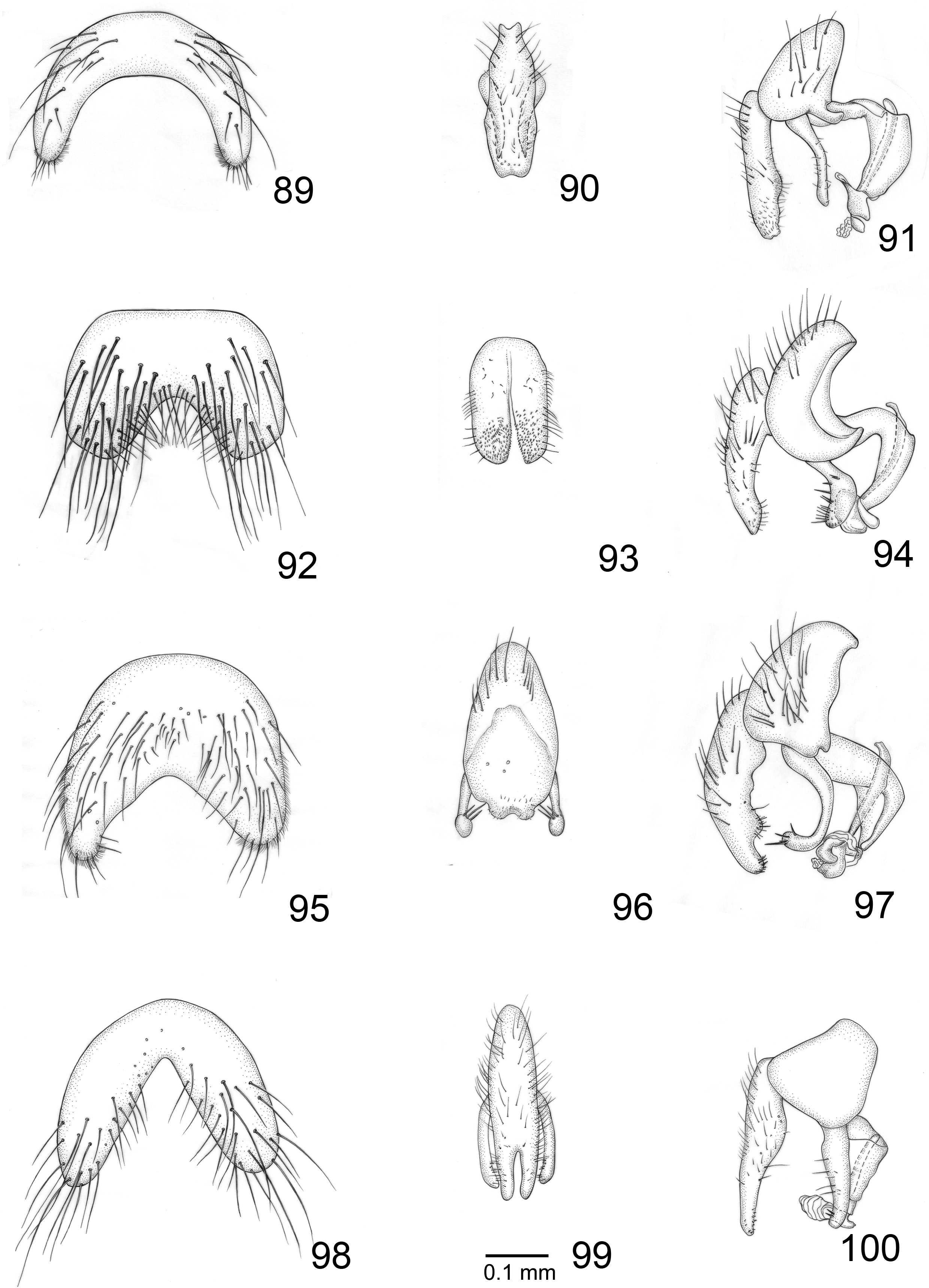