Skeleton. ( Fig. 13 b, d View FIGURE 13 ) The ectosomal skeleton is a reticulation of tracts which are packed by small diods (diactinal spicules) in all directions; other diods perpendicular to surface are disposed in a palisade-like arrangement. Altogether, conforming round meshes at the subsurface layer. Choanosomal skeleton dense and confused, spicules of all types in all directions.

Geographic distribution. All through the Greater Caribbean.

Remarks. Apparently, spicule sizes of P. onkodes can vary within a wide range of sizes. In the material studied, diods are within the range dimensions except with Zea’s measurements (Table II). Triod sizes are according with Uliczka (1929) and Pulitzer-Finali (1986), but smaller than those from Zea (1987) and Rützler et al. (2014). The calthrops are smaller in size within the material studied than those of the quoted authors. However, the differences in size are most probably owed to the differences in environmental conditions. Two more Plakinastrella species have been reported from marine caves, P. microspiculifera Moraes & Muricy, 2003 from Brazil ( Moraes 2011); and P. copiosa Schulze, 1880 from the Mediterranean ( Pouliquen 1972), not similar to the present species. 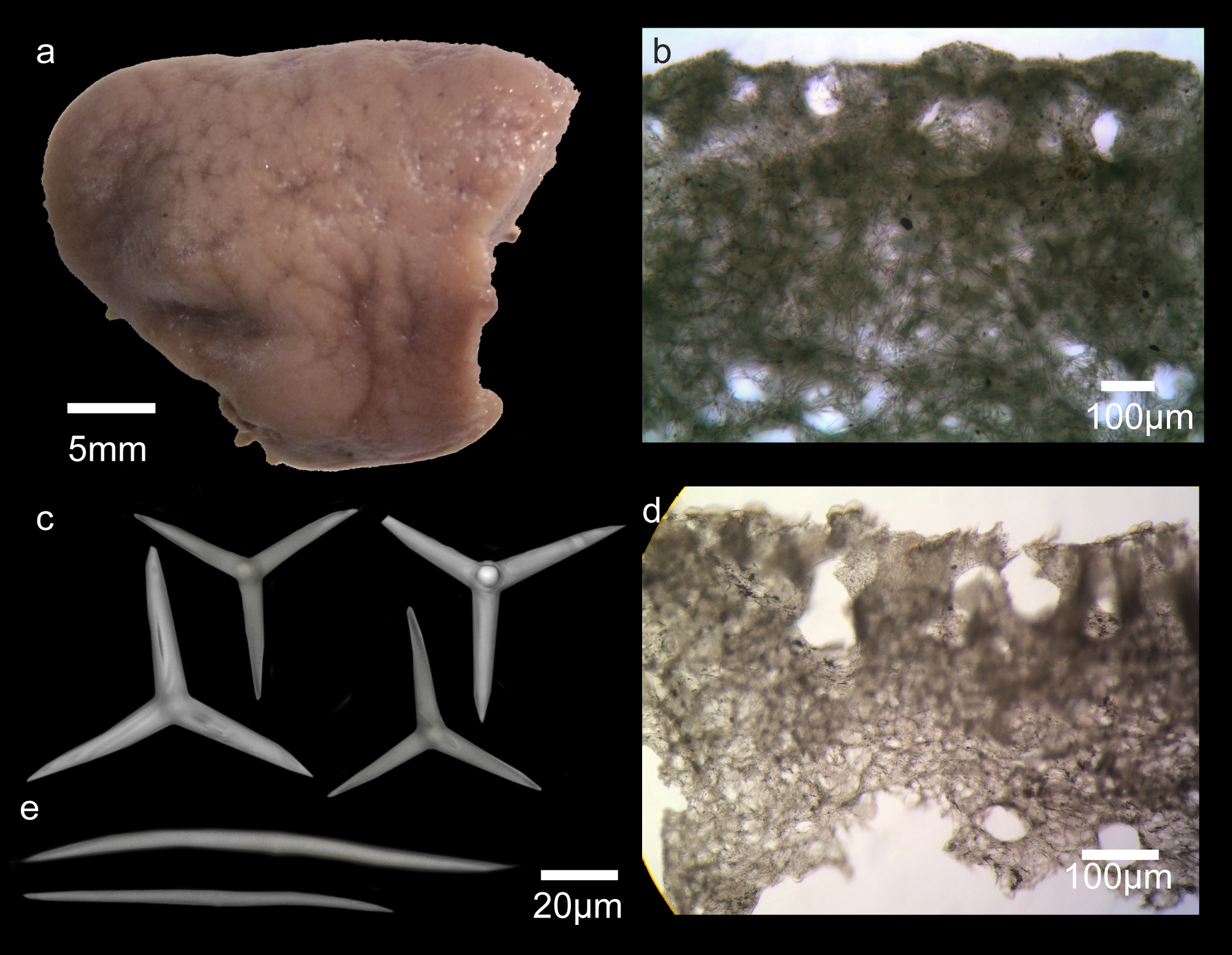