Forewings. Hyaline. Differing between sexes, slender in males and broader in females. Male forewings with an acute or sub-acute apex combined with a slight or shallow emargination before the apex or in some species with a rounded apex without distinct emargination. In females, forewings have a rounded apex without emargination. Pterostigma is mainly white ( Fig. 7 View FIGURES 3–7 (a)). Area between costa (C) and subcosta (SC), as well as anal area tinged brown. In most species, the subcostal and radial areas tinged brown with adjacent costal cells beyond pterostigma tinged greyish brown. Costal crossveins (or costals) (Cx) vary from 23–37. Hind wings very narrow, ribbon-like, with four distinct portions: the proximal portion near wing base pale or fuscous in colour, the portion before the dark area pale whitish, the dark area brown or dark brown, apical portion white. Setation black from wing bases to apical white portion ( Fig. 10 View FIGURES 8–10 ). Legs slender, covered with black setae, in some species the coxae covered with white setae; femora and tarsi either with or without tinged tips Tarsal segment 1 longer than segments 2–5 combined.

Abdomen. Cylindrical with short segments and very distinct brown or dark brown mid and lateral stripes ( Fig. 3 View FIGURES 3–7 ). In males, tergite 5 has short folds at hind margin with a pair of spongy structures, pleuritocavae, that open between tergites 5 and 6 ( Fig. 1 View FIGURE 1 (a)). Fore margin of tergite 6 is much larger than fore-margins of other abdominal tergites. These structures are absent from females. Setation of abdomen different in sexes, always longer and denser in males than females.

Genital structures of males and females are similar in the different species with no significant differences observed, so are of little value in distinguishing between species. In males, the gonarcus bears a long mediuncus and the gonolatus and gonosetae are present. Parameres long, fused apically ( Figs 4, 5 View FIGURES 3–7 ). Females with short gonapophyses laterales. 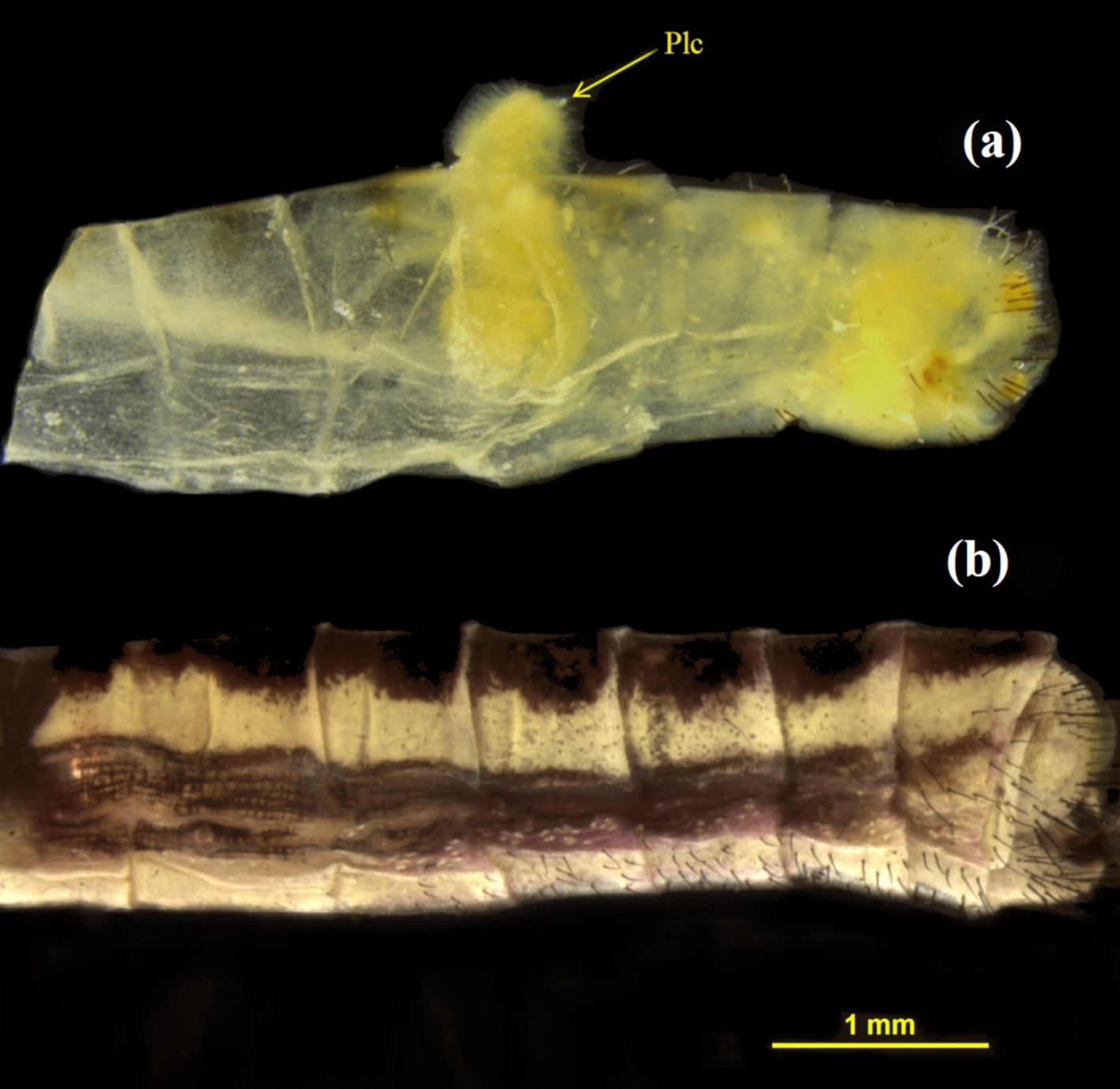 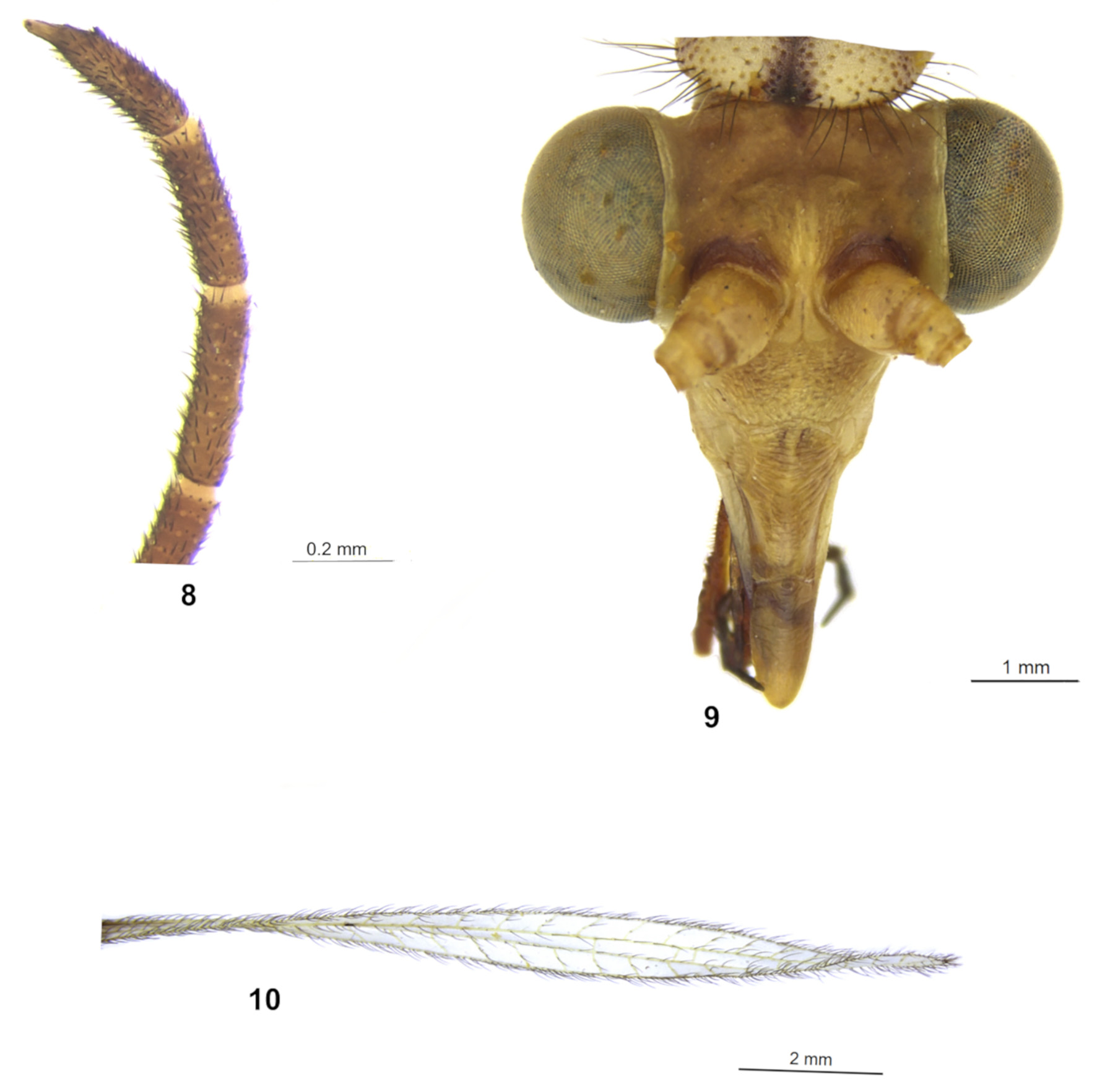