Diagnosis. This new species is superficially similar to the following new species, A. campestra   sp. nov. in forewing pattern, with a similar costal patch and a blackish streak in discal cell, but can be easily distinguished by the hindwing with the anterior expansion extended to 3 / 5 the length of costa and the rather different shape of the male genitalia as described in the following description of the species.

Etymology. The species name is derived from the Greek, grypho (= hooked) and the Greek suffix, odes denoting resemblance. 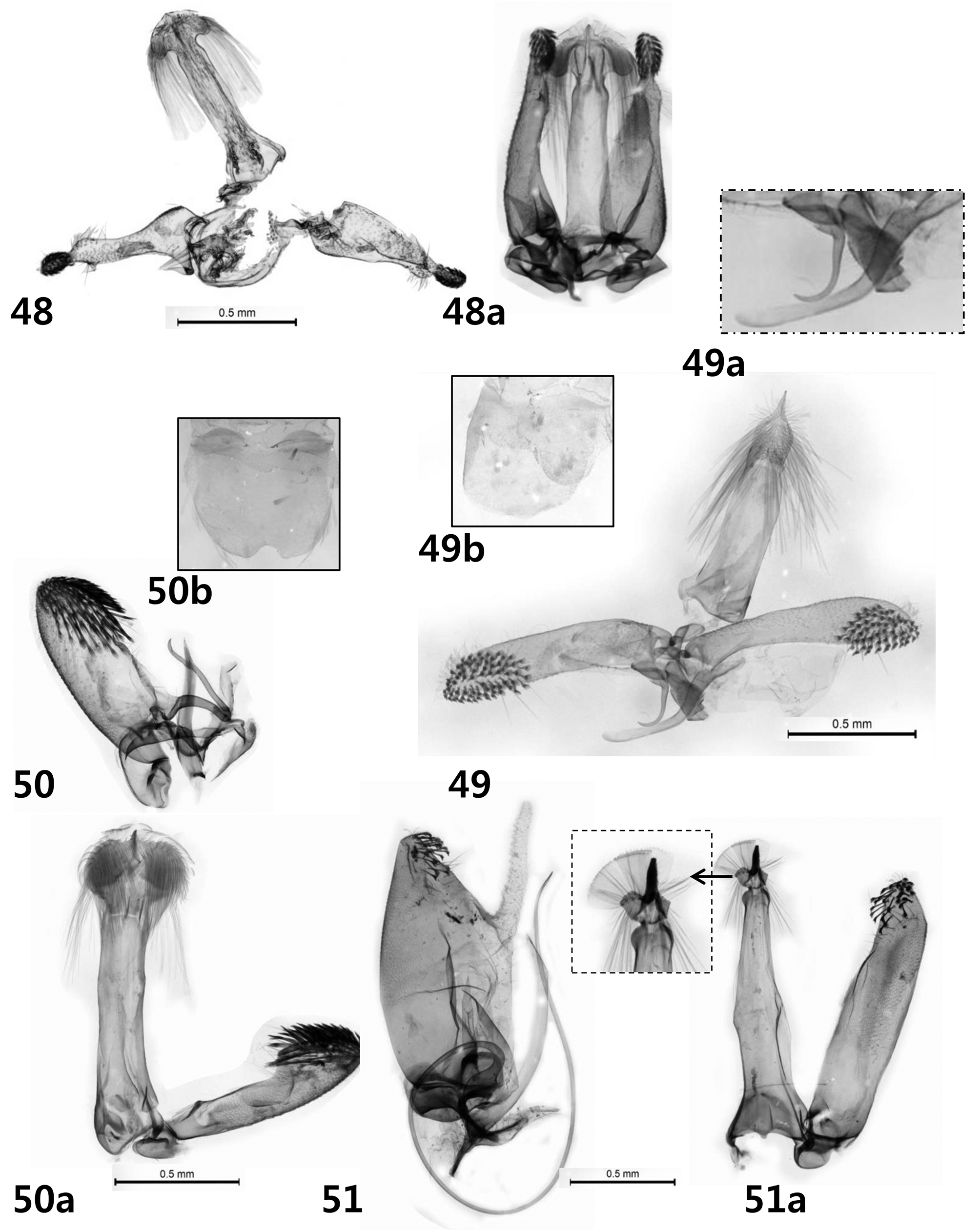