Remarks. According to Costa Lima (1962), the type series of Plaumanniola sanctaecatharinae  was composed of a female holotype and 11 paratypes. The holotype and five paratypes were originally in the collection of Costa Lima and six paratypes in the collection of Plaumann ( Costa Lima 1962). Lawrence & Reichardt (1966) stated that a single paratype specimen was bought by Reichardt from Plaumann and deposited "in the collection at São Paulo" (i.e., at Departamento de Zoologia). Currently three paratypes are housed at MZSP (email from S. Casari dated 15.03.2013), and I was not able to locate neither the holotype nor any of the remaining paratypes. Illustrations given by Costa Lima (1962) show that the general body shape and the structure of antennae of males and females do not differ, and structures of the paratype male studied during the present work match well images presented by Costa Lima. Later "redescription" by Franz (1990) was based on misidentified specimens (belonging to the new species described below). 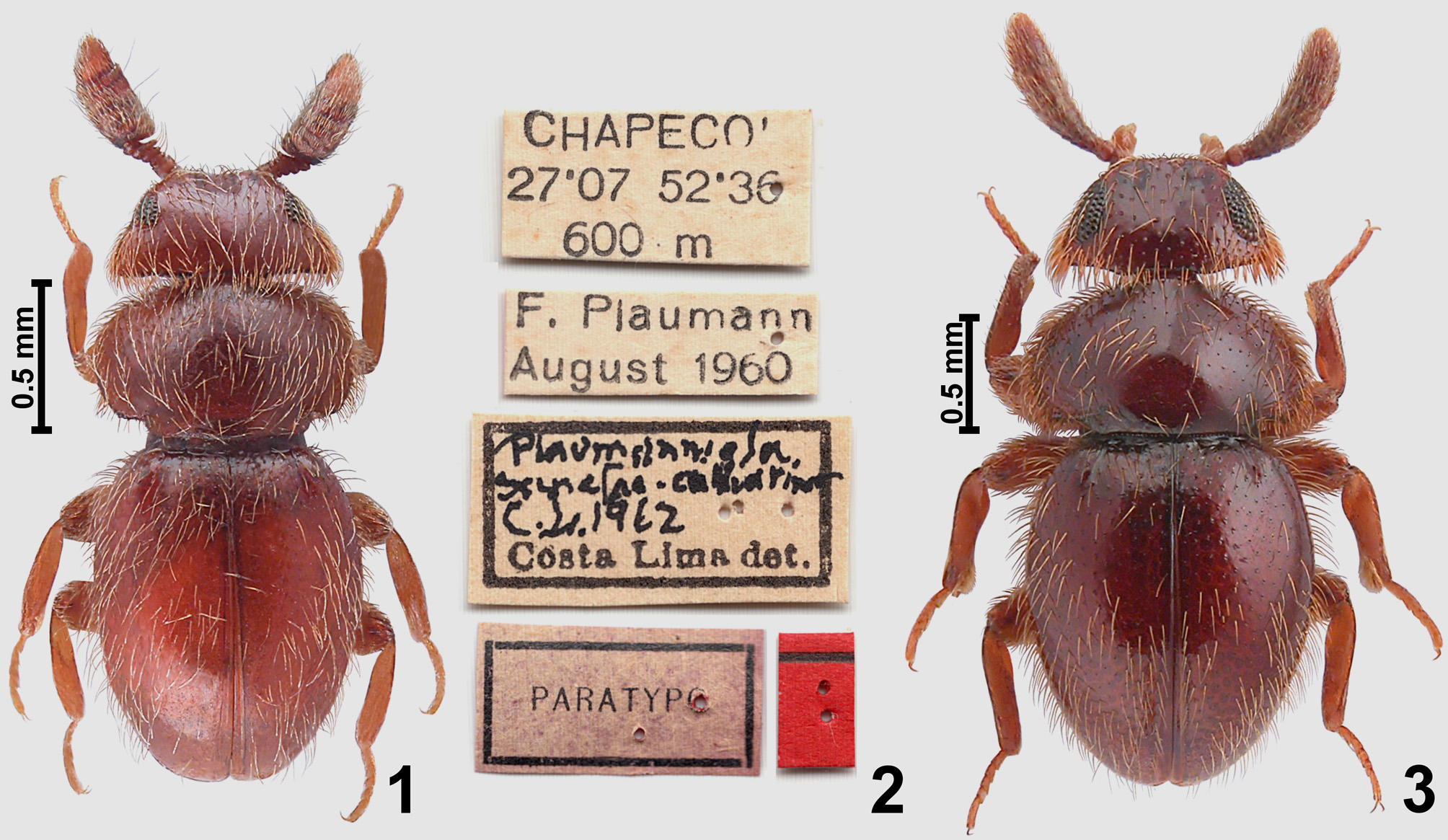 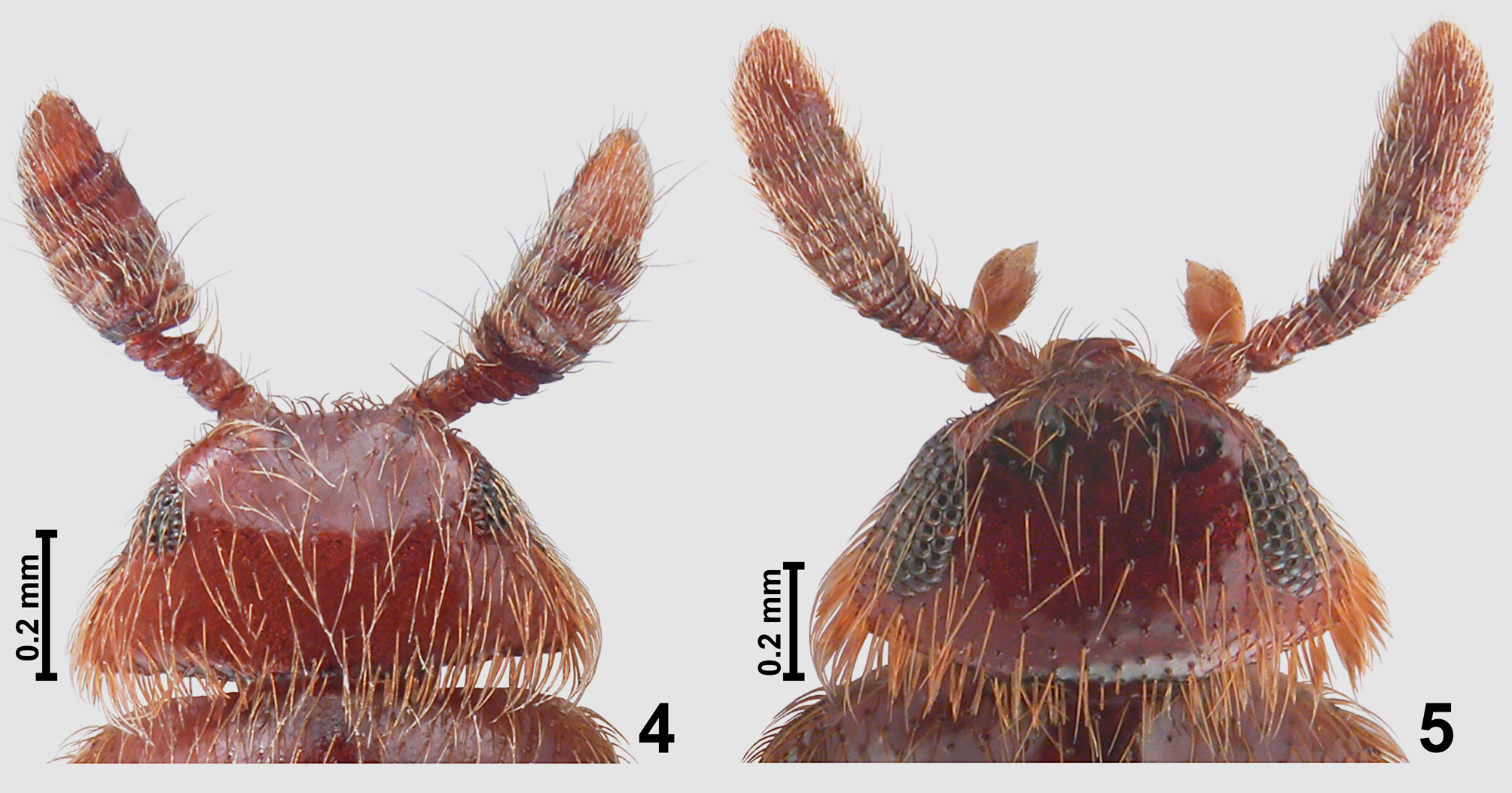