Affinities. Based on tergal ornamentation of the male, L. georgiae   possibly belongs to the prima   species subgroup within the hippopus species group according to Ravizza & Vinҫon (1998) and Ravizza (2002). Within the prima   subgroup, the male of L. ligurica Aubert, 1962   has similar paired anteromedial sclerotized processes on tergum VIII. In L. ligurica   they are pointed at the apices, whereas in L. georgiae   , the apex of each anteromedial process is rectangular. The posteriomedial sclerite on tergum IX is rectangular in L. ligurica   , the same sclerite of L. georgiae   appears as a pair of pigmented triangular spots, which are disconnected at the base. The females of both species are only generally similar in rectangular shape of subgenital plates with a bilobed posterior margin. However, the female genitalia differ in detail. The spermatheca of L. georgiae   has a strongly sclerotized central arch and caudally connected arms, similar to L. ligurica   and some members of the prima   sub-group. Both species are apterous and are distributed within a relatively small area in the different mountain systems. Leuctra ligurica   is known from the western edge of the Ligurian Apennines to the eastern margin of the Ligurian Alps ( Ravizza 2002); L. georgiae   occurs on the western slopes of Meskheti Range (Lesser Caucasus) in Adjaria, Georgia.

Furthermore, the styles of L. georgiae   resemble remotely the styles of L. tarnogradski   , which are short. L. georgiae   also differs from L. tarnogradski   by the different shape of the posteromedial sclerite on tergum IX, by the lack of ventral vesicle on sternum IX, by the lack of wings, and by the very different shape of the female subgenital plate ( Zhiltzova, 2003).

Distribution. Apparently, larvae of L. georgiae   occur in the Kintrishi River, near the town of Kobulety located in Adjaria in the southwestern corner of Georgia bordered Turkey to the south and the eastern end of the Black Sea ( Fig. 25 View FIGURES 25–28 ). The Kintrishi River flows down from western slopes of Meskheti Range (Lesser Caucasus) into the Black Sea. The Kintrishi River at the type locality on altitude 180–190 m a.s.l. flows through a canyon with a width 5–6 m ( Figs. 27, 28 View FIGURES 25–28 ). Despite the river being at flood stage, the water was clear, flowing at 0.3–0.9 m /s. Adults of L. georgiae   were collected walking on the snow.

Etymology. This species is named after Georgia, where it occurs. 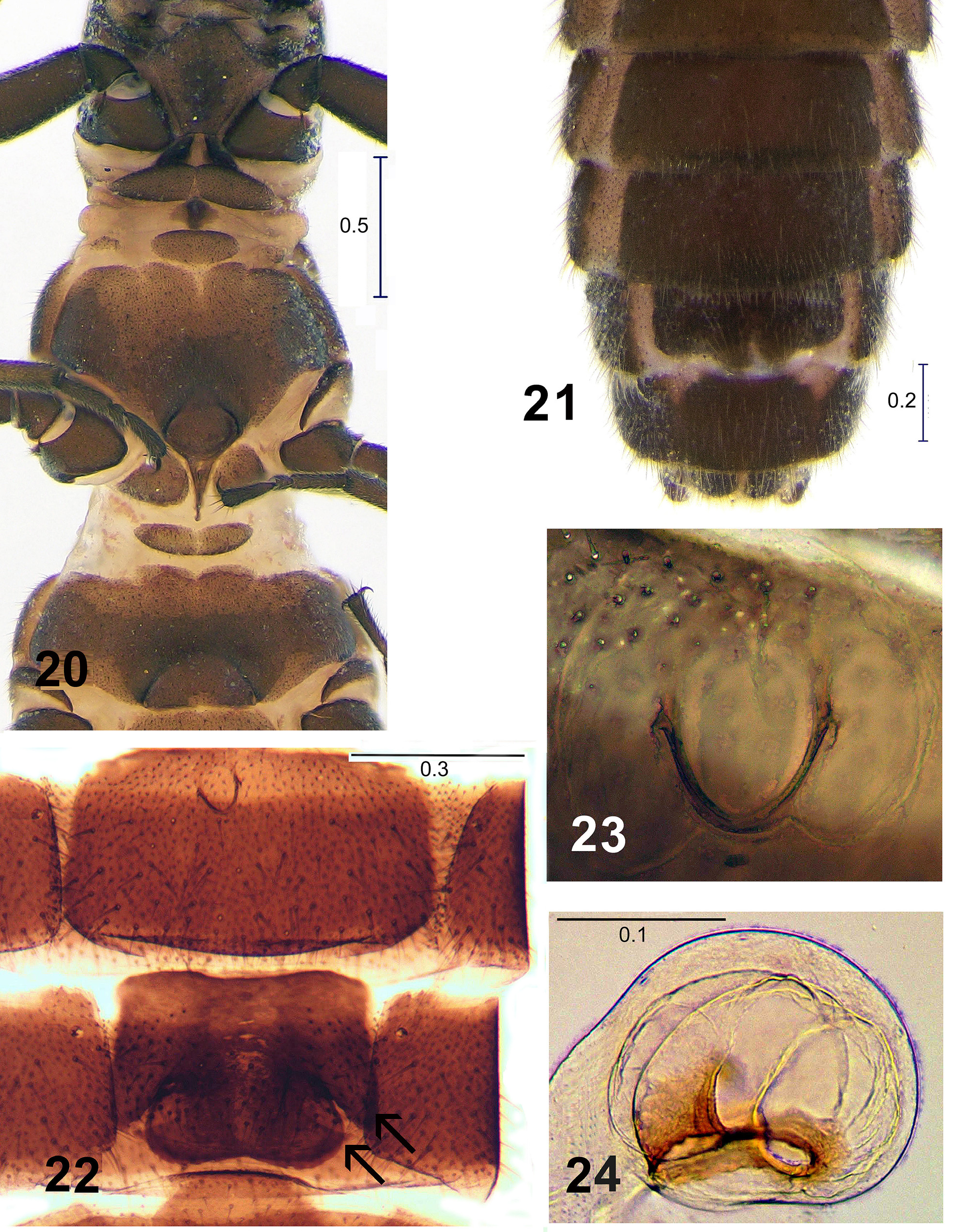