Etymology. It is a pleasure to dedicate the new species to Nataliya Budaeva, colleague and friend.

Remarks. Diopatra budaevae  sp. nov. differs from other described species without peristomial cirri by the following combination of characters: in being very small, its colour pattern, lacking lateral projections on its ceratophores, having smooth and long antennae, and bidentate pseudocompound hooks with short hoods and smooth shafts ( Table 1).

Distribution. The new species is only known from its type locality. 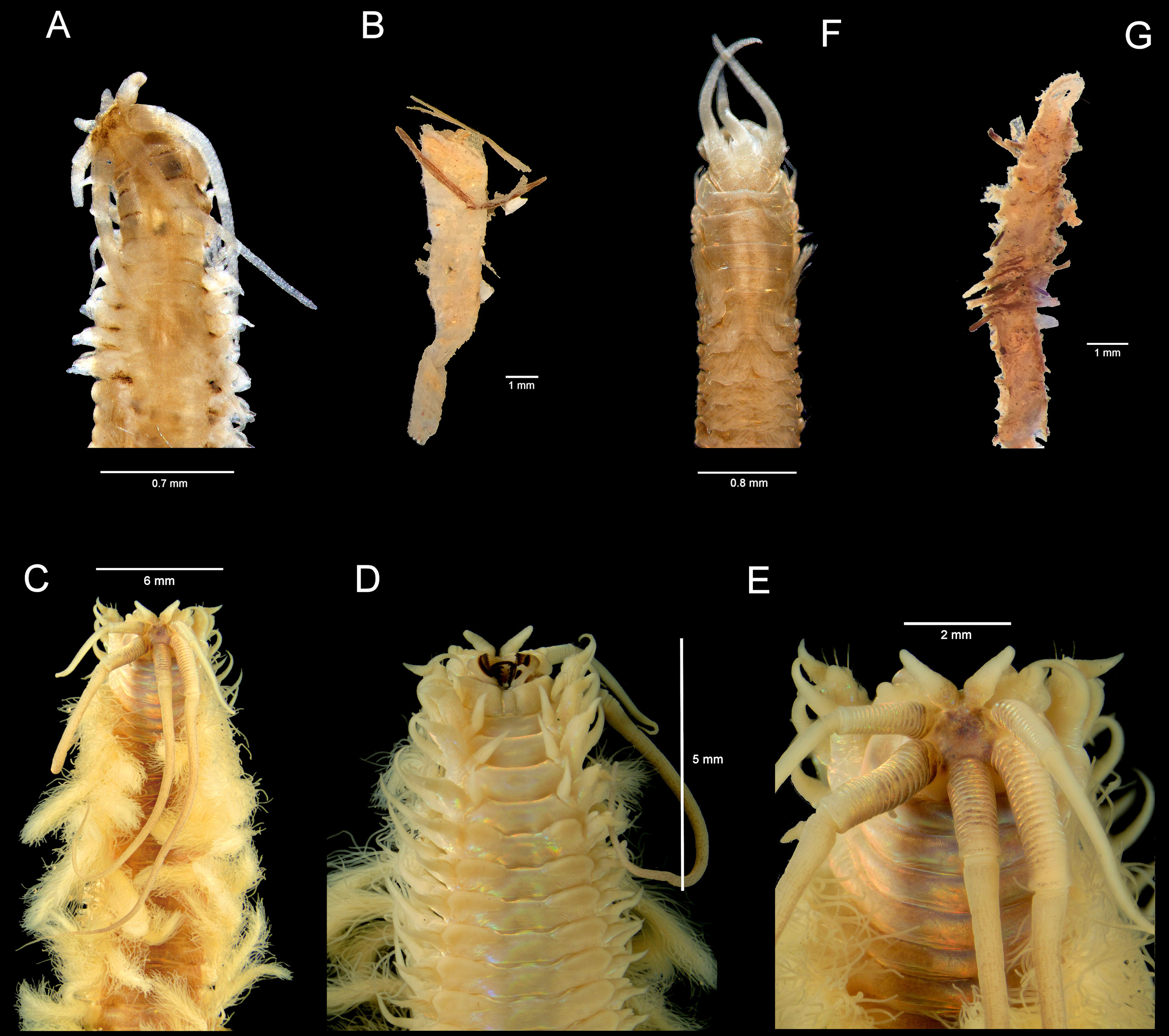