Diagnosis. Oxyropsis ephippia   is distinguished from its congeners by having a keel-like row of odontodes above the lateral-line canal on each median plate that is dominated by a single odontode (one closest to posterior margin of plate) conspicuously enlarged, typically one-third to one-half larger (along base-tip axis) than preceding one in same row ( Figs. 1 View FIGURE 1 A and 4 A) (vs. keel-like row immediately above lateral-line with odontodes of roughly equal size; Figs. 1 View FIGURE 1 B –D). It is further distinguished by having the sides of the trunk below the median series, approximately between plates 7 to 12, shielded by plates of the midventral series, with the exclusion of plates from the ventral series, which are visible only in ventral view of the trunk ( Fig. 2 View FIGURE 2 A) (vs. sides of the trunk shielded by plates of the midventral series and ventral series, the latter visible in lateral and ventral views of the trunk; Figs. 2 View FIGURE 2 B –D).

Odontodes uniformly small and evenly distributed dorsally on head, progressively arranged in longitudinal rows toward sides and dorsum of trunk. Subtle keel-like longitudinal row of odontodes immediately above lateralline canal on each median plate is dominated by single odontode (close to posterior plate margin above pore of lateral-line canal) that is conspicuously enlarged, typically one-third to one-half longer (along base-tip axis) than preceding one in same row ( Fig. 1 View FIGURE 1 A); keel-like row most noticeable in dorsal view of trunk between median plates 8 and 18. Enlarged odontode usually paired with similarly enlarged odontode below lateral-line canal.

Distribution. Oxyropsis ephippia   is recorded from Guyana ( Fig. 6 View FIGURE 6 ) on both sides of the shallow divide separating the Essequibo watershed (Atlantic Drainage) from the Branco (Negro –Amazonas Drainage). In the Essequibo Basin, it is known from the mainstem Essequibo, and two of its left bank tributaries (Burro Burro, Rupununi, and their tributaries). In the Branco Basin it is know from the Yuora River, a small tributary of the Ireng draining the southeastern limits of the Pakaraima Mountains.

The cichlid Guianacara dacrya   described by Arbour & López –Fernández (2011) occurs in many of the same streams (e.g., Burro Burro, Rupununi and Yuora), and shares a similar distribution pattern on both sides of the Essequibo –Branco divide. The two watersheds are intermittently connected in wet years (between May and September) when the Rupununi savannas between the Pakaraima and Kanuku mountains becomes a vast flooded plain known as Lake Amaku (Lowe – McConnell 1964). 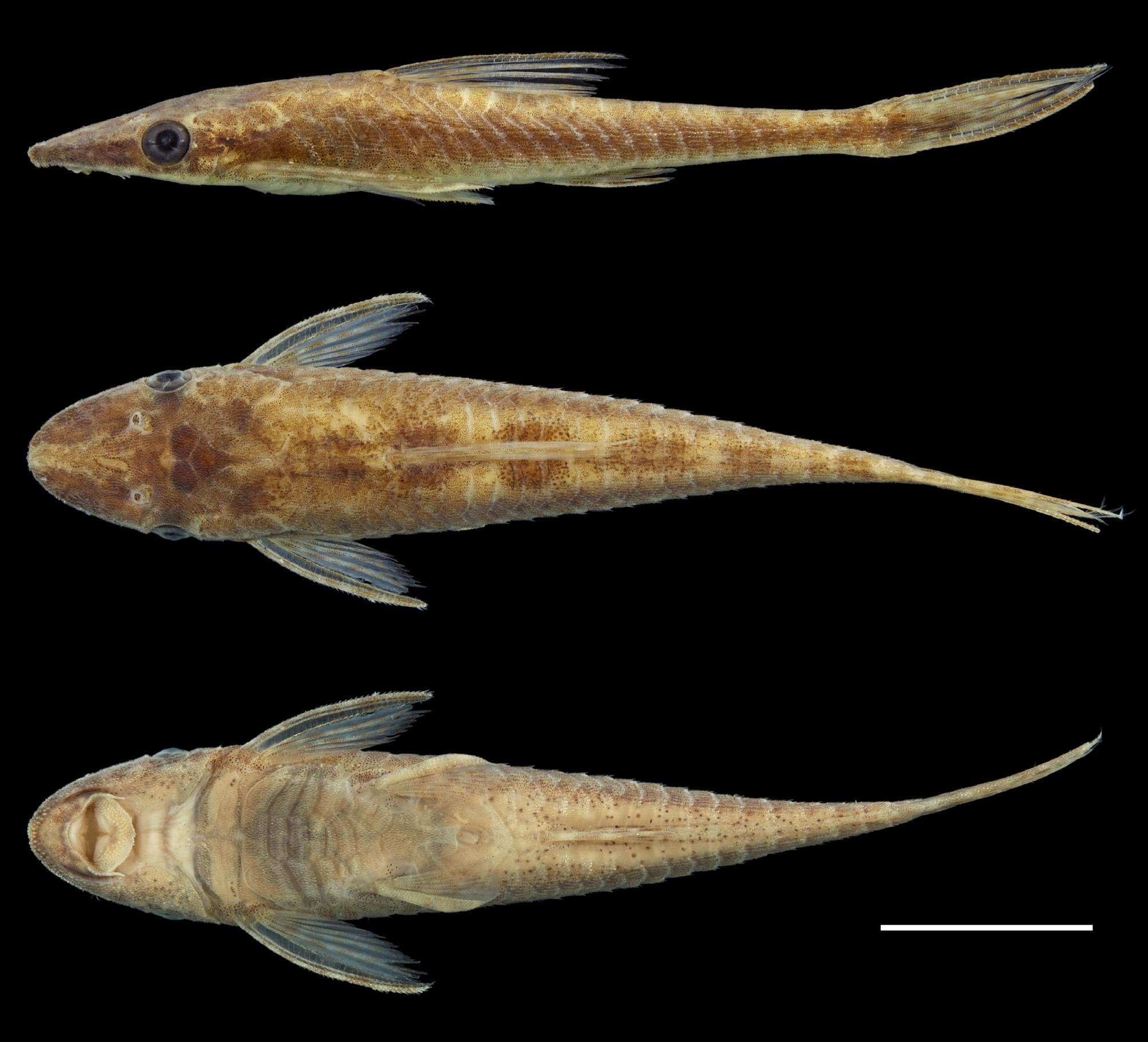