Remarks. The newly-collected specimens are about 0.7 mm long. Reisinger (1924 a) mentions lengths between 0.7 and 0.8 mm and Luther (1963) mentions a length of 1 mm. A small tail is present. Reisinger (1924 a) mentions that the protonephridiopores are situated ventrally, near the lateral rim of the body, whereas in our specimens they lie much more towards the ventral midline of the body ( Fig. 5 View FIGURE 5 A: pp). The copulatory organ is 70 µm long (measured on one specimen) and is provided with a conical pouch. Several groups of small, basophilic prostate glands end in the cirrus, which is 30 µm long (measured on one specimen). The length of the copulatory organ mentioned by Reisinger (1924 a) is much shorter than that measured by us, and at 30 µm, corresponds more to the length of the cirrus of our specimens. Therefore, it is likely that Reisinger in this case used the term "copulatory organ" as a synonym of what is normally referred to as the "cirrus". The cirrus is mostly straight, although in some specimens it bends in the proximal half. Moreover, in one of our specimens it became strongly bent after fixation ( Figs 5 View FIGURE 5 B–E). Its distal half is lined with sclerotized warts, which increase in size towards the most distal end and become somewhat pointy. A bursa is lacking. The oviduct forms a seminal receptacle.

Our and Reisinger’s (1924 a) specimens are similar as to the lining of the cirrus. Luther (1963), on the other hand, mentions a smooth “cuticula” (probably a sclerotized part) in the proximal part of the cirrus, which can become folded. Moreover, Luther (1963) mentions a cirrus that becomes much wider proximally and bears 1–1.5 µm long hooks. Finally, Luther’s (1963) figure 3 F shows a copulatory bursa, which is absent in Reisinger’s (1924 a) and our specimens. Based on these findings it seems plausible that the specimens studied by Luther might represent a different species.

Because of the different position of the protonephridiopores mentioned by Reisinger (1924 a), and because it is not entirely sure whether indeed his measurements of the "copulatory organ" only refer to the cirrus, we refrain from designating a neotype for A. nemoralis . 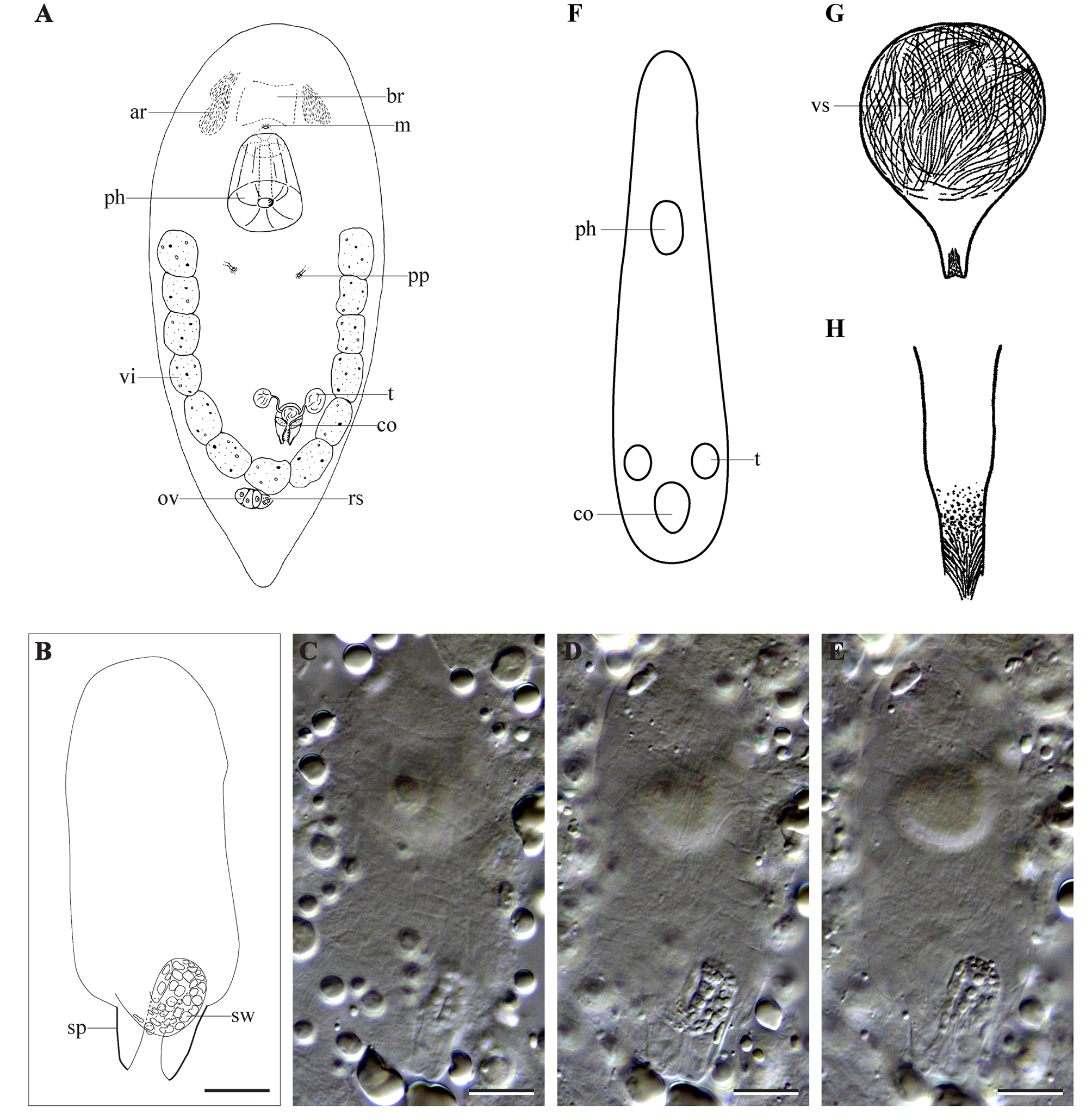