Etymology. The species name is derived from name of country of origin, India.

Comments. The genus Pseudectroma   contains 11 world species (Noyes 2012), of which one species, P. samarae Hayat (2010)   , was described from two brachypterous specimens. The holotype of this species has the fore wing venation reduced to a single vein, whereas in the paratype all the veins are present. Similar short winged forms with complete venation are known in Encyrtus coorgensis Hayat & Zeya   , sp. nov. described in this paper, in Prochiloneurus bolivari Mercet   (Japanese specimens and the Indian specimen recorded in this paper) and in the Palaearctic species of Pseudectroma   , P. europaeum (Mercet)   . 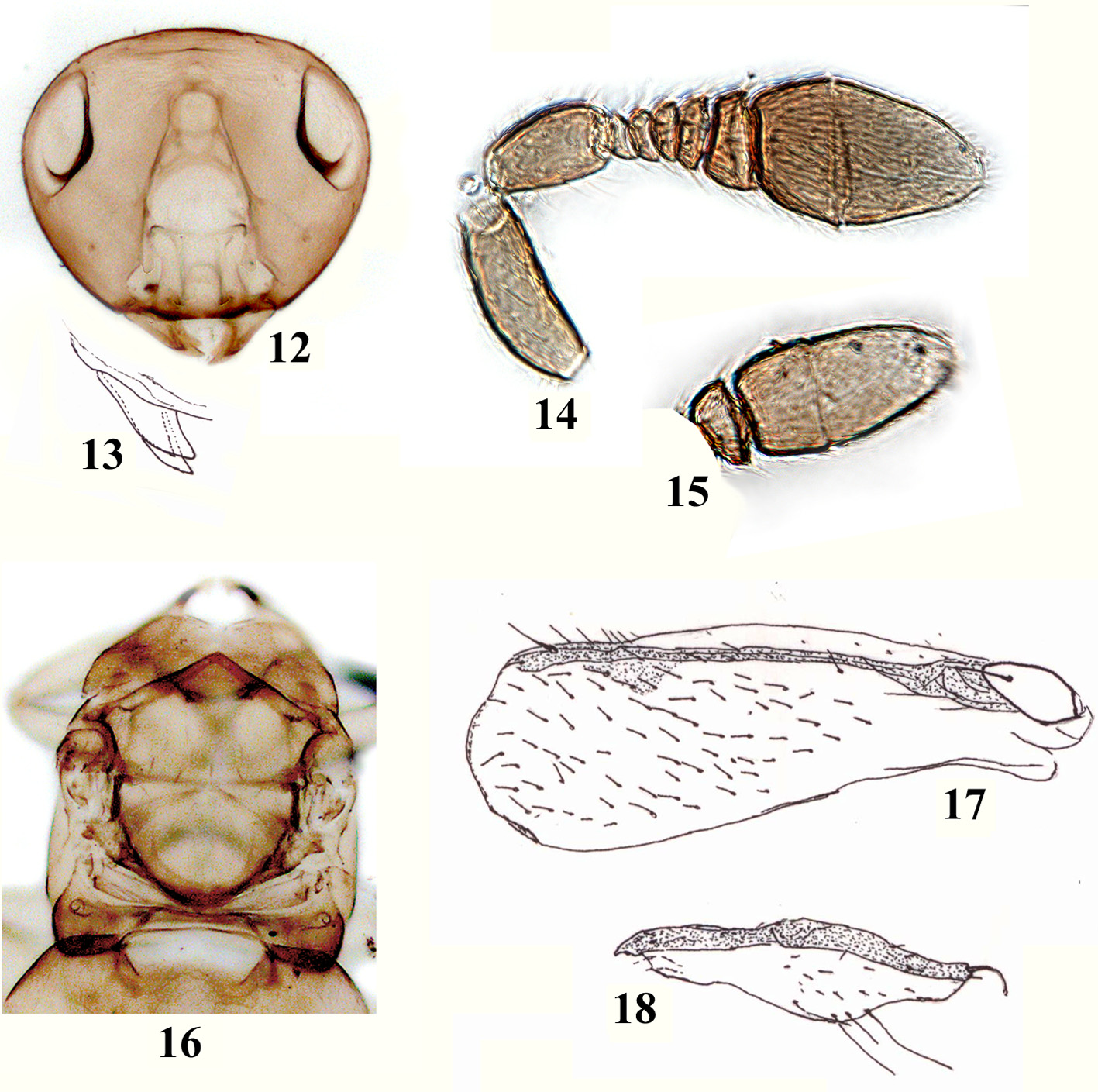